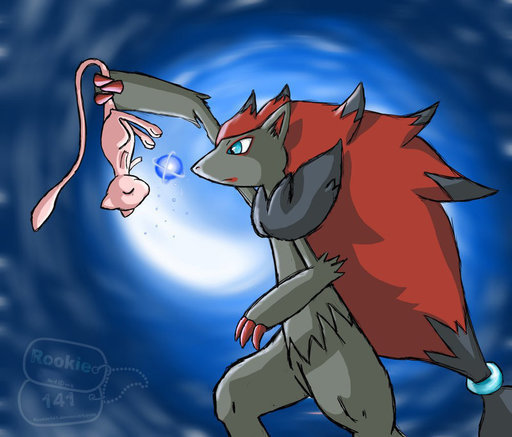 11 Reads
0 Favorites
Get the App

Once upon a time in the land of Pokemon, there was a Zoroark who was very noble, wise, smart, super skilled battler, experienced, and much beloved by all the Pokemon. He was always loyal to all of the Pokemon. He protected them when they were in trouble, he helped them with their problems, he played with them, he was always there when someone needed a friend. All of the Pokemon near where Zoroark lived looked up to him, knowing that he will always be there for them. One day, a different kind of Pokemon hovering across the land at a graceful pace, passes Zoroark's cave. He had never seen a Pokemon like that before, he wanted to find out more about the mysterious Pokemon, so he followed it. The mysterious Pokemon stopped to smell the flowers, but then knew someone was behind them, the Pokemon turned around and saw Zoroark, the Pokemon smiled and said, "Good morning! A beautiful day isn't it?" Said the mysterious Pokemon. Zoroark got nervous for some reason, when he saw the mysterious Pokemon smile and said hello his heart started to race, he had never felt this type of emotion before. "Yes it is a nice day," said Zoroark looking at the sky, "I'm Zoroark, I protect the Pokemon that live around here. My cave is up that hill." Zoroark pointed up to the hill where his cave was. "Cool cave!" Said the mysterious Pokemon. "My name's Myu! I don't really have a home. I just go all over the world! Meeting new people and Pokemon and making new friends! So basically the world is my home!" Said Myu happily. Myu wagged her tail and spun around and around until she made a big pink bubble. She started to bounce on it. "Wanna try?" Said Myu. "Uhh, bounce? Um I'm more of a jumper but sure." Zoroark jumped on the pink bubble and started laughing with joy! The two Pokemon got to talking with some Oran berries for a snack. Zoroark's face would turn red when Myu would compliment him in some way. Zoroark complimented Myu, and she blushed and giggled and giggled. Zoroark offered to have Myu stay in his cave for the night, he said that she's welcomed here as long as she wants. Myu, happy and feeling very loved, flew up into the sky at lighting speed and make giant bubbles in the air causing them to pop, making them look like fireworks. Some of the Pokemon noticed them and came out to see and look. Myu said hi to all of them and the Pokemon started to accept Myu right away like one of the family. That night Myu was so tired out that she fell asleep on Zoroark's tail. When he noticed, he wrapped his tail around her that way she wouldn't get a chill. Zoroark slept happily that night until dawn.

The sunrise opens up to the land of Pokemon near Zoroark's cave. Myu, still fast asleep on his tail, Zoroark carefully lifts his tail up, along with Myu hanging onto it in her sleep, puts her on a pile of leaves to replace the comfort of his tail with the leaves. He leaves the cave, looking around to make sure it's safe. He soon scurries off to grab some breakfast for the two of them. Zoroark comes back with handfuls of Oran, Pecha, and Lum berries for him and Myu to eat. He sets the berries up on a tree stump making it nice and fancy. Myu wakes up and hovers out of the cave wiping her sleepy eyes. "Good morning Zoroark....boy am I tired, I really tired myself out with those bubbles popping last night didn't I?" Said Myu rubbing the back of her neck. "They were beautiful," said Zoroark, "just like you." Zoroark's face reddens. "Why thank you Zoroark!" Says Myu happily wagging her tail and giggling. She hovers over to the tree stump to find a berry feast waiting for her. "Zoroark," Myu started, "Did you do this for me?" She asked blushing. "Yes I did. For us, listen, yesterday, when I first saw you, I felt this feeling I've never had before, and I rarely feel any emotion at all. It was warm and fuzzy and soft. Do you know what it is?" Zoroark asked. "I had the same feeling when you offered me to stay in your cave last night," said Myu, "I had a dream last night that I was cuddling with you, your fur is so warm and soft, like that feeling you had." Said Myu smiling. "Makes sense why you were holding onto my tail so tight while you were sleeping." Zoroark replied. "Oh was I? I'm sorry. I often hold onto this really tight in my sleep." Said Myu giggling. "No your fine Myu, I was just fine with it." Zoroark said, "I'd still like to know what that feeling was." Zoroark looked up. "I think I might know what that feeling is." Myu said grinning. "Really? What is it?" Zoroark asked curiously. "I'll show you after breakfast." Said Myu eyeing the berries. The two munched and munched on berries for a long time until their tummies were full. After that Myu looked at Zoroark. "So how are you gonna show me what feeling I'm feeling?" Zoroark asked. "Just close your eyes and you'll feel it." Myu said. So Zoroark closed his eyes, and waited. Myu got close to Zoroark and kissed him on the cheek. Zoroark's ears perked up instantly and his eyes opened. "It's love." Myu told Zoroark. Then she hovered off over the hills and disappeared. Zoroark still in shock, now knowing what feeling he was feeling, but also knowing that Myu was having the same feeling as well. Zoroark thought that was the last time he would ever see his acquaintance. To him she was a princess, a diamond, his true love. Later that night Myu teleported in front of Zoroark while he was on his patrol, scaring him he almost used shadow claw. Once he saw it was Myu, his shadow claw disappeared. "I thought I might never see you again." Zoroark said. "Why would I leave such a

noble prince?" Myu told Zoroark. "You have probably been the most kind out of all the Pokemon on Earth. Even though we've only known each other for a short amount of time, I'd like to spend more time with you if that's ok." Myu explained. "I'd like that too," Zoroark said, he got down on one knee and bowed to Myu, "As long as I am here I will protect you and keep you safe, my princess." Zoroark proclaimed. Myu bowed her head, "And as long as I am here, I will love you and care for you, my prince." She went into Zoroak's arms and held onto him as he did the same. "This land will be our kingdom," Zoroark said, "we will treat each Pokemon with kindness and respect, and protect them and love them for who they are and help them out when they are in need." Zoroark said proudly. "Agreed, I won't be afraid, as long as you are on my side." Myu said with her eyes closed. Myu looked up at Zoroark as Zoroark looked down at Myu, he licked her cheek, and she kissed his cheek back. After that Myu's body began to have a blue glow around her, Zoroark had one too. Myu was using her psychic powers to lift them off the ground and flew up into the air and went around all over the land until the moon rose up into the sky.

The two lovers flew across the night sky and looked up at the stars, down below at the land, and across the horizon. Myu and Zoroark landed on the top of Mt. Moon, as the two of them look up at the starry sky. "Wasn't that the most beautiful site you have ever seen Zoroark?" Myu questioned. "Yes but not as beautiful as you my diamond." Zoroark complimented and licked Myu's cheek. "Your so sweet," Myu told Zoroark, "I love being with you, I love everything about you. Your just so different, in a good way, from all of the other Pokemon. Me, being probably the most powerful and mythical Pokemon on Earth, well it's kinda hard trying to find a nice, quiet place without trying to get captured." Myu explained. "That must be hard for you, but as long as I'm here, I won't let anyone hurt you or take you away from me, my princess." Zoroark bowed and took Myu's hand and kissed it. Myu smiled brightly, as she wrapped her tail around Zoroark's hand, causing his hand to have a calm, peaceful heartbeat. The Myu, almost falling asleep, forgot that she had to fly her and Zoroark back to their cave, so she quickly flew her and him back at Zoroark's cave safely. When they landed, Myu fell asleep instantly. It must be hard work for a little one like her to carry the both of them to such a far place and back. Zoroark picked up Myu and carried her on his back rubbing her back gently. He went inside his cave, lied against his soft wall rock, as Myu fell asleep on Zoroark's chest mumbling in her sleep, he whispered "I love you" in her ear and licked the top of her head.  As prince guarded his slumbering princess he fell fast asleep. And then the two lovers protected the land of Pokemon together and lived happily ever after! The End 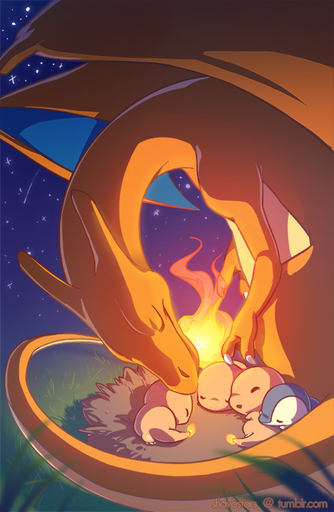 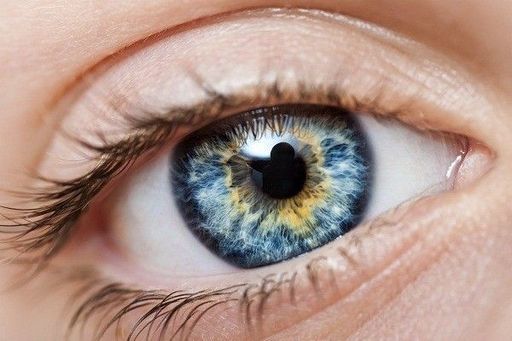 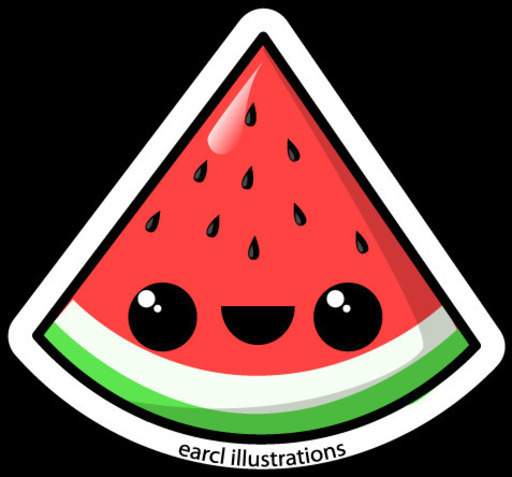 Do you like watermelon? Do you like talking fruit? Then read this short story about a watermelon named Willa!