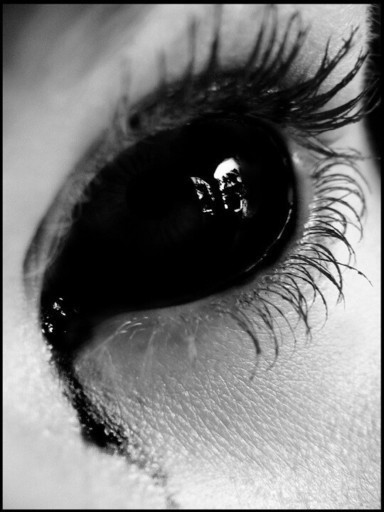 This is a creepy short story about a boy who lost his mum and now he knows why but not how.

My grandfather lies there staring intently at a crack in the ceiling. I know he only has a few more minutes to live and I can tell he knows too. I want him to say something.

As if he heard my thoughts he starts to mumble.

“Lila, the guilt is eating away at me.”

“What do you mean?” I whisper

“Your mother, the murderer”

“What are you trying to say grandpa?” I want to make eye contact with him but he is still staring at the ceiling. He is speaking as if he doesn’t want to, Like something is Forcing him to do it.

“I could have gone to prison because a man was going to tell the police but..”he swallows hard

“But what?!” I am starting to get frustrated.

“look, I am running out of time. What I need you to know is that I was possessed when I killed your mother and the person, I mean thing, or creature, or...whatever it is, is going to pass on to you when I die. Do not, i repeat, do not...” he is finding it hard to speak.

“What grandpa, do not what?”

“do not ang-anger him.” and those were his last words. He was gone. Eyes open, still staring at the crack in the ceiling. Tears rolling down my face. There are still so many questions.

I am lying in bed, wide awake. There’s too much in my mind. I didn’t even believe in anything paranormal and now I have just found out that that was the reason my mum died. I just don’t understand. My life had only just started being normal and now this. The worst thing is, I can’t tell anyone. even if I did they wouldn’t believe me. They would think i'm psycho.

It's been three days. I still can’t get my head round it. Whatever it is. I am in the car with my dad and I haven’t told him anything. Obviously he knows that my grandpa died and that I was with him. But nothing else. I feel like maybe he already knows. He is really over-protective of me. Especially when he is putting me to bed.

My dad just stopped at the petrol station and has gone to the shop. It’s been a while. More than 10 mins. I’m getting worried. Its starting to get dark and I don’t like being in the car alone. No one's around. I just want to go home. Come on dad. It’s been 15 mins. This isn’t funny. Before, I just thought he had to buy a lot of stuff but it has been way too long.

What is that? There is this quiet tapping noise. It is kind of like something is banging against metal. It is getting louder. Going at the same pace as my heartbeat

Its stopped. Silence hits me like a brick wall. Literally. My head hurts. My stomach aches. My heart throbs. My ears ring. My eyes sting. What's happening to me? Where's dad. Dad? Is that you? Why do I hear whispering?Dad? Please tell me thats you? What language is it. Its is getting violent. It sounds like it is hissing. Piercing my ear drums as it gets louder. My head is getting worse. Everything is blurry.

I thrash my head to the back of the car. Nothing. I tilt my head up. A dent. A massive dent. Right in the center of the car roof. Is something on top of the car? My heart is racing. I feel something squeeze my leg. I vigorously turn my head to face forward. Nothing. I look in the car mirror. A figure a black figure standing by the back of the car. I stare, too scared to make eye contact with it. My grandpas words replaying in my head. Like a broken record.

I was possessed when i killed your mother.

My heart is racing. Thudding in my ear drums. It is getting fast. So fast  it has turned into more of a hum. Like a hummingbird. I wish I was a humming bird, so i could just fly away into a different world. Where everything was good. No people getting possessed. No spirits. No fear. Just me and my mum. Happy. But no. I am still in the car, staring at this figure. It staring back at me. I feel like my eyes are burning. Melting away. I close my eyes. Open them, and the figure is gone from the reflection in the mirror. I look through the car window. And there, standing in front of me, in the middle of the road is the black figure. Staring at me.

In its hand is a pole.

At the end of it is my father. Just his head. His eyes. Empty, hollow, cold, lost. Like a well with no bottom, just darkness. I am Sucked into them, like a black hole, and I can't bear to tear my gaze away.. as much as much as I want to. 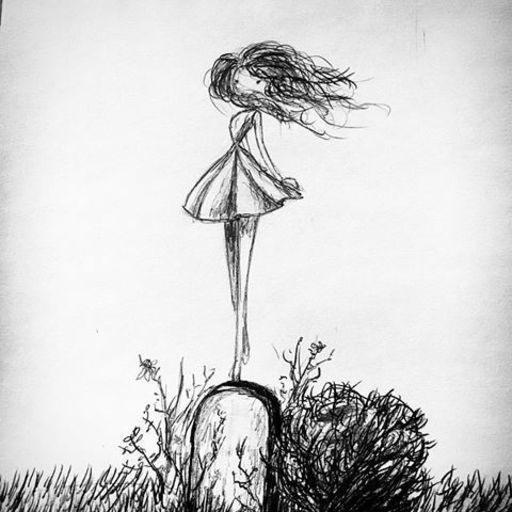 This short story is something that I unfortunately had to experience when I was 12. I didn't want to post it but I thought it might be relatable to some people or help them by showing that other people are in similar situations. I hope you enjoy!