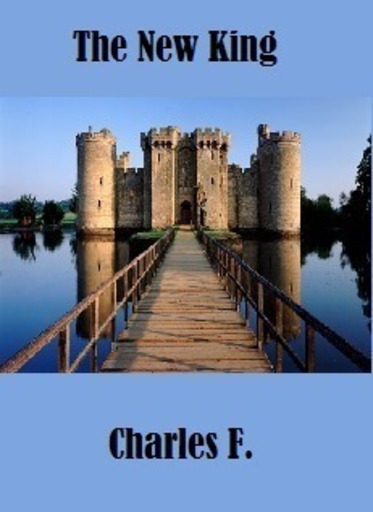 After the death of King Jackson, his son Marcus assumes the throne. But what he doesn't know is that there is a plot to assassinate him.

17 Reads
0 Favorites
Get the App

The commonwealth has been in turmoil for the 5 years and it only has gotten worse since the day King Jackson died. Prince Marcus of Wales is currently making preparations for his coronation, while his brother Prince Louis of York along with Princess Daphne of Cambridge are making preparations for their father’s funeral. It has only been twelve hours since the King’s death and Buckingham Palace was in a panic.

“I need this speech done in the next hour.” Prince Marcus commanded.

“Oh course you highness, right away.” The royal speech writer replied and excited the room.

These last twelve hours had been the most exhausted of Prince Marcus’s life. In two hours we would be making a speech to the entire world stating that he intended to take the throne effective immediately without a coronation ceremony. He knew that something like this has never been done before, but he wanted to let the world know that the most powerful commonwealth was not weak. Just because the head of the snake had died, that does not mean the nation dies along with it. The snake grows a new head and continues its duties.

Marcus sat down on the golden couch in the east drawing room, the same couch his great great grandmother Queen Elizabeth II had sat on. All around him was history good and bad and now was his era, his time to make his decisions.

“Your Highness, we need to leave now if we are going to make it Westminster in time.” The Lord Chamberlain stated.

“Of course, we will leave right away.” Marcus replied and proceeded to follow him out of the room.

Parliament was in the middle of an emergency mandatory meeting when they were informed that Prince Marcus was on his way to Westminster.

“He must be stopped!” Called out an anonymous lord.

“What you all are proposing is treason!” Another yelled.

“The prince will ruin everything we have been working towards this last two year, something must be done.” The Speaker of the house called.

The chamber of the House of Lords was at least in agreement on one thing, they "new" soon to be king had to be dealt with. But now it was a matter of how they would deal with home. The speaker of the house knew that parliament was no place to talk about such acts of treason, so we made a plan.

"You understand that if you are caught, that you could face treason charges and or death." A hidden figure questioned from behind the alley way of the local pub.

"I knew the risks from the first minutes, I understand this is a sensitive subject." Alec replied.

"Okay, so in this envelope is everything you need to achieve our goal." The mysterious man said, while passing Alec the envelope.

"I understand, and the agreed amount is included as well." Alec questioned.

"Of course, no remember this meeting never happened. Once you are done with the documents, burn them. Understand?" The man questioned.

"Yes of course, let's go kill ourselves a prince." Alec replied and walked away.

But little did they know there had been a third figure in the alley observing the conversation as well. Sir. Patrick Grimley was horrified and something needed to be done in order to stop this plot. But what?

"Sir you have to believe, there is a plot to kill the prince." Sir Patrick pleaded.

"I'm sure there is but sir you need to go home now and have a nice cup of tea. It has been a rather cold day." The office replied.

"But you are going to look into it?" Questioned Patrick.

"Yes we will, you have a good evening." The office replied and Sir Patrick left the station.

After waiting a few moments the officer pulled out his mobile and called the only number on it.

"Yes someone has overheard the plot, and they need to be taken care of." The officer stated.

"Name please." The person on the line requested.

"Consider it taken care of." The person replied and the line went dead.

King Marcus as he was know now as, was a car on his way to Windsor Palace. After everything that had happened the following month, he needed a break and to get away from Buckingham Palace. The palace held so many memories, a lot of them good but as of late all he saw while walking the corridors was his father.

Marcus's mother Queen Maria was already awaiting for his arrival at the Castle, his advisers had told him that she would not to talk to anyone. Of course this must be normal after the death of a loved one, but she was the mother to the King of the United Kingdom and she a duty to her people.

"How much have we go to go?" Marcus questioned the driver.

"We will be arriving at the outer wall in just a moment." Replied the driver.

As the they pulled into the sovereign's entrance, Marcus spotted his sister Daphne and brother Louis waiting for him. He had to seen them since after their father's funeral which was two days ago. They both had seemed to have lost weight and looked on the verge of tears. It was alright to cry Marcus thought, but it must be done in private away from the people's eyes.

The driver pulled to a stop quickly excited the car in order to open Marcus's door. Marcus thanked him and greeted his siblings.

"Hello Daphne and Louis, lovely to see you both again." Marcus greeted.

"Hello brother, nice of you to finally show up." Daphne replied. Her brother Louis just stood beside her.

"Yes, well you as you know an entire commonwealth does not run it's self." he replied.

"No it can't, but you would know all about that." Daphne stated and walked away.

"What is her problem?" Marcus asked Louis.

All Louis did was shrug and walk away. Marcus was wondering why the were walking away from him. We was King of the United Kingdom and that reserved respect. He would make his brother and sister pay for their rudeness. He did not even get a chance to ask about their mother, after his meeting with the Prime Minister he had to go check on her.

It was raining heavily when Prime Minister Betty Webs arrived at Windsor Castle. She was quickly ushered into the state apartments, and then into one of the drawing rooms in the first floor. She took in her surroundings and as always was in aw of the wealth and culture of the royal household. It was then that King Marcus entered the room.

​"Your Majesty." Betty said as he rose curtsied.

"Hello Betty, how are you on this dreary day?" Marcus asked while taking a seat on the couch across from Betty.

"Doing the best I can your Majesty. I wish I was here because of brighter news." Betty replied.

"But at last, we are not so what is happening?" Marcus questioned.

"Do you remember a Sir Patrick Grimley?" Betty asked.

"Yes, he was one of my father's best friends. Why?" Marcus demanded.

"He was found dead in his flat this morning. I wanted to deliver the news to you before read it else where." Betty said and bowed her head.

"It seems like we are to be surrounded by death this month. Thank you for telling me. How are things going in Parliament?" Marcus asked, changing the subject.

"As mess as usual, but this time they have stopped allowing me or any on my staff into their meeting. I mean honestly, how do they expect me to get any work done?" Betty replied.

"That is really, for as far as I know they have never done something like this before." Marcus stated.

"I know, and I don't know how I am supposed to deal with this." Betty replied standing up from her chair.

"If you will forgive me your majesty, I must be leaving. I have some matter that need to be attended to on Downing Street." Betty said.

"Of course, pass on my good wishes to your family and staff." Marcus stated and walked out of the room towards his mother's suite.