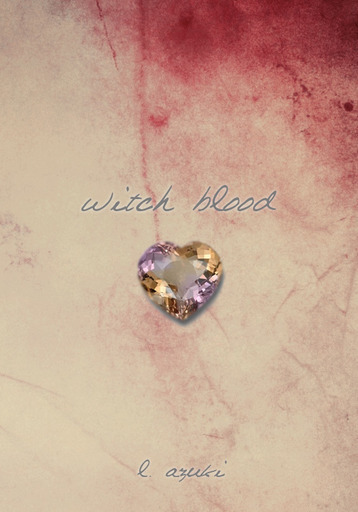 Grace just wants a regular life. Her best friend/girlfriend Alice on the other hand is in search of adventure. What starts out as an amazing opportunity for their band to hit it big ends with the two girls fleeing for their lives through an unfamiliar city. A group of witch hunters are convinced the perfectly ordinary girls are incredibly powerful witches and will stop at nothing to claim their heads.

60 Reads
3 Favorites
Get the App

I don’t enjoy getting drunk.

The light-headedness, the slurred speech, the inane giggles.

It’s just not for me.

But really, what else am I supposed to do? I’m all alone in a city I don’t know, sitting on the pavement in heels too high to walk in and I am the proud owner of three quarters, an expired bus ticket and nothing else.

I clutch the almost empty bottle of expensive champagne closer to my chest. It doesn’t belong to me, just like the silicone tits don’t, but its touch still feels comforting.

Two girls sat on a playground swing, passing a bottle of coke back and forth. One had auburn hair in a pixie cut and a nose piercing. Alice. Best friend, confidante, on/off lover.

The other, that was me. Black-dyed hair with brown roots showing through, upturned nose, a gap between my front teeth. So okay, I never claimed I was a great beauty, but at least I had been all me, you know? No silicone titties. I digress.

“You know, we could be stars.”, Alice said. We’d just come from band practice. Thoughtfully she took a sip of coke.

I reached over and took the bottle from her, making sure to hold eye contact as I touched my lips to its neck. We were on, back then.

Alice sighed wistfully. I wasn’t sure if it was me or the coke she desired, but I chose to believe the former. I threw the now empty bottle into a near-by trash can. It bounced off the edge and fell to the ground, loudly clattering. I didn’t make a move to pick it up. The Phoenix sun burned hot and relentless.

“I know you don’t believe in us, but I really think that Monochrome has a chance, Grace.”

It was my turn to sigh. Me and Alice had been in tons of bands. We were both 21, barely. We’d known each other all our lives. Our mothers were both single parents, colleagues and neighbours. She was like my sister, which is partly why our relationship’s on/off. It’s just weird, you know?

Ever since she’d touched her first bass back in grade school Alice had been obsessed with the idea of becoming a rock star. Music is her life. I’m convinced if you’d cut her she’d bleed clefs.

I went along, more because I was used to being with her than anything else. As a result, we’d spent all our time in bands of various skill levels. Museés, the band of some pretentious pseudo-french dude. Spiral Tap, a Spinal Tap cover band that sounded very much like a bleating walrus being beaten to death with a violin. Polarisation, a generic indie band. The The’s, who doubtlessly thought they were being insanely clever. Subliminal Apathy Overload, or SAO for short, a stab at some popular anime. And now, Monochrome December.

I liked the name, which is basically all I have to say about the subject. My name’s Grace Leeland, I’m a singer slash front guitarist and I don’t know the first thing about music. Notice how I used the word clef up there? That’s literally the only music-y term I’ve got. And even that I’ve only remember because it vaguely reminds me of queef. So sue me.

While I was caught up in thoughts of our past bands, Alice spoke up again. “I found us a gig.”

“How? It’s not like we ever played for them.”

“You caught me.” The wind ruffled up her pixie cut. I contemplated ending this conversation by kissing her. In retrospect, I should have. Hindsight’s always 20/20.

“They hired us anyway. I know what you’re thinking, and yeah, you’re absolutely right. It’s trashy, it’s not the kind of place we should be going to alone at night, yadda yadda. But it’s the only place that’ll take us without a demo. And recording one costs money we don’t have.”

That old discussion again. I wanted to be done with it. So I just nodded. Agreed to do the gig.

And that’s how I ended up hugging newly acquired fake titties and a bottle of champagne in the streets of NYC almost exactly one year later. Confused? So was I.

There were shards of broken glass in the alley Alice led me down.

If she were anyone else I probably would've suspected she was about to murder me.

The smell was not pretty either; I'll save you the gory details.

At the end of the alley was a door that looked like it belonged in a bunker. There was rust on its edges. Alice pushed it open without a second thought. I followed, with decisively more trepidation, clutching my guitar case closer to my chest.

There were people inside. It took a moment for my eyes to adjust to the dimly lit room before I could make them out.

Miles, our drummer, who played in two other bands and was almost as gung-ho about hitting it big as Alice. Simon, our keyboardist, who was completely deaf from birth. Justine, whose back-up guitar and vocals saved my unskilled ass more times than I feel comfortable sharing.

Right then she was cursing at Miles in rapid spanish while at the same time signing in ASL. I'm not nearly good enough at sign language to guess if she actually translated her more creative insults or made up other ones to sign while speaking. Justine's language skills are unmatched, so either was equally plausible.

Alice interrupted their one-sided conversation with a clap of her hands. Both Miles and Simon sighed in relief, while Justine looked more exasperated than anything else.

So I'd been wrong and she hadn't been translating for Simon; he was also object of her wrath.

"I don't know and I don't care.", Alice announced. She set down her bass case on a nearby table. "We're here to set up, not break up in front of the owners of this ... classy establishement." At this point she half-turned to direct a blinding smile in the direction of a haggard man who stood half-hidden behind the stage curtain.

He waved uncertainly, and Miles snickered. I noticed that his usually unkempt hair was slicked back. Simon wasn't wearing his favorite pair of holey jeans. Justine put on her best pair of huge dangle earrings. I swallowed.

The haggard man waved to us, and we all gathered in front of the stage. I say stage, but really it was just a one-step-higher-than-the-floor affair.

Closer inspection revealed the haggard man's countless tats. He grinned toothlessly, then rasped in the voice of someone who'd been chainsmoking for twenty years: "Get your shit set up, kids. Show starts at 9."

Alice looked uncertainly over her shoulder. The bar was completely empty.