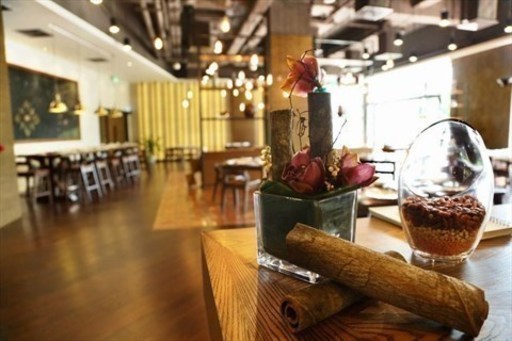 Those love stories between a Chinese couples

It can show you those slight difference of how easterners look at love. No matter Pakistani or Chinese , they would say it's a beautiful story, but American and Australian would rather say it's interesting. It depends on you my friend! Enjoy and tell me if anything I can improve I'd really appreciate that!

As for me, I simply want to tell a story about an ordinary couple, my father and mother.

I am writing this story about a totally different culture. You might find that it is a bit violence,  a bit old fashioned and a bit boring in light of the western society, but extremely romantic in an eastern society.

They were so in love from the very beginning, but I couldn’t get their loving point. Mainly because I was raised by my grandma and she is that kind of “ strong and independent woman” and taught me don’t rely on men. My parents just went too cheesy in my point.

However, the first time I think my parents might be romantic was 6 years ago. I was studying in school far away from home. My dad got arrested and was sent to jail for bribery. I wasn’t aware of the situation. I called his phone and texted him, but received no response. I was thinking, “ what’s wrong with me dad!” But then things took a turn like a rollercoaster. After that, my mom called me to stop my study and back to hometown.

It was a tough time for my family. My mom is a business woman who is mostly good at working, socializing and studying, but not as much in mundane activities. Just imagine how someone dependent like her, who doesn’t know how to withdraw money from ATM or how to peel an apple, would be able to live without my dad. My dad simply spoiled her.

I asked her once when I was 10. I said, “mommy you need to live by yourself, what if one day dad won't be around to accompany you”. I clearly remember how she answered me. She slapped me and shouted ,“don’t say things like that.”

And a few years later, what I had asked her became true. My dad had gone. Not forever but for her it was. Dad had spoiled my mom just like a little child. She couldn’t sleep at night and she cried a lot.

Back when I was 10 years old, their relationship seemed sick. But when my dad left, I saw an unprecedented sadness in my mom. Because I think independence is one of the most important qualities in a relationship.( Thanks grandma. )  Due to the fact that my mom had been spoiled, she wasn’t very independent and she had to face a lot of difficulties in life because of this. I really appreciated independence, but as I grow up, the way I look at things somehow change. I’ve no longer care about how necessary those self-ego things but how two person falling in love and keeping it for years. I felt it’s long and strong.

Luckily my dad came back 2 years after.

Lots of men had been pursuing my mom throughout her adolescence and her 20s. But nobody drew her attention. The turning point in my mom’s life was when she saw my dad for the first time. She said “something is different.” They were the first person for each others and also the only one, which is an unbelievable concept for me. We are millennials, we believe there is no certain one in life since we have seen so many people having affairs or getting divorce. So we try different boys and girls to see who can win the final, and break our hearts ridiculously, again and again. And eventually some people became playgirls or playboys. Some others took 30 years to see if they suitable for each other. Who cares about the out-of-date term “true-love”?

There was something even weirder than this. My dad told my mom “ I want to be your boyfriend. But I want relationship only if we can get married. Is that cool?” My mom said “ sure!”

Then they got married 3 months after meeting.

Many may found these kind of couples won’t last, and trivia will drain out their love and energy after a few years and end up in divorce. Surprisingly my parents proved those people wrong and they are still together. Their cheesy story kept going and hurting my eyes throughout my life. They still hold hands, call each other “baby” and when we go out , I am the one left behind walking alone. ( In China the way people express their love is more reserved. It is really rare to see anyone call their partner “Baby” even in private.) They still kiss each other when they say goodbye (out of my sight like I’m their guardian and they are teenagers). My dad still kisses my mom to wake her up for breakfast and dinner ( after her favourites afternoon nap).

I get so sad thinking about my situation, but I have to keep typing.