33 Reads
1 Favorite
Get the App

A trail of light illuminated the night sky. It fell gracefully down to the earth’s surface. To onlookers, it was a mystical sight; what good fortune it was to see a shooting star! The stars were twinkling and the moon was shining, and there was not a single cloud to be seen. Children paused their games to look at the comet cross the sky and disappear on the horizon. When it was out of view, they clapped and wished each other well, then continued with their games.

Yet, in the forest, the star crashed into the ground with a thunderous roar. Animals scurried away and from the crater emerged a man, stark naked. He crawled out on the ground with dust and bruises on his body, as if he had fallen a long distance. His bones and muscles were weak, and his mind could barely form a single thought about his situation. He looked around, unable to recognize anything around him. Smoke rose up above the trees in the distance, and he dragged his body towards it.

By morning the star had been forgotten, but the people in the town had a new mystery to ponder, as a nude man stumbled into their town and collapsed in front of a bakery. Mothers covered their children’s eyes and shrieked, while the men stared at the newcomer with mistrust. The baker and his wife rushed out of their shop with a cloak and covered the man, allowing the women to lift their hands from the children’s eyes. The couple brought the man inside and laid him on a bed in an empty room, left in the absence of their only daughter, who had gotten married months before.

The man slept for days and the baker’s wife thought he was dead. The baker thought he was simply exhausted, and had likely been robbed and attacked on the road. When the man finally woke, he spoke no words, and looked at a simple glass of water with confusion. They clothed him, but he stared at the clothes as if they were something foreign. They bathed him, but the water and the pain of his injuries confounded him. They fed him, but when he sat at the table, he could not understand what he was meant to do with the loaf of bread they had placed in front of him. He learned when they showed him, but he was like a nascent child.

When the man first left the house, he became the talk of the town. The townspeople had been speaking about him, wondering what the baker and his wife had done with him, if he had spoken, what he was doing there, and why he was nude. Mothers with their offspring tried to scold him, men with their wives tried to deter him, but he would not speak, and did not interact with any of them. When they asked the baker what was wrong with the man, he only shrugged.

He learned how to eat, drink, and dress himself. Then he learned to bake and how to charge the customers, because if he would not speak, the least he could do was help his hosts in return for their hospitality. The townspeople warmed up to him, but as long as he chose to be mute, the mistrust would always be there. People looked him other before taking a loaf of bread from him, they checked their money thrice when receiving change from him, and when he passed them in the street they took two steps away.

For weeks, he would not speak.

He nodded, waved, shook hands, and on occasion grunted, but a single intelligible word would not come out of his mouth. The baker’s wife grew impatient. He was helpful, but she didn’t know how long they could house their adult baby before the town began to turn against them.

One night they were invited to a gathering. They took the man with them and sat in the center of the town with all their neighbours, talking and drinking throughout the day. The man was silent, but when night fell, he seemed confused that it had gotten so dark, yet stayed light. He looked up at the sky and was mesmerized. A few of the people noticed him staring up at the stars as if he had never seen them before, and eventually most of them stopped to watch him. He stood and stared up, with a twinkle in his eyes that none of them had seen before. Until that night, he appeared as an empty shell, one who didn’t know what they were or why they were.

That night he spoke his first word, and it was, “Home.”

From that night on, he would stand outside of the bakery each night and stare up at the sky until the baker’s wife scolded him and forced him to sleep. The townspeople both warmed up to him and grew more distant. He was obviously not of diminished intelligence, but calling the stars home was something that a lunatic would do. They no longer checked themselves when interacting with him, but they made a point of not interacting with him much.

The baker and his wife didn’t know what to do with their guest. The one time he had spoken, he had spoken like a madman. He stared after the stars like they were a woman he once loved. The baker’s wife thought he was heartbroken by the early death of a spouse, the baker thought he was going mad or already was. They could not get him to speak to them.

One night it rained and the stars were not visible. The man stormed back inside the bakery and sat away from the door. The baker’s wife approached him with caution.

“Dear, can you speak to us?” she begged. “Just for a moment. It would warm our hearts.”

To her surprise, the man obliged.

“Good evening,” he said. “Though it is not very good.”

The baker ran into the room at the sound of the unfamiliar voice.

“Why isn’t it good?” his wife asked, sitting down next to their guest.

“The night is for celebration and for rest,” the baker said. “Not for stargazing.”

“Because it is raining,” the baker’s wife said. “Rainclouds are covering the sky.”

“And why on earth would it ever rain? Has it no respect?” the man asked.

“If it does not rain, we’ll have nothing to eat.”

The man was silent. They assumed he understood.

“What is your name?” the baker asked.

“What is a name and why would I have one?”

“What are you called? Where did you come from, and why are you here?”

“I’m not called anything. I didn’t come from anywhere. I’m not here for any reason. I don’t want to be here.”

The baker and his wife were now silent.

“Your hospitality is appreciated, but I never wanted to be here in the first place,” the man said. “All I remember is falling, and then I was… I want to return home. All I want is to return.”

Though they understood what he said, they didn’t want to believe it. They told themselves that their guest was confused and from some distant town. They refused to believe that their guest, who was mute for a month, who called the stars his home, truly was fallen from the heavens. They told him to get some rest, that he would be able to see the stars tomorrow night. They told him to sleep and prayed that he would forget his madness in the morning. 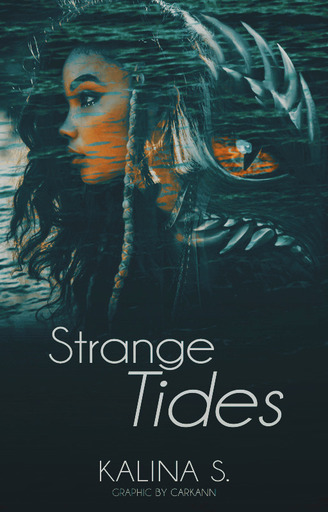 When Esme finds a sea serpent hatchling washed up on the beach and decides to look after it, her life becomes a lot more complicated. The serpentine cousins of dragons are known for attacking coastal cities like her home, and have been blamed for the death of her mother years before. But her new pet fills a hole burned in her heart by years of sleeping around like nobody else has, and she will do anything to keep him safe. 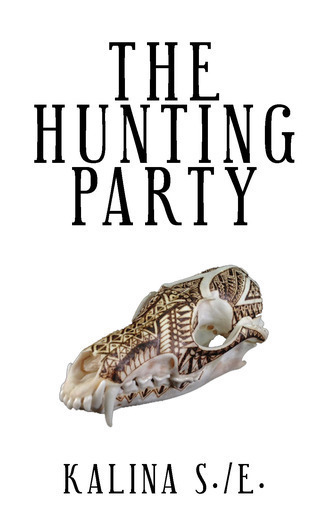 A Vaian soulbinder, an Zephyrian windwalker, and a Peleni firebreather. Three dragonchildren from different corners of the continent who live, hunt, and sleep together. After settling in their new house, the three take a short break from their hunts, finding nothing of interest. When an ominous wind blows through their town, bringing news of a beast larger than anything they've encountered, they can't help their curiosity. An LGBT novella set in the same universe as Dandelion.

The town of Vendelle is dirty and filled to the brim with thieves, abusers, and queer teenagers with magical abilities. One of these teenagers, Theo, has listened to the whispers of the dead and pieced together the story of a curse that has afflicted the town for centuries, and a girl that will be able to break it. When the time comes, Theo takes it into his own hands to make sure the curse is broken, once and for all.