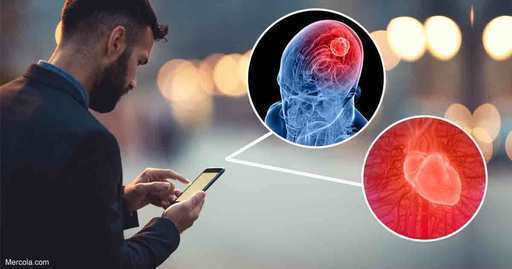 It is hard to find ‘constants’ in life. Our lives are designed around multiple variables like relationships, jobs, friends, and material things.

In this world full of variables, we humans have always looked for some constant. If not intentionally than definitely unintentionally.

In this search, fortunately or unfortunately we have found our constant… which is cell phone!

Yes in this world full of variables, mobile phones have taken place of constant factor in our lives.

We eat with them.

We sleep with them.

Yes this is a reality of our time.

We can’t spend even a few minutes without checking our phones. Continuous buzz of alarms, messages, notifications has taken control of our lives.

Yes you might get a mini heart attack if you don’t find your phone for few minutes.

Initially mobiles were made to enable humans to communicate with each other. Communications was the aspect that used to define the purpose of mobile phones. It was made to help us interact better with each other, even from long distances. This form of communication has taken advance turn and now it’s not just phone, it serves as virtual medium of communication, entertainment and constant gratification.

We have started to rely on this piece of electronic device to make ourselves feel better, to distract ourselves from the hard realities of life, that we can’t control. This device has taken place of our relationships. Here things have started to go wrong.

Around 63% of people from age 18-29 and 30% of people from age 30-64 fall asleep with phones in their hand. This attachment has turned into dependence syndrome. This prolonged use of phones have started to mess-up with the chemistry of human brain and disrupt its biorhythms. It is not just changing our behaviors and interactions with other humans but it is also bringing real changes inside our brains.

Light coming from phone has far more negative effects on body then few cups of coffee. Using smart phone at night has serious consequence on human health. Natural biorhythms enable our body to fall asleep and awake at the right time. When its night and dark; our body gets signal to sleep and relax and when its days body gets signal to get awake and produce energy that is required for the day. But when you sleep with your phone in your hand, light emitting from its screen confuses the brain and stops brain from producing melatonin, which is hormone that puts human body to sleep. This hormone also prevents the development of cancer and other diseases. Lack of this hormone keeps person awake at night.

This electromagnetic device emits wireless radiations that is putting neurotoxic effects on human brain. These radiations also damage the structure DNA, thus effects the brain development. NIH research of 2011 revealed that only 50 minutes exposure of wireless device to brain results in increase of glucose metabolism in the brain parts. With the emergence of 3G and 4G, these effects have become more severe.

According to research of Yale Medicine College, in which rats were used as test subjects; it was found that significant damage occurs inside the brain cells in the hippocampus and cerebellum. In pregnant mice these effects were worse. In neurological tests it was revealed that off-springs of mice showed increased hyperactivity and damaged memory. In humans increased exposure results in behavioral problems.

Children who use phones for long time become vulnerable to mental issues like ADHD and neurotoxin level increases in their blood.

Radiofrequency from the mobile devices affect the permeability of blood-brain barrier alters the expressions in micro-RNA in brain, which results in neurodegenerative diseases. Increased permeability results in increased chance of toxins reach in the brain.

Increased exposure to mobile waves increase the production of reactive oxygen and increased lipid peroxidation, which impacts the cerebral cortex and other selective areas and cause extensive neural damage. That’s causes behavioral problems regarding memory and learning.

Fatigue, concentration dysfunction, memory issues, loss or increase in appetite, nausea, irritability and EEG changes are the most common effects of the mobile phones. Aggression is another leading side-effect. All these issues are result of addiction to the cell phones. It was made to facilitate human and increase the quality of life.

But in reality it has started to control our lives and is outing out mental health at risk.

Is it worth all the consequences?

We need to limit the use of cell phones and cut this addiction. It’s not going to be easy but it can definitely happen with consistency and planning. Set small realistic goals.

Using these tips you can definitely save yourself from Neuropsychiatric effects of mobile phone.

Buy an alarm clock. Don’t put mobile near you while sleeping.

Try to not look at phone aimlessly.

Mindfully use it. Every time you hold it, ask yourself why you are holding it. If you actually have some task on your mind regarding phone, then use it. Otherwise don’t. This will help you with getting your concentration back. And eventually will result in improved concentration.

Start with putting phone away when you don’t need it.