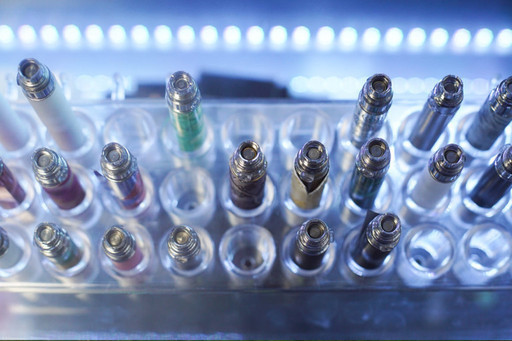 Cuba may seem like the country to which the cigar industry belongs, with citizens stopping just short of saluting a Havana Sun Grown instead of a flag. However, Cuba is not the only country with this distinction; it's not the sole place on an atlas known for putting cigars on the map. Lying east of Cuba is another nation known to be smoking hot when it comes to the world of cigars: The Dominican Republic.

The Dominican Republic, fittingly discovered by Mr. Cigar himself, Christopher Columbus, is the largest producer of cigars in the entire world, making it known as "Cigar Country" and leaving stogie lovers everywhere to search for their passports, book their flights, and come to a place that captures the true culture and essence of tobacco.

Bent on a history of instable organization, ruled by military government and dictators, the Dominican Republic is a nation possessing the burdens of economic hardships. From recessions, to inflation, from trade deficits to fraud, the citizens of the Dominican Republic have seen more economic turmoil than most. Nonetheless, their tobacco industry has helped to keep them afloat, with cigars from the Dominican Republic rivaling Cubans for procurement of the title of "Best Cigar."

Cuban Cigars may get all the mention, as if they are lit with a spotlight rather than a match. But, as cigars from the Dominican Republic stand in the corner, quietly ashing and giving Cuban Cigars a look of intellectual composure, the question about whether the elusiveness of the Cuban Cigar plays into some of its greatness must be posed. Does the difficulty of procuring Cuban Cigars make them a sweeter smoke, as if a reward for an accomplished challenge? But, even with this question and the mysterious mystique that Cuban Cigars possess, some cigar connoisseurs still believe that in the fight of Dominican Cigar versus Cuban Cigar, it is the Cubans that get burned.

However, because many Cubans fled their country during Castro's rise to power, taking with them their knowledge and their tobacco seeds, many of the cigars produced in the Dominican Republic literally do have Cuban roots. This, undoubtedly, gives the cigars some commonalities, but, because they are grown in different soils and on different lands, the cigars also maintain some differences.

While Cuban Cigars may be more recognizable, overall, cigars from the Dominican Republic include a greater variety of flavors, aromas, and colors. This is largely due to the ideal growing environment the country possesses, giving cultivators the ability to be versatile in their creations. With more than 600,000 acres of tobacco plants nationwide, the Dominican Republic is able to produce a cigar that will fit just about anybody's taste.

The majority of the tobacco grown in the Dominican Republic is cultivated in the northern part of the country, in close proximity to Santiago. Because of this, Santiago is known to many as the "Capitol of the Tobacco and Cigar Industry." With climate full of warm weather, and the occasional tropical wind, it's an ideal place for tobacco growers and cigar makers to establish roots.

Over the past two decades, the people of the Dominican Republic have spent a great deal of time improving the quality of their cigar tobacco. The tobacco plants are carefully managed and cared for, leaving no leaf unturned in the quest to produce cigars of the highest quality. The entire process is highly involved and highly evolved - a process that can take up to three years from beginning to end.

In keeping with its reputation as the "Cigar Country," the Dominican Republic is the birthplace of cigars from some of the world's most popular brands. Among these are Arturo Fuente, La Aurora, Leon Jimenes, Cojimar, and Montecristo. But, the Dominican Republic, relying heavily on tourism for economical increases, doesn't simply produce cigars and send them on their way. Instead, they have a whole cigar world in their cigar country.

From gift shops specializing in souvenir cigars to famous cigar factory tours, from cigar shops to cigar museums, the Dominican Republic offers the cigar loving visitor an experience they won't soon forget. With all the cigar-related activities, this country assures that the excitement and enjoyment won't be extinguished Best Tobacco Shop.

For the true cigar lover, the Dominican Republic must be on the list of places to visit. A country that not only values the intricate details involved with cigar making, but also shares those details and experiences with the visiting public, this country is sure to add a flavorful experience to all that cross into it, carrying humidors and leaving cigarettes at the border.