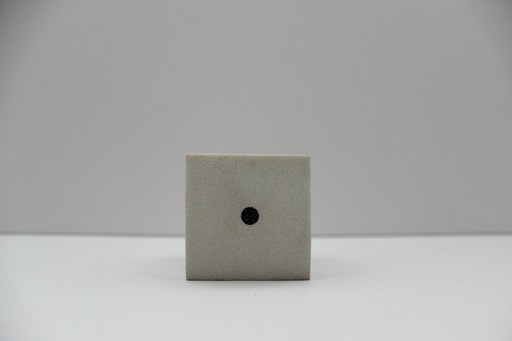 A man, hollowed by grief, searches for an escape from his sorrow.

65 Reads
6 Favorites
Get the App

A man, hollowed by grief, searches for an escape from sorrow.

The wispy haze, hung thickly in the air of the casino and offered a welcome distraction. Smoking, a habit he found annoying in others, was a vice he had taken up himself the last few weeks. Here, in this capricious place, he could forget.

Bennie slinked cautiously towards the craps table. He needed to learn this game. Players confidently hollered, “Color up!”

Joe, the formidable boxman, would bellow out a thunderous chuckle that jiggled his rotund belly, his jolly nature drawing them all in. Two basemen dutifully collected bets as the stickman ran the dice, up and down, the felt resisting the thin reed he used as a cane. Their movements, rehearsed and exaggerated, intrigued Bennie, and he sat studiously for hours without ever placing a bet.

Beguiling women, goddesses robed in their finest garb, swarmed the table and the sticky sweet scent of money. They were too polished. Too put together for this place. Nothing like she had been.

Glassy eyes danced over the stack of chips as players coolly shot the dice down the felt, low blouses revealing heavy breasts as they leaned over the table, cheering them on. Inviting him in.

Finally, with the bravado of a win, Bennie raised his winnings insolently, “A round of drinks for everyone!”

A woman, sheathed in a strapless tube dress as black as grief, playfully punched him in the arm. He winced in pain.

“You just hit fire baby!"  she whispered in his ear, her lips flitting across his lobe, her heated breath drawing him out to sea, farther and farther away from his melancholy.

"Get the lady a drink," he called to the cocktail waitress. “A Black Russian.”

She would have hated the casino: the slots and their blinking lights, the sirens a sharp contrast to the iridescent glow of her hospital bed. It stole away with her spirit just days ago. Bright light exacerbated the pain of her treatment. He had sat by her bedside in nearly total darkness. The parasitic shadows feeding on the little life left inside him.

Lady luck kissed him hard on the lips, her curves bearing down on him, leaving a pink stain that lingered of coconut and strawberry, an invitation to her room. He would betray his grief with the woman, their treacherous bodies swimming in sync with each other, a ritual he had abandoned with the cancer.

The basemen moved a stack of chips across the table towards him, moving in slow motion like the days he had spent watching the sluggish march of death as it crept closer. This was his last shot.

Gripping the dice, their sharp edges cutting into his mortal flesh, he forcefully hurled them across the cavernous table. His grief, gone with the dog throw, bounced off the far wall, only to tumble right back towards him, a magnet to his misery. The dice rolled to a stop. Her two small beady eyes stared back at him. Leaving her there on the table, he walked with only his sorrow.