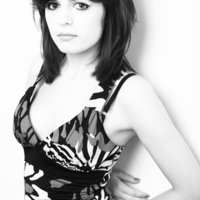 Born and raised in a sort of functional family in Bristol, Southwest England, Jenny realised as a teenager that her heart belonged elsewhere. After being a young carer for her mum for several years, she made the decision to move to London, and has been making herself at home ever since.
From an early age she wrote stories and poems, often preferring to sit in the library at lunch to write rather than face the school bullies outside.
Having studied creative writing at uni, she is now trying to be a writer in between making a living, and wishing the two were the same thing.
Now working in the youth and charity sector, she one day hopes to start her own social enterprise which supports young people with figuring out their dreams and goal, and utilising writing as part of that.
Jenny talks too much, and likes to share her life story with anyone she meets. Hopefully this doesn't put you off her writing.

Writing Jenny has Shared on Tablo

Death of A ButterflyJenny Brooklyn

Death of A Butterfly

Aged 5 Saff lost her Mum. After years spent chasing butterflies trying to find her, flitting from foster home to foster home, she decides to run away from her tiny village to the glittering lights of London. Falling in with a bad crowd, she experi...