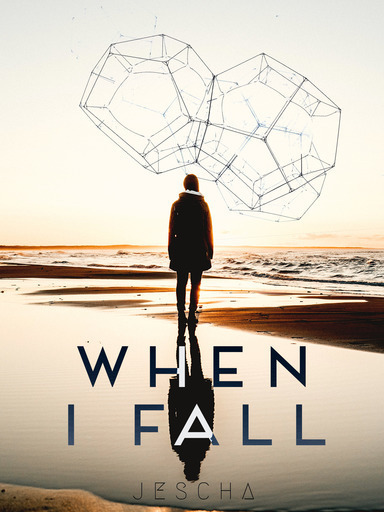 She grew up with him. Cherished him. Fell in love with him. Then watched as her life fell apart the day they announced his disappearance and declared him dead. Renee Weathers has always been in love with her childhood friend, Ashton Steele. They were happily engaged until Ashton's plane crashed into the sea without any sign of his body where the wreckage was found. Renee struggles to cope with her grief in the aftermath. A year later as a war reporter, she meets a soldier in Iraq with PTSD who she begins to form a connection with. Can she find love again? Or will an unexpected appearance from the past tangle the threads of fate...

31 Reads
7 Favorites
Get the App

This is a work of fiction. Names, characters, businesses, places, events and incidents are either the products of the author’s imagination or used in a fictitious manner. Any resemblance to actual persons, living or dead, or actual events is purely coincidental.

No part of this eBook may be reproduced or transmitted in any form or by any means, electronic or mechanical, including photocopying, recording or by any information storage and retrieval system, without written permission from the author.

Any enquires please direct to the author’s email at jeschastilte@gmail.com.

He laughed, sharp pearly whites on display, his deep emerald eyes blazing with mischief. Ashton splashed water expertly against Renee while dodging her incoming attacks of fury. The beach that day was clear and sunny, couples were lazing about, children were swimming joyfully in the sea and it seemed like everything was perfect.

Ashton, having endured enough of Renee’s water jet attacks, surrendered and begged for forgiveness on his knees. Renee pretended as if she was pondering the idea before smirking and pouncing on top of Ashton with glee and love in her eyes evident. She poured her soul into the sweet yet passionate kiss, both of them oblivious to the staring eyes around them.

‘I’ll miss you when you go,’ whispered Renee against Ashton’s lips. She gently combed through his wild black hair with her fingers.

‘It’s only for a few months and I’ll be back soon enough. You really should stop worrying,’ Ashton rolled his eyes playfully. ‘Unless you miss me already?’

‘In your dreams,’ Renee punched Ashton’s arm, trying desperately to hide her grin but failing miserably. ‘You’re so full of yourself you’ll pop one day from all of that ego you’re holding in mister.’

‘You jest, young lady,’ he growled, his deep voice resonating throughout her body. ‘You damn well know that you can’t resist these abs of steel.’

It was Renee’s turn to snort and before Ashton could continue, Renee punched him in the stomach, leaving Ashton to double over and groan in pain.

Ashton glared up at Renee, his narrowed eyes exposing his intent for revenge. Suddenly, he pounced at her and with iron like strength, he tackled her face first into the sand.

Renee spluttered and choked on a mouthful of sand. Wiping furiously at her face, she squinted, trying to see through the grains of sand embedded painfully on her eyeballs. Ashton tried desperately to contain his cackling only to fail miserably. He began howling with laughter, tears streaming down his face as he pounded the ground feverously.

‘HAHAHAHA. Phew, oh my god you should’ve seen the look on your face! Hah, we’re ok right? You’re not going to hate me later for this?’ snickered Ashton while clutching his sides.

Renee gave him her best withering stare. She was definitely going to remember this one. Wait until they get back home so she can decide how to best poison him with his portion of lasagne. Or better yet, just strangle him with her bare hands. It was definitely something worth going to jail for.

Wiping the rest of the sand from her face, Renee smiled sweetly at Ashton before pivoting sharply and powerwalking towards their car.

Ashton recognized the underlying poisonous look Renee had directed at him and decided it wasn’t worth risking his life over. He sprinted up to her.

‘Hey, come on babe, I was joking. Don’t be mad at me. Pretty please my beautiful girl with cherries on top?

‘I detest cherries so no,’ replied Renee curtly.

‘Then how about we get takeout tonight? My treat. We can get anything you want. Come on. Don’t be upset. I hate it when you act like an Ice Queen.’

Renee flicked the bird at Ashton and stormed past oncoming pedestrians.

‘Do you want to have some pizza? ~’ Ashton sang to the tune from a certain popular kid’s animation. ‘It doesn’t have to be just pizza~… alright~’

Turning around slowly, Renee appeared to consider the peace offering.

‘Okay, as long as you’re the one paying for everything.’

Ashton grinned widely, a dimple appearing on his right cheek.

‘But~ I’m also going to add one of all the sides the restaurant has with that,’ sneered Renee.

‘Not my problem asshole. You shouldn’t have started a fight you couldn’t win,’ replied Renee glaring down at Ashton.

Ashton sidled up to Renee and placed his hands on her waist. He lowered his lips to her, encouraging her to open up to him. Unable to refuse him, Renee cautiously locked lips with him, only to drown in the heat that flared up urgently between them causing the both of them to further entangle in each other’s arms. Breathing heavily, Renee glanced above into intense emerald pools staring intently back at her.

‘I love you Ash, but you need to stop thinking you can resolve everything with a kiss,’ Renee breathed contently.

‘Well, of course, it can. Look at you. You're like jelly in my hands. I’m absolute perfection after all,’ smirked Ashton.

Renee groaned and rolled her eyes.

‘We’re gonna have to cut down on your narcissism one day. It’s getting out of hand.’

‘You know you can’t live without it.’

Renee giggled and snuggled into Ashton’s chest, clasping her hands around his neck.

They continued to embrace as Renee became instantly pensive about the future. Ashton sensing her unease cradled her as if that was all the protection they needed to dissolve the uncertainties between them.

Suddenly, Ashton was ripped away from Renee’s arms by gigantic tidal waves that came out of nowhere and consumed him. Renee tried to frantically grasp his hands in vain. He was dragged under the sea, his face contorted in fear  and pain. She collapsed, staring down at her empty hands that had just held him moments before.

Renee watched the setting horizon with tears streaming down her face. She screamed despairingly at the ocean to return her beloved to her in vain. However, she knew that deep down she would never see him ever again.

“Wake up Renee honey. It’s just a nightmare. Wake up. WAKE UP!”

Out of nowhere, Renee felt her head snap right with a mighty blow.

She bolted upright in her bed, her cheeks and pillow drenched in her tears, her hands shaking and her shirt soaked in sweat from the ordeal. Panting, Renee glanced down at her trembling hands, unable to stop them.

A warm hug enveloped her, hands patting her back and brushing her hair while a quiet, soft voice coaxed her out of her tremors. Renee focused her vision onto her glamorous best friend comforting her.

“I’m so sorry honey, you wouldn’t stop screaming. It was the only way I could wake you up. You weren’t responding to me at all,” whispered her Spanish roommate staring at Renee with her huge eyes of honey. “Was it that same dream again?”

Renee nodded. She couldn’t trust herself to speak or else the tears would flow again. Her friend pulled her closer, rocking Renee in her embrace. Silence enveloped them as the sun’s morning rays pierced through the thin curtains to illuminate the cosy bedroom. After a long moment of silence, Renee spoke up.

“Ciara, I remembered the last time we were at the beach again. We went out on a date before he left for his flight. We were laughing and mucking around. He kissed me. We hugged. Then…” Renee trailed off, unable to continue as her eyes watered, reflecting her heartbreak.

“Then you had the recurring nightmare where he was snatched away by waves and you couldn’t hold onto him,” Ciara finished for Renee. “Oh honey, you know that he crashed into the Indian Ocean five months ago. He knew he was flying his plane over treacherous seas and into dangerous weather too when he wasn’t supposed to. He pushed his luck and his limits. The size of that man’s ego never failed to surprise me.”

Renee gave a half-hearted chuckle. She knew all too well how massive his ego was.

“Besides, you don’t know whether he’s dead or not. He’s a missing person for now because they only found the wreckage of his plane, not his body. There’s always a silver lining,” Ciara explained awkwardly.

“If he’s missing like you said, then where could he possibly be right now?” 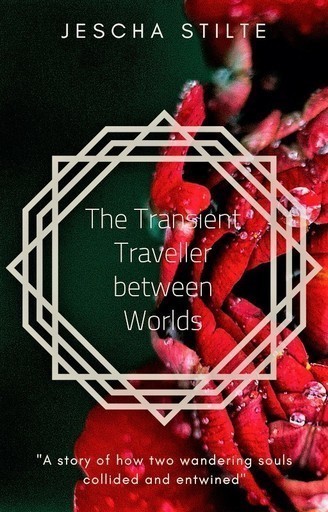 The Transient Traveller between Worlds

A girl, floating through various worlds in an ethereal form. What awaits her beyond the vast void of darkness? {ongoing} 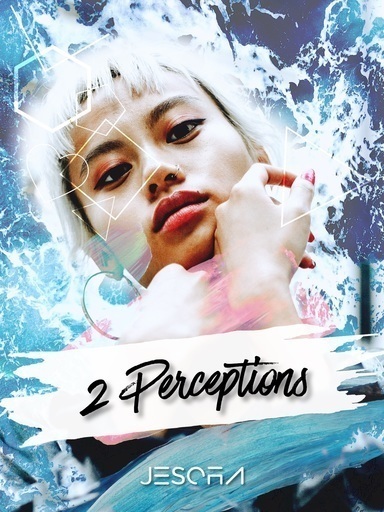 {ONGOING} The masks I wear to hide myself are numerous. They are there to contain the chaos residing within. Everything I touch is tainted with a smear of sadness. Even happiness.