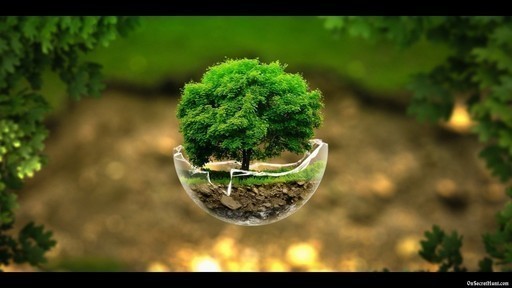 It is 2075, and the Earth has witnessed an invention almost as great as its creation. But nearly two decades later, things begin to drastically change.

Strong, big and beautiful was how I remembered it. The smell of it wafting around me as I immersed myself beneath its emerald canopy and clung to its tough body. But that was twenty five years ago and it had served its purpose, sustaining humans for more than six thousand years. Only now, we didn't need it anymore.

The ReGenesis, a machine developed by American scientists, had replaced trees as our source of oxygen. At first, it was a joyous occasion. " One small step for man, one giant leap for mankind" was their campaign line. This famous words of space history, once again used for what would be the most profound invention of all time. However, my team and I knew in our hearts that the perfect work of nature was not something that could be reproduced without some sort of repercussion. And sure enough, the repercussions occurred.

"Call off The ReGenesis!" we screamed, but before our voices were able to carry through to the world, The World Order exterminated us and like the phoenix, our organization burned in the heat of the excruciating fire set upon us by their leaders. Leaders scared because they had destroyed almost the entire supply of trees in their quest for wealth, before realizing  that news of that nature would cause pandemonium and destroy the Order they had worked so hard to establish. Destroyed. That's what they thought happened to us; but the phoenix doesn't just burn out and die. Oh no. It is reborn from the ashes. And so we rose through the muddy banks of lies laid forth by the Order. We grew even more stronger than before until we had reached the point of equal power with The Order.

The phone blared to life.

"President Menas. What a lovely surprise," I chirped.

"Ahaha, oh Patma, you always were a sneaky bastard. Look at you. You destroyed this empire! An empire that you could still be a part of, if you just hand them over."

"I'm not sure I understand what you want."

"The children, Patma. Don't play coy with me!"

"Oh but they're having so much fun."

"What are you doing to them?"

"Enhancing their talent in the art of drawing."

"Patma? What are they drawing?"

"Dammit Patma! You can't be filling their heads with that kind of nonsense. The ReGenesis has been reinvented. It's safer now."

"I've had enough of your lies."

"My team is coming in Patma. I'm going to destroy you for good. Come to think of it, I think I'll burn you alive. Oh the irony of it. The leader of The Phoenix Society being burnt to death"

"Oh but you've forgotten one thing. Your precious children are under our wings. And if you burn us, their ashes will be buried in ours."