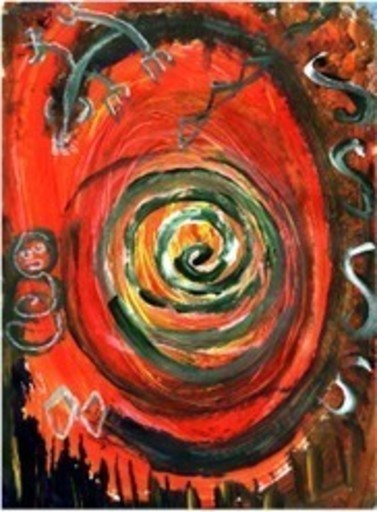 How the past leads ino the future. How change occurrs and how people are affected. Social instituutions adapt to the change over time.

Darwin noticed how animals changed over time as they adjusted to conditions. The details of this can be found in his books. History has shown how people have changed as new developments occur. From hunter gatherer, to farming , to industrialisation, to information technology. When changes occurred social, political, economical ideas and practices evolved. New ideas, new discoveries and new inventions. Social practices changed as did traditions and beliefs.

Through all of this people became anxious with change and frightened of the future. Conflicts and disputes were common. Added to this was the more basic factors of territory, power seeking, fighting for basic possessions and different belief systems, fear of strangers and other very basic factors.

There always was a social bonding. There always were wise knowledge seekers. Sometimes these became leaders sometimes they conflicted with the current leaders, beliefs and social practices. Change however continued to occur largely in an evolving way. History books can give the impression of great radical changes but deeper looking exposes growing and developing changes. Some paths were disbanded. Some like Darwins evolutionary ideas grew as they were better. Better can be a matter of personal or group perception, and social bonding often led to group beliefs. So conflict continued much in the way that scientists test, check, modify ideas and debate,analyse data and ideas.

Except people communicated in a cruder way if at all, and became attatched to their ideas. In a simple way this explains much of what we see today. Fear and poor communication along with thinking skills underdeveloped lead to conflict and disharmony. Good conflict is constructive as ideas and information are looked at and analysed.

Knowledge of ourselves has grown but some have not learned or reject such knowledge. We believe in the individual's right to their opinions and ideas. So new ideas need to be accepted by people by their own choice. A popular word for this is enlightenment. Education is not the same as schooling. Schooling is one part of the global picture. Words alone have been found to be not enough so the arts have always been part of the process

Change however has a habit of doing its own thing regardless of what people do. King Canute could not hold back the incoming tide, nor can we.

That is the past, the present and the future.

The present is partly the past and partly an evolving change.

Fear not the future as it will be good. That is not to say there will not be problems as in the past. It is rather that the overall way things will evolve will eventually lead to a better life for people. Some may not think so but I talk of people in general not self interested and self absorbed individuals who may see their position in life threatened.

I must mark therefore my judgement of strong individuals contributing to a strong society rather than survival of the fittest or strong society dictating to individuals. But that is my thinking. Requires another book to discuss this. With an open mind I am willing to modify my ideas as evidence comes to light.

And it is light. The light of knowledge. This is the path change will come more smoothly. But as the tide comes in and goes out, as the sun comes up in the morning so will change evolve whatever we do.

Already we see robotisation of the workplace and jobs being lost. We hear of knowledge becoming the new wealth standard. People will find other things to do. Politics will change or be changed to take account of people in economies not just the abstract notion of money. All will be paid. Wealth will be there. People will grow their own food to suppliment what they buy especially if lack of work gives them the time. Some may work fulltime. Some may go back to making their own clothes as they will have the time to do so. Energy will be easier to get as we harness natural energy sources and technology develops materials and products that cheaply use and store energy. We have the knowledge to do so much to provide for basic human needs much better than in the past. Money may be replaced by doing for each other, like I help you and you help me. Not to say money will go. Just that it will change. I cannot see into the far distance except to see change is here.

Politics of hate,fear and us versus them will change. Some may cling to old ideas. Economics is changing. Post Capitalism, social consideration in economics are already developing.

As things change we need to embrace the change and find out how we and others can best benefit from it.

To hide in fear does nothing. To react does nothing as the changes will come whatever we do. 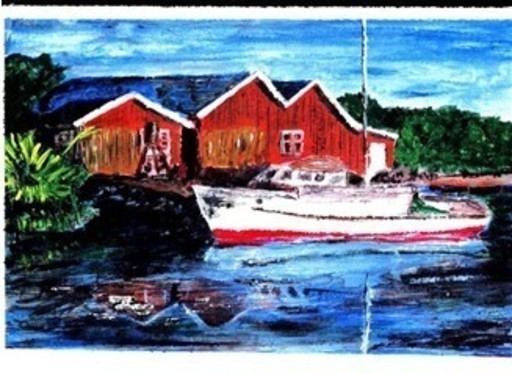 Poems from my inner self. Some paintings too.Poems started with my own feelings thoughts and ideas. To explore and expose one's inner self is to operate without pain killer of any sort. To look at and be your own judge and examiner as well as sharing is caring of self and others. It can go out to outer space and drift for years to come. One day it may return with a little one.