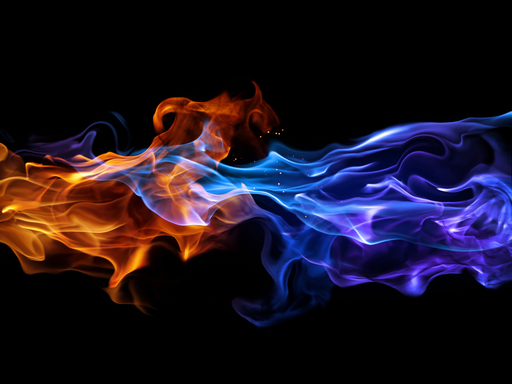 After a person starts killing people in Paraphane, Shiloh and his friends find themselves at the center of a possible war but when Elnora is taken to be a sacrifice by the Timarks; Shiloh must race against time to find the girl in his visions before its too late. In the second installment in the Legend of Phurturriah Series: Scarlet Eyes, everyone has a journey to take, secrets to hide, a purpose to find and pasts to uncover but will getting what they think they want be what they need or will it be the very thing that destroys the essence of who they are?

1. The Light Is Lonely Too​

“Hey, help me with that over there Nala” a young girl called out to her- her hand pointing to an empty jar.

“On it Ella” Bianca replied cheerfully.

Taking the empty vase, Bianca did as she was supposed to and carried it down the road to a local well where all the villagers got their water. Placing the vase on one of the sturdy brown stones; she quickly pulled the rope closest to her so the one holding the pail would descend and get the water she needed. Within a few minutes she secured the water and made her way back to the village.

“Over here Nala thank you for getting the water” a woman named Raina answered. Bianca smiled at Raina and placed the vase now full of water on top of the brown table where Raina was preparing a meal.

Siting on one of the chairs located in the sitting room, Bianca plopped on it exhausted. As if what she did wasn’t enough to show that she was tired, sighed heavily.

Raina, who was a short woman, was slim in size and fair in complexion. She couldn’t afford most if not all of the things Bianca could but she did the best with what she had. Her dark black hair was long stopping at her lower middle and her skin matched that of the dark brown table which was placed at the center of the kitchen. When Bianca started to close her eyes, Raina was still working tirelessly in the kitchen on dinner.

“Nala, Nala, Nala” the nudging on her shoulder caused Bianca to wake from what seemed like a short nap. Raina had called her and when she made eye contact with her, gestured with her hand for her to come to dinner.

“Nice of you to join us Nala sleep well?” Raina playfully asked with a warm smile.

“Hey no fair she got to sleep while I was out finishing my chores, I should revolt!”

This usual statement about fairness came from Ella but since she made it so often everyone joined in on a laugh.

“Thank you Raina for this, I know I say it a lot but I hope you know how…” Bianca’s thank you was interrupted by Cole’s grumbling. Raina smiled at her husband who like Ella usually did this when Bianca would start to go off into a rant.

“Now Nala we have told you that you staying here is no trouble at all. We are happy to have you here. All three of us right everyone?”

Ella nodded her head as she engulfed herself into the meal for the night while Cole just shook his head. It was a nice feeling, to be around people who actually wanted her there, who didn’t lie to her. It’s been six weeks since she left her old life and runaway. At first she was so sure of herself but as the days passed, she didn’t know where she was going. At the end of the week Bianca had reached the edge of Faireryah with little luck on finding what she wanted to find, her real family.

It was the whole reason why she left in the first place. Her parents, or as she referred to them now as the King and Queen lied to her for fifteen years until an overheard comment from Amala changed everything.

Now looking back on it, Bianca was grateful to her because it had forced her to come to terms with the truth. The best part about it was the fact that she didn’t have to live a lie anymore. When it became clear to her that the Queen would do her best not to discuss the fact that she was adopted again; Bianca left. It wasn’t until the fifth day that she wound up in Linpherse Village. Located at the edge of Faireryah, the quiet little village was different from the others she’d usually come across. As soon as she entered the villagers seemed to welcome her with open arms. In the middle of the welcoming, she met Ella and her family.

After Bianca expressed she was tired and had nowhere else to go for the night, Ella immediately led her to her parents’ home and the rest was history. Raina and Cole were both willing to help her and made sure she felt right at home.

For their kindness, she’d be eternally grateful but there was one thing she hated. She lied to them and told them her name was Nala. It seemed unlikely now but when she’d just runaway, she couldn’t risk the chance of the king finding her so she used a fake name. It was tough lying to them but it was necessary. She needed the time to be able to think and figure out her next step.

“Nala!” Ella tapping her on her shoulder caused Bianca to return from her many thoughts and turn to look at a little vision of Raina.

“Yes Ella what is it?” Bianca inquired trying not to sound to annoyed.

“Ella was just talking about the new signs being put up all over Faireryah did you see them?”

Riana asked answering Bianca’s question. When Bianca shook her head, Raina was about to answer when Ella, who usually was very energetic about everything, interrupted.

“The signs are straight from the King about his missing daughter. They have a black and white drawing of the girl and her name is Bianca. As Ella began blurting the words from her mouth, Bianca began to panic.

This wasn’t happening. She was finally in a place where she felt she could trust people, a place where she could figure things out but obviously that notion was false. When Bianca got out of her own head and tried to think of a way to avoid the king finding her again she lifted her eyes to see Cole, Raina and Ella all staring at her.

“What is it?” Bianca asked calmly as she tried to hide the anxiety in her voice.

“She looks a lot like you Nala, almost as if you two could be sisters.” Nala said slowly.

Okay now Bianca was really worried. Soon enough they would figure it out and she would be found by the one person she’d rather avoid.

“Nonsense you know what? It looks like everyone is done with their meals so I will collect the dishes and wash them tonight.”

Before any of them could object, Bianca stood from her seat and grabbed the dinner plates to wash them. Within the hour everyone thankfully retired to bed when Bianca reentered the little cottage.

Placing the clean plates on the table, she then went over to the room where she shared a bed with Ella. Lying on the bed, Bianca gave out a huge sigh. News about the sign scarred her because as it meant that the king hadn’t stopped looking. She wouldn’t give up though. Whatever her next move would be, it would have to wait till morning. Tired from the work, as soon as she closed her eyes sleep had come like a thief and claimed her.

Another day. Shiloh sighed as he looked up at the sky reflecting. His mood rarely changed these days and for a good reason, his father’s death wasn’t exactly something he could just forget. A cool breeze blew throughout the field just outside of Ayuden on a bright August morning. Like every other day in the past month, Shiloh came and sat where his father laid buried underneath the bedrock. Upon touching the area, it still felt like it’d just happened. And then there it was right on time.

Feelings of loss and confusion overwhelmed him as he spent the majority of every morning replaying the events that led to his father’s death in his head. He had hoped that some way or somehow his father would appear out of the ground and be fine but that didn’t happen.

Shiloh looked up at the sky and wondered how his mother Dallas could’ve just left them like that. Sure he understood a lot of things about Vilece and even about his old home but he couldn’t understand why his mother would leave in the heat of battle, in the dire moment when he needed her most. He’d overlooked all the lies and constant acts of deceitfulness if she’d only stayed and took him with her.

He’d overlooked the fact that she never mentioned she was from Vilece and he overlooked the fact that she brought him here in the first place. All these things had changed him. It made him understand her a little better but he would not, could not understand her abandoning him and his father in their time of need. It just didn’t make since and maybe it never would. He could toss into the pile of things he didn’t understand.

Back in June, he and his friends took a journey through Vilece and sought to find the ancient metal of light, Phurturriah. They succeeded but Terah, however, had one last card to play. Just before he was about to restore the light to Enaviyah; Terah had appeared and gave him an ultimatum. She forced him to choose between his family and all of Vilece

Having to make a quick decision, Shiloh made the choice of saving Vilece but not without consequences. He remembered Elnora succeeded in freeing Dallas but she’d vanished before she could help Kevin. Then, to Shiloh’s dismay, Terah killed Kevin with no remorse.

Still through all of it, Shiloh succeeded and with the help of his friends he was able to defeat the abyss of dark and restore the light. After remembering, Shiloh placed his hand on his heart and tried to calm the pain and frustration roaring within. In an effort to calm down, he sat still. Surely right afterwards, he could feel Phurturriah’s warmth radiating in his chest. It had merged with him during the battle with the abyss of dark and had been with him since. It was the only thing comforting him right now. Standing up, Shiloh looked down at his father’s final resting place.

“I love you dad” Shiloh whispered before heading back into Ayuden.

What happened this summer truly affected him in more ways than he could count but losing his father because he was betrayed by his mother had hurt the most. 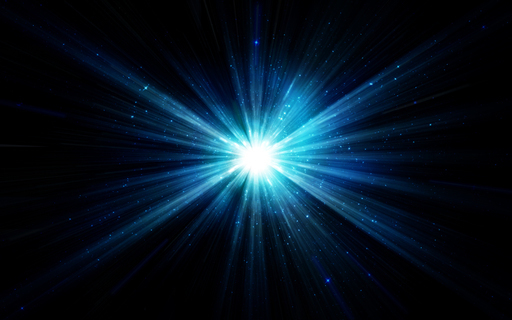 After a near fatal car crash separates him from his parents, Shiloh Underwood must find a way to travel to a new world called Vilece to find them. Little does he know, he will not be thrown into a journey where finding them isn't the only thing he must do. With help from friends Elnora and Karsin who have motives and secrets of their own to sort through; these guys will be pushed to their limits. In the first book in The Legend of Phurturriah series everyone will be tested like never before but how much are they willing to sacrifice in order to pass?