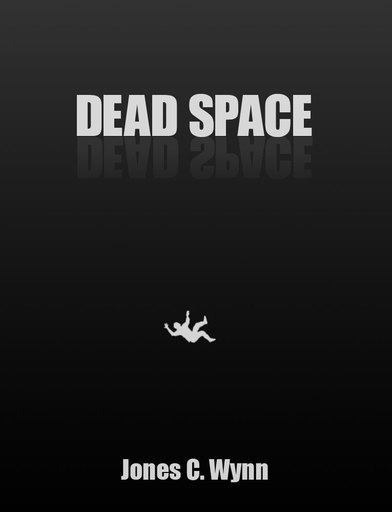 The threat of another invasion is imminent. With most of our fleet destroyed and nearly all of the human race dead-- Earth and her colonies are not ready to defend another attack. Until one man becomes the inspiration for a new era for humanity. To survive we must unite as one species against an enemy we know nothing about. They attacked first with no provocation, but only one thing is clear… they want us dead. What is their ultimate goal and will mankind be ready for another invasion?

It was particularly hot that day.  Every day was hot. He was 25 years old and had been selected to enter Colonial Defense. Dex drew a breath and exhaled slowly- that day was still a few weeks away and there was plenty to do on Gliese Cc before that time.  His homeworld was the most distant of the Earth Colonies and he was feeling further and further away by the day.. He was sick of the stench of death. Since the war the bodies seemed to double by the day.

He stood at the controls as the bodies rolled through. One at a time they rolled down the conveyor belt. So lifeless- he remarked in his mind how fitting that was for this planet. It had once been a breathtaking world at once but had been hardest during the invasion. Dex’s father loved his job and wanted nothing more than for him to follow in his footsteps at his Body Processing and Demolecularization Facility. Dex did not hate the business, he actually had a great respect for the responsibility of disposing our loved ones, but he knew it was not for him.  This was not always the case until his father had died a few years before the first invasion. His mother, Palladium, knew Dex was meant for great things but was not ready to be without her son. A fact that she never hesitated to drone on about for hours.  It was Ok, Dex felt loved.

The bodies continued to roll down the belt into a small chamber. One after the other they would be identified with genetic testing, catalogued with the Colonial database and put through a demolecularization process. One at a time with a flash of blue light the bodies were disassembled at an atomic level and the matter converted into fuel for a future starship flight. Memorials still happened for most that had died. But since the first invasion, burials and traditional funerals were a luxury that no one had. There were only a handful of humans left since the first attack and processing the dead had become a mundane task that numbing your sensitivity to this massive undertaking was the only way to deal.

Backup arrived and Dex gladly handed over controls to his replacement for the end of the day shift change..

"Only three weeks and then you are out of here, huh?" said the thin and pale girl in front of him.

He had only known the girl several days since she arrived from Earth.  There were jobs to do here on Gliese Cc and more employees were needed to fill in for the millions dead. If only he had more time he could have grown fond of the girl. She had a cold sad face that read 'Why me? Why did I survive?' He knew the feeling well and could relate to her on a very deep level. His brother was also killed in the war. It was a feeling he felt every day.

He walked through the factory and caught the hyperloop to the main city that sat some 2000 miles from the main industrial complex. Thirty minutes later he arrived at the city and followed the once familiar path to his living unit. It had been such a grand city just years before, full of life and technology.  Only the charred remains of a city in reconstruction remained.  The hallways once full of laughter and busy humans running about from one appointment to another was now replaced with the emotionless faces of the survivors and the whir of industrial 3D printing technology that was autonomously rebuilding the city. His mother greeted him with her usual exuberance. She was always so damn cheerful, but it was also something very endearing about her personality.

"Dex! Welcome home, son," she exclaimed as he walk through the door. The computer system welcoming him home was dulled out by her excited voice. He would not miss this feeling and the powerfulness of his mother and her love for him.

“Dinner is ready and then we can watch the new feeds from Earth about the reconstruction effort,” she said.

“I’m going into town tonight.  I want to say goodbye to some friends before I leave,” answered Dex.

Palladium glanced down.  Dex knew what this meant and the love and guilt he felt for his mother’s losses were pronounced in this moment and in her face.  It was more than he could bear.

“How about we watch the first hour together and I’ll catch up with the gang later?” he ask.

“Oh, Dex!  Thank you. Maybe we will get to see the New York reconstruction tonight. I have heard it is fabulous!”, she squealed walked around her workstation to hug him with tears in her eyes.  How could he leave her with all this?  What would she do once he was gone? Dex knew he must be strong for her and continue on this new path for the good of mankind. No pressure, he thought.  But soldiers were few these days and he knew what he was being called to do.  He had not gone into the Colonial Defense before the first invasion at the insistence of his father to stay on Gliese Cc and help him with the family business.

They ate and watched the updates from Earth. The reconstruction was slow and sparse. There was plenty of equipment to rebuild the cities, but without a population to fill it there was no reason. Most of the reconstruction was focused on government and commerce.. The propaganda was the same- 'Have babies- repopulate' and 'Prepare for War'. Such a strange dichotomy thought Dex. Have babies so they can grow up, learn to fight and die. How grim.