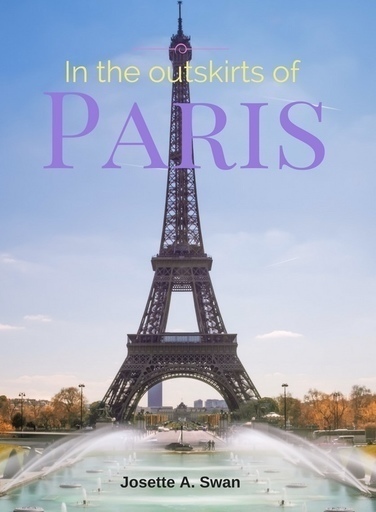 In The Outskirts Of Paris

Aceline’s life was full of mystery, we knew she never had an easy life but we never imagined this. She fell in love in the wrong time and it all spiralled from that. Loosing her family was one of the hardest things to live with, but she never lost her smile, she continued to overcome difficulties and fight for those that now depended on her. Based on a true story.

74 Reads
5 Favorites
Get the App

Perhaps I should start this story with once upon a time, like all of my beloved childhood stories.

This one certainly has a ravishing love story, full of endearing romance, tradegy also, but since this story doesn’t have fairies nor enchanted forests, I feel I should begin with her name.

Born in 1931 in Paris, the year of the ‘exposition coloniale internacionale’ that opened the 6th of May in the Bois de Vincennes on the eastern outskirts of Paris. It was quite an important one, 7 to 9 million people came from all over the world to see it, and between all of them was Pierre and his wife Natalie.

They recently moved to Deuil la Barre, in the suburbs of Paris, in search of a new life, they found this small but cosy apartment, that was just on their price range, moving was hard, they had no idea, but today they needed a well deserved break from all the unpacking, unboxing and figuring out how to get the sofa through the launge doo, that’s right now it’s sitting in the hall with all the family pictures and flower pots.

Natalie was a bit of an artist herself, she loved the tranquility of the country side where she would spend hours painting whatever cought her eye that day, she loved to hear the wind rustling through the trees, the little birds designing their little nests and all the hard work that comes with it.

It was on a Sunday when she would have the day all to herself, relieved of the stress of helping her family in the farm, feeding the pigs and collecting eggs, milking the cows, fighting with the cockerels that were so protective of their families; she loved all that, really, but when she was sat in the still damp grass, looking at the horizon and dreaming of what adventures could she encounter if she could only be brave and leave everything behind, then the dream suddenly dissipated and she would remember that the world was broken, her country was broken and maybe there was no place for her to scape other than through her imagination and her paintings.

The war was over now but it would never bring back what it took, instead she would persuade herself that she would have this Sunday to paint her dreams. But one of this Sundays might just be different from the others.

Natalie woke up today with eagerness to start the day, with butterflies in her stomach, as today was going to be a great day, Sunday.

As she was heading downstairs for breakfast she could smell her nana's famous raisin loaf and her bother provided with fresh milk and eggs from the animals. She gulped down her drink and had a quick bite of the still warm loaf while her mum was packing lunch for her.

Natalie kissed them goodbye, took her stuff and started walking towards the gate.

“what time will you be back?” Asked her mum worrying.

“In time for dinner, love you” she stopped walking when she reached her favourite spot by the river, two miles from home.

When she reached the river, where she always stopped, she saw a young boy swimming, the boy didn't seem to notice her until she got closer. He looked at her and suddenly became startled, then he quickly glanced back and forth at the tree holding his clothes by the shore.

“Hello” said he trying to look nonchalant. “Please forgive me ma’am, I was sure nobody would come here on a Sunday and it’s such a hot day I fancied a swim”

Natalie tried not to look directly at him while smiling and nodding. “I..I... I come here almost every Sunday” said Natalie trying not to show how red her face was.

“Ma’am would you mind?” He said catching his breath to be able to master the strength for his next words “bringing my clothes?, there are right there on the branch of that tree, I would come out and get them myself but as it turns out I found myself in a bit of a situation.”

Natalie nodded looking down at the floor and slowly approaching the tree, in the corner of her eye she noticed that he was coming out of the water, her heart started pounding and her hands trembling, all kind of thoughts passed through her mind. "Is this a trap?" "what its happening?"

“Thank you very much” said he poking her shoulder. “My name is Pierre, and yours?” Natalie turned around and that was the exact moment where their eyes met and blood came rushing up her cheeks. Scared she dropped the clothes on the floor and ran home leaving all behind.

Natalie woke up this morning quite tired and her back sore from cleaning the pigs pen yesterday. She started helping out in the farm since she was 11. Same year her dad and older brother were killed in the line of battle.

“Natalie, breakfast is ready!” shouted her mum from the kitchen.

She did not have the stomach to eat today, she always found it hard to eat anything at 4am but mother always said that if she wanted to keep her strength till lunch she would have to eat something. She could smell the fresh baked bread rolls.

“Good morning sleepy head" she said chuckling, as if anybody could be called that at 4 in the morning.

"I got you some fresh orange juice this morning" she said. Natalie took her time eating her breakfast. “Today you need to collect the eggs and clean their coops and I am making your favourite stew for lunch” she said with the biggest smile. She loved cooking and baking for all her family, it was like the ultimate mission to keep them fat and strong and healthy so they could do their jobs with a happy tummy.

“I will get right on it mum, where is nana?” She asked

“She went down to the market with your brother”.

Last bite. She adored her mums cooking although she never took the time to learn, sometimes nana would try to lure her into the kitchen but no matter how much they tried her passion lied on painting and dreaming instead. Her mum always said her head was up there with the birds in the clouds.

“Good morning birdiliciouses” she started saying to the chickens, yes she did that.

“Thank you for the yummy eggs, here is your corn, enjoy pecking away, the field is all yours, off you go” she said while opening the gate to let them roam free around the farm, out of all the animals the chickens were her favourites.

“Now to clean your precious poop” when she finished cleaning up she reached for the straw and she had to look twice but yes, there he was, the swimmer, it has been three days since their encounter and although she did not stop thinking about him she never thought she will see him again.

“It’s different isn’t it?” Said Pierre with a grin on his face.

“Yes, now you are wearing clothes” she said more confident than the first day she met him.

“Ha ha exactly, I am sorry if I scared you” He said apologetically.

“I am sorry too for running away."

"How long have you been standing there?” hoping he didn't hear the crazy lady talking to the chickens.

“Long enough to see you have a very healthy relationship with your chickens” he found that very amusing.

“Well, we have a stall in the market in town, and your grandmother is friends with mine, she has been bringing us milk and eggs for a while now”

“But how did you know it was my nana?” She asked quite surprised.

“I heard her telling my nan all about her beautiful and talented grandaughter, also she wanted to sell some paintings, I recognised them from the ones you left behind, remember? you were in such a rush that you didn’t notice, so I took them with me and hanged them up in my room”

“And when are you bringing them back?” She said blushing and trying to keep her cool.

“Back? No way, finders keepers, you abandoned them. I could never give them away, they remind me of this beautiful girl I met by the river on a Sunday morning” he said proudly.

All of the sudden she realised she was covered in mud and manure.

“Hey Natalie who is this guy?” Said her brother coming out of the house.

“Mum is sending us to visit the Bissets, their daughter is sick and mum baked them a pie” he said without taking his eyes from Pierre.

“This is Pierre” she said clearing her throat trying not to sound nervous; she wasn’t going to tell him how she met him “they have a stall in the market, he is just passing by” she was hoping her brother was satisfied with the answer.

“Oh Cool, you are the guy that bought Natalie's paintings, nice to meet you Pierre, my name is Claude" he said shaking his hand.

"Let’s go Natalie mum is waiting” As Claude was leaving Natalie and Pierre’s eyes met again bringing memories from last Sunday, she felt her hands were starting to sweat, her pulse was racing and she was hoping he could not hear the loud beating of her heart.

“So your name is Natalie?” he asked with a serious tone on his voice.

“Yes, that it’s my name” she said. Claude was almost out of sight.

“Sorry Pierre I have to go now, maybe we can meet again another day, since you know where I live now” she said.

“Yes, we could” said Pierre in a low voice almost like talking to himself.

Natalie closed the gate behind her and turned around towards the house when she felt the cold touch of Pierre’s hand catching up with hers and pulling her back towards him, he said nothing, then she felt his cold lips touching hers, and a warm electric shiver shooting down her body then he pulled away.

“See you soon Nat” he said as he started walking towards his truck.

She turned around and it took her a couple of minutes to recover the feeling on her legs.

“Breathe” and so she went in to change herself.