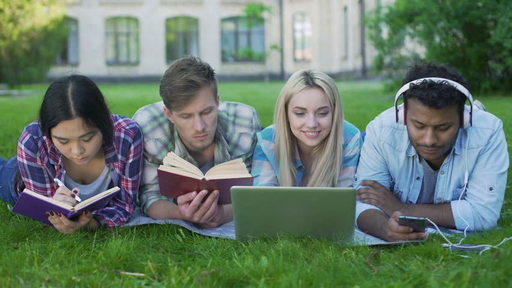 Below you can read my research paper of Stem Cell Research. The history of stem cell research is quite exciting, which has also been tainted with controversies and debate. The following article discusses on the history of stem cells research, stem cell functions, and ethical and moral issues associated with stem cell research.    History of Stem Cell Research  With the advent of microscope in the 1800’s followed by the discovery of cells, scientists indulged more in understanding the biochemistry of cell biology – how cell propagates, and how one cell gives rise to another cell and then tissues. History of stem cell research started in the late 1800’s when scientists tried to fertilize mammalian eggs in vitro but only slight success were achieved for want of advanced research tools. However, in 1959, in a breakthrough experiment, scientists produced rabbits using in-vitro fertilization technique. Another success was made when researchers in the early mid 1960’s revealed that sexual organs of mice possess some unique cells that could give rise to various other kinds of cells. With this finding, researchers first began to think about stem cells.    In the mid-1980’s, scientists researched on human testicles followed by human blastocysts. However, scientists achieved great success in 1995 and 1996 while studying on stem cells obtained from the embryos of rhesus monkeys. And finally in 1998, scientists at the University of Wisconsin isolated human embryo cells from a human blastocys -- a hollow structure, which is made up of outer layer of cells, a fluid cavity and the inner mass. Stem cells are found in the inner mass of blastocyst, which are removed and cultured in a culture dish where the stems cells grow over time.  Do my research paper for me about What Are Stem Cells?  Stem cells are endowed with remarkable characteristics of developing into different cell type in the body. It serves as a repair system – and when a stem cell divides into two, the newly formed cell can either remain the same stem cell or it can become a particular cell type for doing more specialized function. Mixed with unique qualities, stem cells became an interesting area of research, especially in the field of biotechnology. Scientists at several biotechnology labs are doing extensive research and trying to find potential role of stem cells in medical sciences especially in the treatment of severe diseases including Parkinson’s disease, Alzheimer’s disease and muscular dystrophy, etc.    Controversy in Stem Cell Research And Future Challenges  The most ethical controversy in stem cell research is related to the source of stem cells, which is chiefly the human embryo. These cells are derived from eggs that have been fertilized in vitro using in-vitro fertilization and are donated for research purposes. Since, embryonic cells cannot be cultured in vitro; they are being used as a source of stem cells. This has raised many ethical and moral issues and there is a need to make certain that stem cells research do not promote the culture of embryos or the termination of pregnancies for such research purposes. The ethical and moral issues associated with stem cell research are intricate and need considerate dialogue in public to reach a final decision. To this end, the former U.S. president George Bush and his administration have limited the federal funding for stem cells research. They have also asked the National Bioethics Advisory Commission to carry out a systematic review of the issues related to human stem cell research. However, it is also important to note that stem cells are very useful in the treatment of incurable diseases including diabetes and one cannot ignore this fact.    In spite of various stem cell controversies, scientists all over the world are aware of the potential of stem cell research and its contribution to the medical sciences. At present, scientists are using stem cells for three main purposes: first, scientists are working on it in order to understand more about stem cells. Second, it is being used in the treatment of various serious medical conditions. However, the third one is the special kind of stem cells called hematopoietic, which is being used to save human lives.