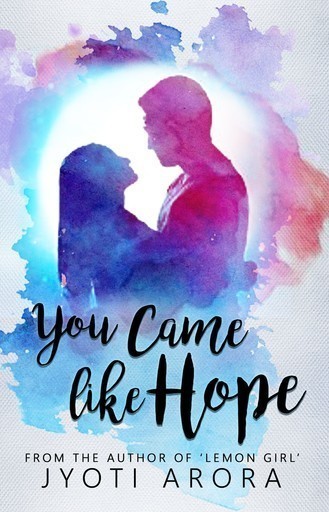 The entertaining and heart-warming love story of You Came Like Hope takes you on a rollercoaster of emotions as it uncovers some bitter truths, challenges widespread prejudices, and forces you to reconsider your beliefs. A must read for those who enjoy romances that leave them with something to think about.

The entertaining and heart-warming love story of You Came Like Hope takes you on a rollercoaster of emotions as it uncovers some bitter truths, challenges widespread prejudices, and forces you to reconsider your beliefs. A must read for those who enjoy romances that leave them with something to think about.

I heard them mourn my death. I lay in the next room. Motionless, silent, and staring at the ceiling.

Darkness stretched out from every direction, engulfing me in it. The heavy curtains on the window kept the sunshine away. One streak of sunlight still managed to trespass into the territory of gloom. Like a torturous, lingering hope of a broken heart. My eyes marked its path. My brain failed to recognize it.

In the next room, voices kept on rising, trembling my heart with their every word.

‘Peehu! My child!’ my mother cried. Amid the muffled murmurs of other people, I could also hear another voice of sorrow. It was my father. That was the first time I had heard him cry. It was terrifying.

‘My poor child,’ my mother wailed. ‘She always said she was my unlucky daughter. We said she was careless and rash. We scolded her so much. Now look what has happened. My poor Peehu, dead at such a young age.’

Something was weighing me down, robbing me of the power to move or speak. An aching longing that screamed there had been an irreparable loss. Something had gone away from me that I would never get back. Something had ended. I just couldn’t remember what.

Mother kept on crying. I heard the word again in mother’s wails. Unlucky. Yes, I had said that to mother. Often. I had believed it too, for as long as I remember. My twin sister had all the good luck. I had all the bad luck. Or so it seemed to me, at least. My life had done a marvellous job so far in proving this to be true.

The trouble with me is that I forget all caution, when I need it the most.

I knew I was not supposed to set foot inside his house. I had already done one blunder. The result of that was wrapping its web around me. Suffocating me. It was foolishness to be stepping into yet another mistake.

But there I was.

‘It doesn’t matter. I’ll leave soon. He’s not here anyway,’ I excused myself, taking a deep breath of the pleasant lemon-scented air of the place.

The room was simply furnished. There was an oval centre table topped with a black glass. Pencil scrapes fluttered on half of it and school books and notebooks covered the other half. An almost empty school bag lay huddled on the grey couch next to it. There were matching single-seaters on the other side of the table. A square dining table stood on one side of the room. It had only two chairs.

Besides this sombre furniture, there were three Disney cushions on the grey couch, artificial sunflowers with smiley faces in a vase, a flower-shaped wall clock, and a cute flower and bee shaped perfume dispenser in a corner. These childish whims and fancies served well to add cheer to otherwise too plain a room.

My eyes brushed past all these things, only to be arrested by a photo hanging on a wall. It showed a girl child holding the hand of a tall man. He was dressed in blue jeans and grey t-shirt. The attire suited his height and strong built well. The child was grinning at the camera. Her companion was looking down and smiling at her. It was a smile that could have forced any woman to become rude and stare with desire. I was glad it was just a picture that I was staring at.

The owner of that smile had moved to Delhi four months ago, renting a house very close to my cousin sister Rajni’s house. This was the first time I had come to stay at my cousin’s home since then. My mother had let me come. But she worried that he was too near, the son of a defamed family.

‘You know what his family history is. Stay away from him, no matter what Rajni tells you,’ she had ordered.

‘Too late,’ I murmured, staring at his picture and wondering what mother would say if she found out. But then, there were far worse things that I had hidden. Things that, I knew, would hurt my parents more. Far more.

‘Too late? But you just came,’ a child’s voice broke through my thoughts. She was the one who had pulled me into this prohibited house.

‘No, I wasn’t talking to you. I was…just…I must go now,’ I said, turning towards the door.

‘But you’ve come to teach me, haven’t you? Chachu said that a tutor will come. You are not the tutor?’

‘Then why are you here?’

‘Why, indeed?’ I asked myself. ‘Because you are dead. Dead haunt lonely places,’ my own mind mocked me.

I couldn’t have repeated that answer to a nine-year-old child. ‘You brought me in, remember?’ I said instead.

I had been walking on the road, busy with my thoughts that were as stifling as the humid July evening. Thanks to Rajni didi, I knew who had rented the ground floor house of the three-storied building painted in blue. If my steps lingered a little too long in front of his home, it was mere curiosity. Then I saw the child. She was peeking out from the window as if waiting for someone.

I smiled and waved to her. She vanished from the window. Before I could turn and walk away, the wooden door of her home opened.

‘You are the teacher?’ she called out, opening the iron security door too.

Mani did not wait for my answer. She ran out, exclaiming, ‘Good evening, ma’am. Please come in!’ She unlatched the building’s gate and smiled at me. ‘I have a maths test tomorrow. So, can we please study only maths today? Three chapters are to come and…’ Before the gush of her words was over, she had urged me into her home.

I don’t know why I obeyed her. I was not supposed to enter that house. But I did.

‘Oh, yes,’ the child said, remembering how she had led me in her home. ‘I thought you are my tutor. I have a Maths test tomorrow. I don’t know anything. The teacher was to come at 4 pm. It’s almost five now. I don’t understand the chapters at all. I’ll fail in the test,’ big tears started dripping from her eyes before she finished her speech.

‘My name is Manika Kapoor. Manika means jewel. My Chachu calls me Mani. He says I’m his precious mani. What’s your name?’ she said.

‘My name? Well,’ that was a question that always made me uncomfortable now. ‘People call me Pakhi,’ I told Mani. ‘I’m your Rajni auntie’s cousin.’

Mani and I soon settled down on the grey couch to study. In about two hours, I had taken her through all the three chapters that were to come in the test. When we ended our class, she was confident of a good score the next day.

‘Would you like some tea? I know how to make tea in the electric kettle,’ she said, gathering her books.

‘Thank you for teaching me. I’m so lucky that you came here when I needed a teacher so much,’ she said, smiling brightly.

I smiled back at her. ‘I hope you’ll always be lucky,’ I said. ‘When I was your age, I considered myself the unluckiest person of all.’ I did not tell her that the belief had outlived the childhood and still cast its shadow on my life.

‘Well, things just kept on going wrong with me. My tiffin boxes opened the wrong way. My notebooks liked getting wet or damaged. My beautiful school projects liked getting ruined at the last minute. I got sore throat before a singing competition, ankle sprain before a race, and a torn dress for a dance show to be aired on TV. Such things kept on happening to me all the time,’ I said.

Mani laughed upon hearing of my accidents. I too was smiling. However, those accidents hadn’t felt a matter of laughter to me when they had happened. Others had laughed at them. To me, they had been the confirmation of the belief that I was unlucky.

I was still recounting my childhood miseries when the doorbell rang.

‘Chachu has come!’ Mani exclaimed and rushed towards the door.

‘Be careful,’ I called out. ‘It can be somebody else.’ I almost hoped for this to be true.

‘Oh, nobody comes to our home. This is the time when Chachu returns from office.’ She opened the door. 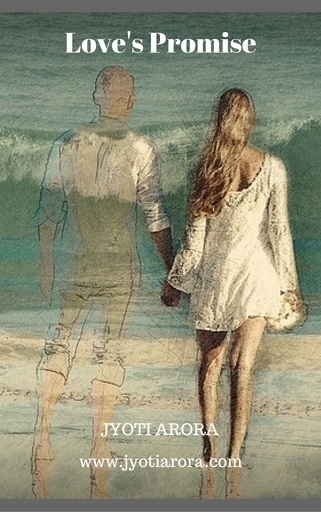 Nothing is more precious to a loving heart than the beloved's happiness. And if it needs to be bought with a supreme sacrifice, then the price is willingly paid. Check out this beautiful and moving story of true... 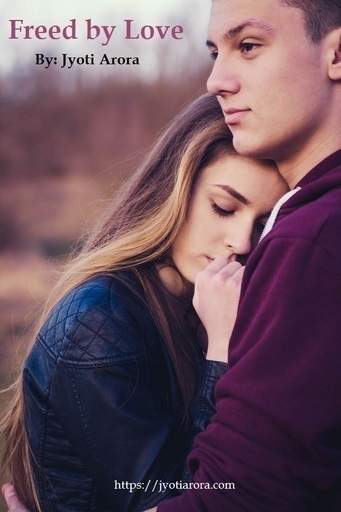 ***A beautiful and entertaining love story with romance of a beach side, thrill of action and sweetness of true love.*** It might be easy to fall in love. But it's rarely easy to accept it. It certainly isn't easy for David and Lillian. A relation between them means certain scandal and media frenzy. Would these two lovers caught in the media glare dare to close the distance between them and accept their love?