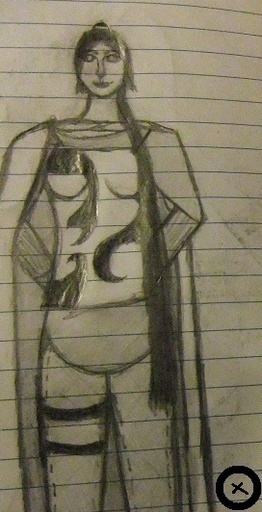 This is a back story for a character in a book I started writing with a friend in high school. I ended up writing this because I wanted to expand on my character. This time, it IS my art as the cover so, be gentle.

Akyrali, or Kyr as her mother had called her, sighed and looked around the dismal training room. Fellow students all the way from wobbly, barely coordinated cubs, up to fully decorated Black Guards were training. This was her life---training until she was deadly, methodical, and nearly emotionless. Then, she would be sold to some royal family as a guard or assassin. That was what happened when you were born with a panther for your second form. Many Guards were proud of their inky black coats. It was a sign that they were meant for the Halls, and for a life of glory guarding royals.

To Kyr though, being a panther had caused her nothing but misery. It had cost her mother her sanity, and eventually her life to know that she would have had to give up her daughter to a life of violent slavery. But it was against the law to keep a panther child, and when the King's guard discovered Kyr still in her mother's care, they arrested her mother and shipped Kyr to the Guard Hall. Kyr hadn't seen her mother in the ten years since. The unknown fate of her mother hung over Kyr like a black cloud of guilt. But she was grateful for the two years her mother had given her. She'd known what Black Guards really were: enslaved assassins.

"Akyrali! Focus! You'll never get out of here daydreaming!" The command was followed by a swift and harsh blow to Kyr's gut. She was sure to have a serious bruise there by the end of the night. The instructors here were harsh and ruthless. But Kyr could do nothing about that. She was only twelve, and she was their property. One day in the not terribly distant future, she'd be someone else's property.

Kyr gritted her teeth and drew an arrow from her quiver. She wondered what it would take to escape the Halls. Only graduates were allowed to know where the exits were to prevent current and unstable students from defecting. Supposedly the Halls were so grand that most of the Teachers kept maps in their pockets so they did not get lost. But no one could prove otherwise. The Teachers were some of the Hall's best and brightest. Every few generations, the Headmaster hand-picked a select few of the best students to stay at the Halls and replace the older Teachers. So no one could best a Teacher, except for a fellow Teacher. Kyr shivered, thinking about it. She was glad that she would not be in one of the graduating classes the Headmaster would pick from.
"Akyrali! Shift and run laps until instructed otherwise. If you cannot focus, you can run until you're exhausted." There was no point trying to figure out which Teacher was addressing her today. The only differences between him and the other Guards were physical features.
"Yes Teacher." Kyr responded mechanically. Then she wondered; she'd been told she was just as good at fighting as almost any Teacher in their section of the Halls. He was the only one here. If she could get him away from the graduates...she could search him for a map! Kyr shifted and ran as fast as she could for several minutes. Then she pretended to collapse--something that happened quite often in the Hall. The Teacher came over and began to drag her still feline form down a hallway presumably to the infirmary. Once they were most of the way down the walkway, Kyr sprang up and bit his arm.
"Sneaky witch!" The Teacher yelled, "You'll be sorry!" With his threat out of his mouth the Teacher launched himself at Kyr, shifting in midair so fast, Kyr barely had time to register it. She growled and jumped up to catch the Teacher. Their bodies slammed together, knocking the air out of both of them. Kyr recovered first, using her training on her instructor she swiped at his face with one paw and raked the other down his neck. The Teacher roared, then he jumped at Kyr, grabbing her throat in his mouth and pinning her with his paws. With this, he began to do something Kyr had no idea was possible. He forced her to shift back. Akyrali was deadly as a panther, but she still had a ways to go before she was equally intimidating in her human form.
Knowing who'd bested whom, Kyr relaxed her body. She began to silently cry. She was never getting out of here. She would never be her own person. She would never be free.
As if to add to her despair, the Teacher then turned to her, "For this, you will spend the night in the earth. See what happens when you turn on one of your own."
Kyr's eyes widened and her small, thin body went stiff with fear. "Please, Teacher! No! I'd rather die than---"
"Next time, cub, you will die! We do not take kindly to backstabbers." The Teacher assured her, backhanding her face for emphasis. "And perhaps if you'd learn to control your fear, no one would be able to use it against you." Kyr's entire body began to shake. She'd never liked small dark places, and when the Hall had discovered her phobia, they'd tried to cure her of it by making her spend days in a small, dark, earthen cell in the deepest recesses of the Halls. They'd never purged her of her terror. She'd only gotten incrementally better at hiding it.
They'd reached the cell. Without a word, the Teacher threw her down the hole, leaving her cold, bruised, and broken. Just before he left, the Teacher leaned down and spoke, "You know, it's not the model pupils that stay behind to teach the new students." Kyr could practically hear his cruel smirk as she looked up at him in confusion. "You’d better get it through your head child that if you don’t straighten up, you'll end up assigned to Teach, so they can always keep a close watch on you." Kyr's blood ran cold. To be sold off as a king's Guard was bad, but to stay here forever...Kyr made a promise to herself that night, she'd be a model student from now on, or die trying. She would not be condemned to these Halls forever. 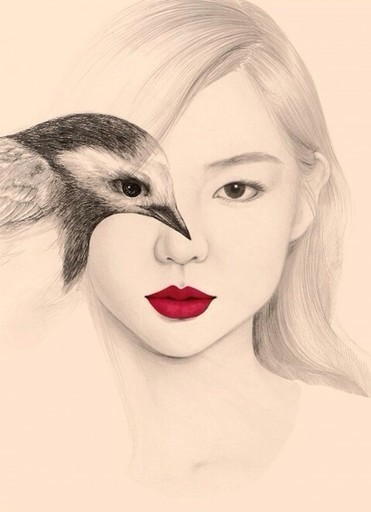 Birds of a Feather

I wrote this story for a creative writing class and later went back and edited it for my portfolio. Hope it's not too weird! Disclaimer: I did not make the cover myself. I got it from google images. Original artist: you rock! 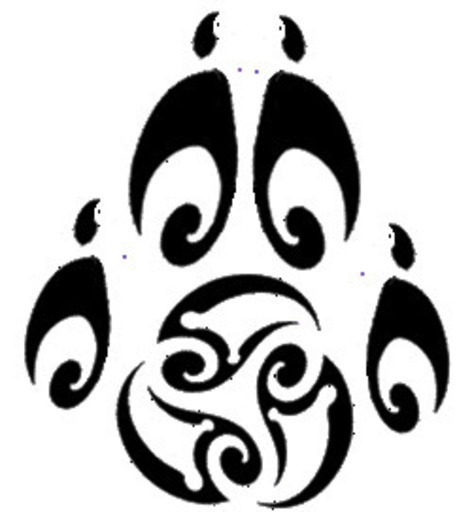 Wolf girl is found by a lady who tries to adopt her.