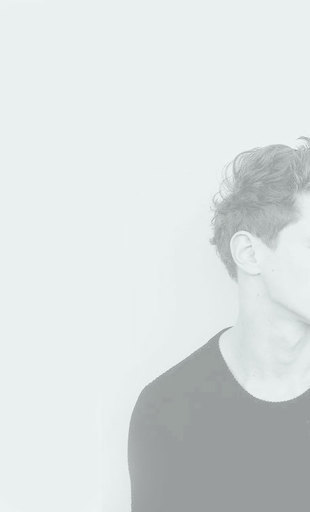 She seems him on the train. Every day.

22 Reads
1 Favorite
Get the App

She takes the same train every day. The rhythmic clank on the rails, the car leaning into the curves, rustling of the morning papers, bittersweet smell of coffee - they create an invariable shell to her mornings. There’s safety sliding into a new day, brain still muddled from sleep, surrounded by familiarity, routine. She used to hate routines. Now she embraces it, feeling tired to the bone, older but not wiser.

The ride takes 30 minutes. Every morning. Every afternoon. The passengers are unsurprisingly the same too. A combination of faces, pieces sometimes in different order, but the pieces consistently fit. One can spend an eternity in motion, eternity in going to places. Sometimes she wondered what would happen if someone pulled the emergency brake. See the faces topple over, eyes wide,  hands losing their extensions of iPads and cell phones, skidding across the floor. She misses the girl who would have had the nerve to even consider that.

The boy always sits across the aisle, facing her. Every day for three months now.

The young man with dark brown hair, either tousled carefully with product, or unkempt, straight from the bed. It’s hard to tell these days. The long fingers cradle a Star Wars thermos mug every morning, gingerly squeezing the hot surface. He acknowledges her, every day. Slight upcurve of the mouth, a gentle nod, eyes sweeping across her body - a soundless hello on his lips. Ever since that first day when she started to take the train to her new work downtown. The boy had scrambled to his seat that first morning, breathless like he’d been running - halting beside her, sneakers squeaking across the floor. He’d looked mildly surprised before sitting down on the blue seat, facing her. Cheeks blushed from the cold air outside and running, eyes clear from excitement, body heaving steadily pulling air into his lungs - she had stared, quite unabashedly until the boy noticed, lifting his eyebrows in question. After that, she only looked in secret.

They never talk. Never say a word to each other. People seldom do, on the morning train, busily building barriers from books and music to keep reality away a bit longer. But he keeps saying his wordless hellos, sometimes looks at her across the narrow aisle, lifts his gaze from whatever book he’s reading at the moment.

Sometimes, most days, she feels the urge to say something.  But she could never tell him what she’s really thinking, never be honest. There’s no point in other kind of, idle and meaningless, conversation. Not with him. So she keeps silent. What would she even say?

She wants to tell him how she loves the way his long eyelashes create shadows across his cheeks. How she keeps checking what kind of weird socks he’s wearing today - purple dinosaurs or flying saucers. Should she tell him how her hopelessly sluggish morning brain halts imagining how those long slender fingers would feel against her back? Now that is a proper conversation for the morning train.

She feels - not ashamed enough to stop. But embarrassed enough to stop herself from speaking. Embarrassed enough to keep her eyes on the book in her lap, stealing glances across the aisle. She can feel his eyes on her sometimes, making her chest redden, hidden beneath the sensible button up. There’s no room for half-truths and train-acquaintances in her life. It’s become her mantra. She carries a calendar, the old kind with actual paper, with her every day in her purse. She wishes she could  jot down his name, to make room for him.

But spoken words lead to getting noticed more, getting put on a stage. She likes the anonymity that the train full of people wrapped in themselves offers. As long as she can keep watching, without really being looked at, she’s safe from making bad decisions.

7.30, another morning. People are boarding the train, finding seats, opening laptops, books, papers. A steady beat of the bass escapes through the earplugs somewhere near the door, adding a rhythm to the coughs, quiet hellos and shuffling of feet. It’s been raining all morning, making the car fill with droplets of moisture, umbrellas leaking puddles to the floor, polishing everything slippery. The air smells damp and earthy, the rising sun streaming through the windows makes the world blurry and soft, kinder. The boy drops down to his familiar seat, eyes glancing upwards, wide mouth forming the silent hello once again. Rain is sticking to his hair, making the ends curl on his neck. Her fingers are itching to touch, to swipe the beads of water away. The air between them fills with soap and citrus, coffee curling warmly towards her. It’s nerve-racking and comforting at the same time, like most good things in life are.

Unexpected sounds tend to make her jumpy. But the voice is deeper, lower and warmer than his boyish looks give reason to, instantly calming her surprised nerves. The voice doesn't fit the face. He nods toward the book in her hands. One glimpse a day, during the whispered hellos is not enough time to understand his deep golden brown eyes. She wonders if there’s ever enough time for that, can time be measured in heartbeats? She counts seven, taking full advantage of the situation, the tilt of his head, eyes finally staring straight into hers. Maybe she forgets to answer. Maybe she forms a careful ‘yes, though I find it strange’ in her mouth. Maybe she manages to push out the words slowly, tone even. The boy smiles, nodding, head still tilted, body leaning across the aisle. She misses her favourite constellation, the stars running along his neck, hidden by the tilt of the head.The attention makes her body warm, shy enough to want to push herself deeper into her seat, expecting it to swallow her, desperate to come up with something clever to say. Something a young man from another world would find interesting. The stars come back, a slow sip of coffee from his mug relaxes her back into the morning ritual. The moment is gone. Danger averted. Twirling her wedding ring on her finger, trying to keep her hands calm on top of the book, she hopes. Hope is a terrible thing but want will kill you. The gray skirt sticks to her thighs, hiking upwards, the blazer rigid on her back. She feels thin, the invisible shell uncomfortable on her person. This is really not me, she wants to say. She wants to look at the stars, scream, pull the emergency brake until her whole life stands still. The dark eyes and stars are gone, while she was hiding herself.