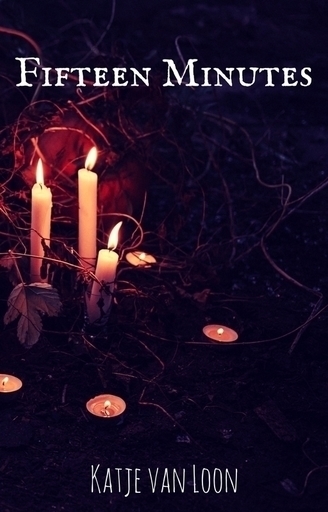 Forbidden magic always had a price. Trouble was, you could never anticipate it. A short story about witchcraft and heartbreak.

37 Reads
2 Favorites
Get the App

They always came into the bar together, though they were not a couple. She’d walk in first, and within about 15 minutes he’d follow, sitting only a few seats away. She’d order her drink and pull out a smoke and sit silently, brooding over her booze; he’d order water, which he wouldn’t touch, but he’d keep the barkeep or anyone else who would listen in constant conversation. After about an hour she would leave, and, like he was being pulled by an invisible force, he would soon follow.

But they never spoke or even looked at each other.

The patrons of Club Supernova didn’t wonder much about this, if they noticed at all.

Lenore Copeland jammed her hands into her pockets and bowed her head against the rain, walking briskly down soaked streets, trying to get to the Club before she was wet to the bones.

Why she kept going, night after night, she didn’t know.

Suppose anything is better than sitting at home. At least at a club I can be alone…pretend I’m alone….

Clamping her teeth together and balling her hands into fists, she pushed idle thoughts away. That was the point of getting out of the house. To not think.

They knew her at the Club by now; the door-man barely gave her a nod as she walked past him. Within minutes she found her usual spot at the bar, the cracked leather of the stool fairly molded to her ass by this point.

Her eyebrows raised a fraction of an inch in the affirmative; soon Terry’s capable hands had placed a double bourbon in front of her. Gratefully she took a sip — liquid fire, it melted away the storm of hell that drove her here each night and replaced the empty pit in her stomach with a languid happiness. She sighed happily.

“Never seen a woman enjoy bourbon like you do,” Terry said, smiling appreciatively.

She quirked her mouth in a half smile. “And you never will, Terry.” She winked saucily. “I’m one of a kind.”

Terry laughed, and went down the length of the bar to tend to other patrons.

For a moment, Lenore thought she might be free. Maybe tonight I can just…be alone.

But then he came in the door. As he always did, night after night. And he sat down no more than five, no fewer than four seats away from her, at the bar. She watched as Terry took his order and poured him a glass of water; she felt bile rise in her throat as Terry folded his arms on the countertop and listened to the man in front of him intently.

Before she even knew it had happened, the smoke was in her mouth and lit, and she was taking a drag. “Gods dammit,” she said to no one but herself. Her right hand held her cigarette; her left hand played with the sides of her glass. Still a godsdamned tan line, she thought, looking at her ring finger. It’s been six months since I took the damn thing off.

She could hear him crying. She wanted to scream at him that he had nothing to cry about, tell him to move on already — but he’d never hear her. He never did.

She didn’t know how long she’d been sitting there when Terry came back over to chat with her some more. Long enough for her cigarette to have burned down to the filter and for her bourbon glass to become depressingly empty.

Wordlessly Terry got her a refill; while she knocked it back he shook his head and leaned on the counter, looking down at the man who sat a few seats away, untouched water in front of him. “Poor guy,” he sighed, looking genuinely distressed over the plight of this poor sod. “Seems his wife died just a little while back. She was a Witch; magical backlash from some spell, some sort of forbidden magic. I don’t know; I don’t understand half that magic stuff.”

Lenore tried to keep from throwing up. “Good night, Terry,” she said, standing up.

“You’re leaving already?” Lenore had already dropped a twenty on the bar and turned away; she wanted to just walk out, but something in his voice stopped her.

She turned back and looked at Terry sadly. “You never remember. Any of it.”

Confusion took his face. “Any of what?”

Terry’s eyes narrowed as he took in the blond, ruggedly handsome man in her wallet photo. His eyes flashed between photo and bar patron, then, widening, looked back up at her.

“And if the gods wanted to punish me for doing forbidden magic, whom would they kill?” She stopped and looked down, feeling tears well up for the first time in six months. “He can’t hear me. He can interact with everyone in the world except me. He lives in my house and mourns my death all day and all night, and every night I come here to get those fifteen minutes when he’s not here — that fifteen minute delay it takes for him to catch me up — to get that time to myself. Because I’m the only person who remembers what happened to him, who remembers him.

“And tomorrow, you won’t remember any of this conversation, because it has to do with him.” Gently she reached across the bar and took her wallet back from Terry. She didn’t meet his eyes as she put it back in her pocket; instead, she looked down the bar at her dead husband, who was crying over his water. “He misses me so desperately, and he’s trapped on this plane, in a limbo where he doesn’t even have the satisfaction of knowing I’m still alive. He thinks I burn in hell. And he’s right.”

When she dared to look up, she saw Terry was crying. Awkwardly she bade him good night, and left the bar. Soon after the dead man followed her.

About fifteen minutes later, Terry noticed his face was wet, though when he’d started crying, or why, he couldn’t say.