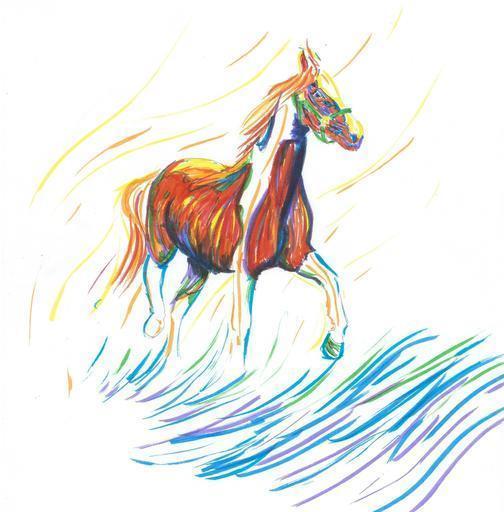 Sometimes forever is not very long.

54 Reads
6 Favorites
Get the App

I believe at some point in her life, every little girl wants a horse, at least I did. I don't know why. I hadn't ridden a horse, or really even been around one. But perhaps the idea of the horse, this huge majestic creature bending itself to human will, had attached itself to me, and I was spellbound.

After years of wishing for a horse over my birthday candles, my mom, with much difficulty and complications, got riding lessons scheduled for me at a nearby non profit barn. I spent most of the lessons trotting, badly, and in fact, learned more from the horse than I did from my instructor, who spent most of the lesson silently watching her phone. While she was not the most attentive teacher, my instructor was friendly, and chatted often with my mom about the non profit buissness, (of which they were both heavily involved in), so it did not particularly stick out to me when she mentioned two rescued horses they had taken on. One of them she did not expect to live.

It is this horse, who was not expected to live, that this story is about. I had given up on ever getting a horse, and had resigned myself to a nearly obsessive study of all things horse. So you can imagine the shock I had, when my parents called my sister and me in, and told us my instructor had offered us a horse. When I say I was shocked, I am not kidding. For the next fifteen minutes, I did not speak, but sat on the kitchen chair staring at the tiles in the floor.

I will not say that my birthday wishes were granted, because my birthday is in May, and the day they brought my horse was on February first: my horse. Even though Trisha is now dead, and her successor roams the pasture in her stead, she will always be my horse, the first horse to ever hold that lofty title in my heart.

Trisha, whose real name was CH Flyin' Fish, was taken from a dry dead pasture in late August, thinner than you could ever imagine a horse being. Her hip bones stuck out like the great prows of some war ship, and on her side every rib was visible, as if someone took the skin of a horse, and pulled it tight over the keys of a xylophone. But she had a spirit as bright as the sun, and as fierce, and when they unloaded her from the trailer into our front yard, the great prows had dwindled to adamant hill tops, and only a few keys of the xylophone could still be seen on her side.

Our family lives on a small five acres, which lie in the sloping valley of two small hills, and are divided in almost equal halves by a curling brook, which we mistakenly call a creek, though it is no wider than a coffee table at any point. The pasture, and barn lies on one side of this creek, and the house, driveway, and yard lie on the other.

It was in crossing this creek that I made the first of many discoveries regarding Trisha.

As my instructor attempted to walk her across the bridge, Trisha, this thin ancient horse, reared up on her hind legs, and snorted in fear at the small splat of water underneath before finally suffering herself to be led clopping over the boards. Trisha was afraid of water: any water, whether a puddle, or an overflowed water bucket. It may seem to you a silly thing to be afraid of, and you are right.

We led her up through the gate, and there, my instructor loosed her halter, and I watched in amazement, as Trisha raised her tail and ripped across the pasture. It was at this dramatic moment that my instructor said most theatrically “Trisha, you've found your forever home.”

We were told that Trisha would gain back all her weight within the next month. She did not. Nor did she in the months that followed. I stopped taking lessons, in order to pay for the huge amount of food Trisha managed to consume. We bought her a saddle, and I rode her in the warm months when the ground was hard, and I learned many things.

I learned that Trisha didn't like baths, though she hated to be dirty. She would rather be in the rain than trapped in the barn. She choked on things easily, and had to have large rocks put in her feed to prevent her from eating too fast. She would fake limping if she didn't want to be ridden that day. And so the months past, and the years, and Trisha became old, and met many people, and was loved by them.

It was in the early spring, that we had a stressful visit from the government about our thin horse. A concerned neighbor sent them a picture of Trisha to show that we were neglecting her. To this day I do not know which neighbor did it, and I do not want to know. Of course we were not neglecting her, and the government agent saw that, so he did not take Trisha away, but had our vet come out to help instead.

That is where the trouble started. The vet said she looked like a horse that could not survive a cold night in heavy rain, she was so thin. That is why, Trisha, who didn't get a lot of exercise, and was already eating the diet of a Triple Crown winner, was given twice the amount of feed.

Now in order for you to understand Trisha’s peril, I must tell you something rather boring. Horses are very sensitive to sugar, in fact there is a very painful disease that happens to a horse's hoof when they have too much sugar, which causes the bone of the hoof to separate from its wall. Trisha got this disease.

The first I noticed was a slight concave in the front of her hoof. This I would learn later, was where the bone had fallen back. Over the rest of spring, and summer, Trisha got progressively worse, to the point where she would barely use her foot, and would graze lying down. It was agony, for her, and for everyone who loved her to see her in that much pain.

Finally, one day, I came back from the barn, after seeing Trisha try to run the pasture, but only be able to limp quickly, and finally collapse to a three legged stand still, that I spoke to my mom and said, “I think we might need to put Trisha down.”

After that, everything went numb. The fairier came out, and looked at her, and declared what we already knew. The disease was at a point where she was in pain just by living. The quality of her life, was more important than the quantity of her life, and so, we made the appointment to have her humanely euthanized.

I will not say much about the day that we finally put her to rest. It is too sad, and the pain and guilt are still present. But I will say, that I was not without support. A neighbor volunteered his tractor and dug the grave. My dear friends came, and walked with me as I led Trish on her final journey up the hill, to her pasture where she would be buried. The last thing I did was run to her and cut a lock from her mane (we had already taken her tail), kissed her nose, and said “I love you.” Then I ran down the pasture with my friends and to the house.

I do not know, for I did not watch, but I am told that the vet took her head in his arms, and gently rocked her into her final rest. My mom tells me she feels that Trisha's spirit now runs free over our five small acres cradled in the valley between the hills, and I believe her, for sometimes, when I am down feeding the animals, I hear a rustle in the grass when there is no wind. And once, when we first brought my new horse Harmony home, I saw her stare into the field at nothing, as if the wild spirit of Trisha, fierce as the sun, kind as a Queen, looked at her and said “It is well. She should not be alone.”

This is not a sad story, though there is sadness in it. One moment of sadness does not outweigh countless others of joy. The world seems to put great importance into learning from things, so I will tell you something Trisha taught me. The equestrians will tell you not to get a problem horse. They are expensive, difficult, disappointing, and the reality is, you probably won't be their forever home. It's true that problem horses are expensive, difficult, often disappointing, and many times it ends in sadness. 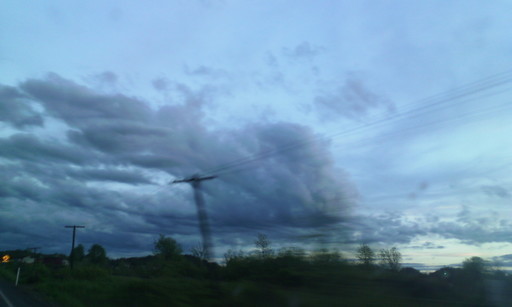 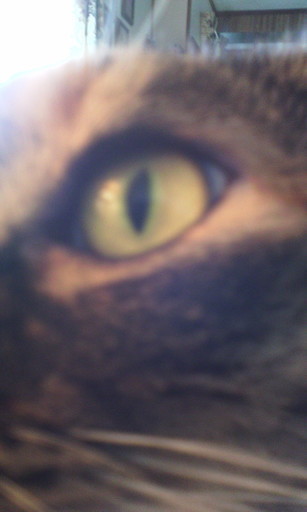 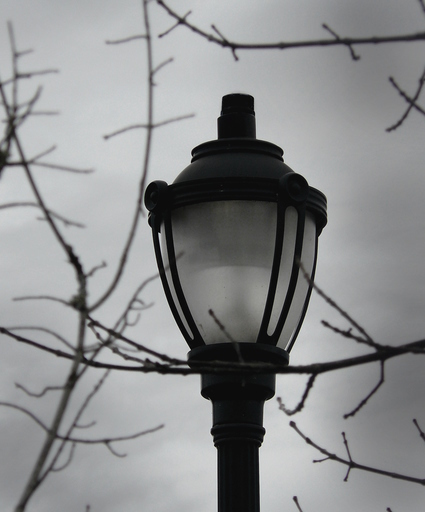