This is the tale of a woman called Maxine Potts who fought her way into the Olympic Games for trampolining. But soon she realises another athlete, Marcia Jane Clark, is cheating and has been for the past three Olympic Games and has won five Gold medals without much effort. Maxine has to stop her, and gain the title that is quite rightfully hers.

38 Reads
1 Favorite
Get the App

Twelve years old was the age I got captivated in a certain sport in the Olympic Games. There were so many sports, some I didn't even know existed. There was volleyball, taekwondo, boxing, even canoe slalom - alongside many more.

Prior to the experience I had watched on the television, I never really had too much interest in the Games. I would endure a while of watching my friend's favourite sports because they wanted to. For example, my 11-year-old friend Tyler would never hesitate to watch the rhythimic gymnastics as she was an aspiring athlete with a heart for gymnastic routines alongside dance. On the other hand, my other friend Lillie was obsessed with watching the fencing, and also the football.

My friends would all gather around the screens, watching their favourite sports and hoping for their home countries to get medals - while also supporting each other's countries too.

I, instead, would just sit and watch. Uninterested and uneducated in the sports going on in these Games that, at the time, meant nothing to me.

That was before I discovered the sport of trampolining. One of my other friends, Jenny, was talking about the games and mentioned trampoline sports.

"Wait, what?" I exclaimed, flabbergasted. "Trampoline is an Olympic sport?" At first, I thought she was teasing. But she replied, all-serious.

"Yeah! Haven't you heard of it? It's a quite popular sport. You'd be good at it, seeing as you are rolling and jumping and front-flipping all over your garden trampoline!" Jenny said.

It was amazing to find a sport like this and, despite what I had previously thought, I found a sport I actually liked the idea of, and wanted to make more of it. I could see straight into the future, the name of Maxine Potts being called out over the microphone announced to the whole stadium as I climbed up onto my trampoline. Without notice I would take the whole stadium down with my courage, instinct, determination and fantastic routine, gaining top marks from all the judges. I would take home the Gold Medal for Ireland and do my country and family proud.

Okay, maybe I was being a little over-excited. I couldn't prove I was going to win Golds each time flawlessly. But who am I to blame? You see, I was a twelve-year-old girl with big dreams.

And, honestly, I truly am glad I had that conversation with Jenny.

Fast forward to May 12th, 2016. The Olympic Games was just mere months away, and I had finally gained a place in what I had dreamed of: trampolining. I was training in a sport and leisure center with my coach, Coilean Ó Cuana, my old sports and activity teacher from High School, from when I was still living in Ireland.

As I bounced up and down, Coilean prepared me for my next flip. It was a rather difficult one, but one I needed to master for my routine to perform in the Games.

"Remember, jump up, tuck in your legs as you flip in order to do it twice, then open up and land on your hands. Then spring up as I taught you, alright?" instructed Coilean, sounding encouraging.

After a few jumps, I leaped into the air and tucked in my legs as far as they could go without strain, trying not to cross them as I usually did with habit. Then, I proceeded to open up and lans on my hands. I wobbled, and then sprang up, exhausted, and landed on my knees. Inhaling and exhaling deeply I flopped onto the trampoline, sweat drops trickling down my forhead like cut diamonds glistening in the lights on the ceiling.

"Well done, Maxine! That was brilliant for your first try," said Coilean kindly.

After a short while's resting, I got off the trampoline and walked over to the door of the training room. My hands shook as I reached for the towel lying upon the doorknob, which I wiped on my forehead and arms and then put on my shoulder. I turned around and waved to my coach.

"Bye, Coilean!" I yelled, since Coilean was at the other end of the rather long hall. "Thanks for the encouragement!"

"No problem, Maxy, you did so well..!" he replied, laughing and proceeding to drink his green smoothie.

Then I walked out the door and down the street, to the local snack bar.

The story of a confused robot discovering the world. Work in progress.

A collection of mostly nature-related poems made by me. Learn as you read. 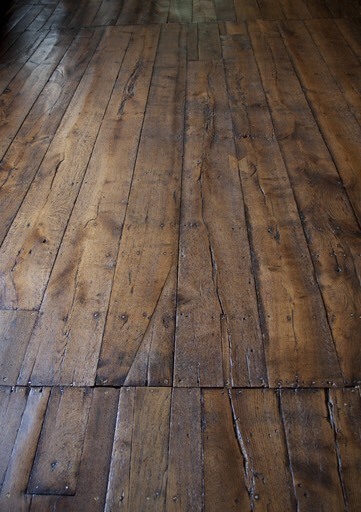 There's a poem inside everybody. You just need to uncover it from the dead leaf litter of the beautiful writing world we all enjoy.