Suitable retribution for sword rattling cast in a humorous tone.

Ordinary, average and stocky are words invented to describe Steve Firebrand, remarkable since he owned the technology powerhouse that had his name. Lately, the news services were constantly asking, what is the latest invention set to turn the world on its ear? The day started normal enough, read boring, now it seemed a project would add life to business as usual lifestyle. Of late after completing the grand tour and showing off his new flying saucer while the new big spaceship was in construction.

‘Good morning Anne, thanks,’ Steve said as he walked past on his way to work. When he entered his office, he found a familiar face waiting. It was Killa, also known as Steve from the alternate universe fifteen years in Steve’s future, this visit he was wearing an annoyed frown. Apart from a beard, Killa was identical to Steve as were the others he mentored as Senior.

‘G'day Killa, what's up?’ Senior asked. The use of this name made life a little simpler.

‘That North Korean idiot, Kim, has threatened to bomb Australia if we don't stop siding with the Yanks,’ Killa said, ‘I feel the need to send a reply.’

‘Let me think, how about this? Beef City Feedlot is just down the road. Perhaps I can borrow a bucket or two of their other product?’ Senior suggested.

‘Your shuttle will be able to deliver it via the portal?’ Killa asked.

‘Yep that I can do, and it would be good practice,’ Senior said, ‘My idiot is cooling his heels in a Hague Lockup. I put him there when he did a deal with the alien Fornoon and with the ET’s help invaded the rest of the world.’

‘I should keep an eye out for that program,’ Killa said, ‘Do you reckon a bit of fertiliser on his next parade, and a little on his favourite statues should make his regime think twice about flapping their gums

‘Yes. Suddenly dropping the proverbial from the heavens; they will have no one laying claim to the deed. That caper should leave the North Koreans with two puzzles, who and how,’ Senior said, ‘First I will ring and see if the basic product is available.’

Senior picked up the phone and rang the feedlot twenty kilometres down the road. ‘Good morning, Steve from Firebrand Industries, I need a couple of tonnes of manure as a present for a friend of mine,’ Senior said, ‘I would like to spread it over a bit of bare paddock he has; I can deliver it as a crop dusting exercise.’

He listened for a while, and then Senior said, ‘Fine, I will knock up a couple of bins to hold and spread it. I should be ready to pick it up next week, and since it is his birthday  soon, he will appreciate the gesture.’

After listening to a little more, Senior said, ‘Fine I will send a cheque over, please keep it on the QT, so that it remains a surprise. Thanks, I will be in touch.’

After hanging up, Senior said, ‘That was easy, now to put the boys on organising a couple of bins for the shuttle bay. It can carry up to five tonnes, but a couple should spread nicely.’

‘Sounds great. I get to push the button?’ Killa asked grinning.

‘Certainly, it is your Australia that he insulted,’ Senior promised.

‘I also would like a few of your space toys soon to curtail aggression,’ Killa said, ‘While we haven’t had any visitors as yet, I should prepare.’

‘I will be sending plans and specifications through soon,’ Senior said, ‘I have a project in another world. Therefore I need several assembly lines to boost my production. I need to gather a large fleet to forestall a potential alien invasion.’

‘I wondered why you floated that idea at the last conflab,’ Killa said, ‘I am just getting my head around the basic toys. Still, I shouldn’t complain; it still beats taxi driving.’

Senior gave him a grin, then called up his computer and soon calculated that two tonnes of fresh manure would require a tank with a volume of about 3000 litres; giving a tank with the dimensions of two by three and two metres high with another water tank of half that size. Thinking on this, Senior said, ‘That is the size of the fire suppression tank we designed last year.’

After farewelling a cheerful Killa; Senior went to the Engineering Section and began the preliminary designs. The team was enthusiastic and quickly brainstormed a workable setup. The team began by experimenting with the flow and a system to propel it from the central cargo bay. A friendly alien had designed Senior’s shuttle as a tender for his larger spacecraft. The cargo bay was circular and could be lowered to allow freight transfer in space or on the

ground. The engineering team proposed that lowering the base would provide an aperture suitable for the task and provide ventilation to evacuate the remaining odour. The tanks took the week as expected, not looking very attractive but time was of the essence to keep the message fresh in their memories.

Senior nipped over to Killa's world and gave him the heads up that the present could be delivered the next morning his time.

Senior flew the shuttle over to the feedlot and loaded the bins with excellent fresh manure. As there was a time difference between the two worlds, Senior was able to pick up Killa before transferring to the service world where there were no inhabited countries between Australia and the target. Having access to alternate worlds where humanity was either sparse or absent was a useful advantage either to traverse or to park unwelcome guests for extended stays.

Because there was no hair to ruffle; Senior sent the shuttle's nose Northwards at supersonic speed arriving quickly to the position of the North Korean capital. Then using his portal monitor was able to drift his ship over the parade route and located the platform where his target would be waving to his adoring crowd. As they were a little early; Senior and Killa had sufficient time to rehearse the task up to the point of actually dropping the present. It was a strange feeling, flying over a wooded area; which on Senior and Killa’s world was a broad concrete thoroughfare.

‘We will start here, commence the run from here and end up over the statues to flush the last bit out,’ Senior said, ‘I have included a water tank to do that job.’

‘Sounds fun, I look forward to having my vessels to help spread the good news,’ Killa said.

‘Now we wait, it seems they are starting the forming up of the troops and vehicles around the corner,’ Senior said, ‘While it isn't as big as the last parade, it will do to deliver your message.’

'Once I get my team assembled to make the toys; I will drop some concrete into their missile caves and seal them,' Killa said.

‘Likely you would need the full-size saucer for that job,’ Senior said, ‘I will use mine for Galaxy Cruising and conveying tourists.’

The time arrived, and Senior positioned the shuttle at the start of the run; as the team had built the portal into the bottom of the bin, there was no need to lower the freight lift to deliver. Over the target, the only view would be a three-metre wide arc with a 300-millimetre height with a brown sludge cascading from it.

'Right Killa on my signal, mark,' Senior said as he started to move the

'Kim's present away,' Killa confirmed as he pressed the button which opened the portal and started the pump to deliver the load.

ground, engulfing the marching troops. Killa started the drop early and high enough so that the dignitaries could stare in wonder as the brown rain drifted towards them from empty air adding a bonus touch by swerving the spray so that the VIPs under their awning would benefit.

By the time the manure hit them, the audience would then watch in horror as the stream headed towards the two statues which honoured the past presidents. By now the main bulk of the charge had been expended, and the water jets flushed the last of the sludge to have the statues dripping with the Beef City’s finest.

'Present delivered, happy snaps taken,' Senior said, 'If you have seen enough we can return home.'

'I am pleased with the show, while I would love to rub it in, it is best not to give them an excuse to retaliate,' Killa said, 'Until I can stop any nonsense. Happy Army Birthday Kim.'

Killa had dropped in the next day to watch the repairs. While not expecting the event to be publicised, it was still fun to watch the soldiers busy cleaning the present to restore the parade ground and statues to pristine condition.

‘What do you reckon?’ Killa asked, ‘We use fast-drying pink paint next time?’ 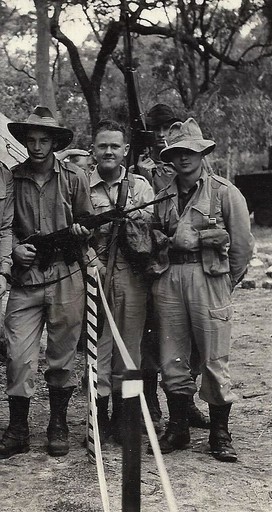 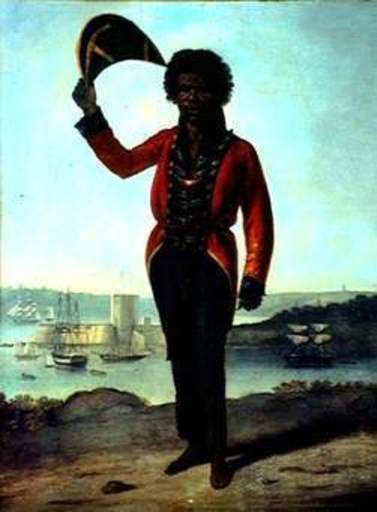