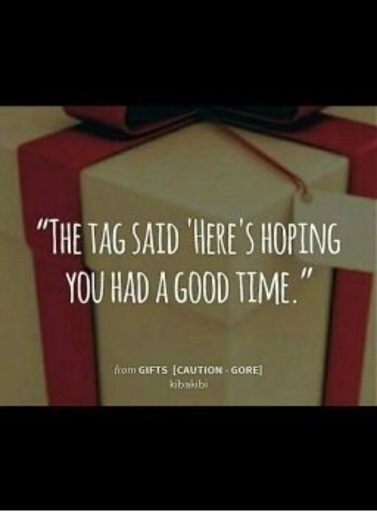 Something is wrong with this party

24 Reads
1 Favorite
Get the App

I think the man beside me was not interested in what I had to say but I didn't care. I had to get it out. And you can't quite blame him since he didn't know me. See, I met him in a party. A very odd one really. I didn't seem to recognize anyone. At one point I wasn't even sure whose party it was.

I don't normally talk to a man to the point of eating his ears off but today...

There are some days that don't start right. Some days when we wake up clumsy. We can't get ourselves to do the simplest of things right. Let's say today was one of those days. Besides he seems to be a mediocre listener. He's not stopping me, he's not leaving, he just sits there and stares blankly ahead. Into the void with a dead stare. Also, I had to talk.

I woke up late to a cold shower and coffee that burned my tongue and hand. And it's worse when you go to the office to realize that your boss is having his anger issues uncontrolled. I got a bit of scolding.  Then I had to come to a baby birthday party. Look at people with their lives all sorted out while I stand there awkwardly giving their little human a gift. I'm not good with babies. Maybe that's my problem. I know I'm not good with them and I want one.

Here I am. Sitting. Talking. At a baby's birthday party. I must tell you this party is odd.

There were distant cries of a baby. I couldn't quite understand which direction it was coming from. Maybe there were more babies. It wasn't a very happy gathering. It was quiet. It was disquieting. People talked in whispers. People looked tired. What are the odds they were having a hard day too? The number of old people was more too. The music was dull. There was a. T.v that showed a black and white Broadway program.

"Whats the point of coming to a party if all you're doing is watching t.v. At least they're more fun than the woman who is crying at 9 o'clock. I get that she's having a bad day. Well, so am I. I saw a car crash while driving to this damned party. I saw a boy, he was bleeding poor thing.
I just drove past. I'm not good with blood."

At this point, a very loud piano music surrounded us all. That's right, my friend is a good pianist. No wait,  I think it was some other friend.

There were two people,  man and woman on a raised wooden platform and hah!  You would think I would recognize my friend from college days. They stood there, proud as parents could be,  and they announced that everyone should come collect their gifts. No food? Gifts? What is this party? I looked around and no one else found this odd. My man friend sitting beside me started getting pale though. Maybe he should get some food even if no one else did.

So I went to the gift stack. Quite neat and properly wrapped.
The tag said 'Here's hoping you had a good time.'

" HEY!" -  shouted my new friend from across the stack of gifts- "YOU GOT A SPLEEN?"

" I got a what?"
I spun around and everyone everywhere had organs coming out of their boxes. Someone's pulled out an intestine in front of me, someone held a brain,  someone had what I thought was a lung or liver. I can't tell. For the first time in the party, everyone was excited.

I realized I was dead.

Hands shaking, I opened my gift.

There it was - a bean-shaped brown thing.

For some reason, I thought if I ate it I'll live again

So I ate it

And now I wait