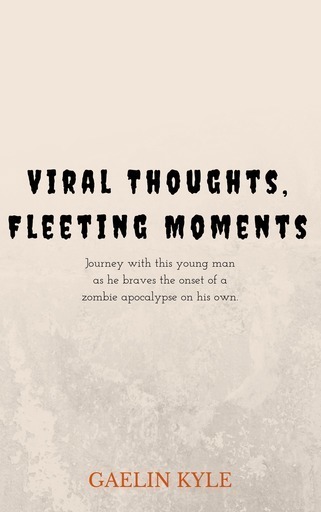 The internal thoughts and actions of a man surviving through the onset of a zombie apocalypse. With no real training in survival skills, he uses his common sense to keep himself alive as best as he can.

It happened so fast, that no one could’ve expected the results. Zombies, they were calling it. The dearly departed, reanimated and roaming the planet starving. It seemed like a fairy tale, watching the news from the comforts of my home. Why should I have been concerned, I thought to myself then. It was happening far from where I lived, so there was little chance it would spread beyond the government’s control on things. Or, at least, that was what I thought would be the case. But how do you stop the dead from taking over? Kill them? That certainly worked well the first time, didn’t it?

No... I think someone probably realized what was going to happen. It’s the sort of stuff that certain people only dream of: a zombie apocalypse, where the thin line between friend or foe is smudged, and all that remains is the survivors and the short-lived. Over the course of a few weeks, the news media blew up from reports of it happening not only across the country, but now across the world. Gun stores and supermarkets were raided as people thought only of themselves. Lesser folks were lost under the raids, unable to stand their grounds to the hordes of the living whose mere concern was what would make them happy… safe… comfortable.

I was too far from any loved ones, so I was certain that if I were to try the “heroic” route to get to them would end up screwing either side up. However, I did call my family out of state. Thankfully, they weren’t affected at that time, but as we watched the grotesque scenes unfold over the news, we knew that it would be a faster death if we fled to one another’s arms. “Mom,” I said solemnly, watching the footage of a police barricade being swarmed with the undead. “Remember that I love you, ok?” All I could hear from then on were her sobs and cries, as well as that of my sisters. I couldn’t be there to protect them, which hurt more than any fictitious zombie bite.

I watched my surroundings carefully. Everyone else in the building I was living in had thought it safer to flee the city, leaving their apartments unlocked and wide open. Once I was certain the area was clear, I began to fortify what I could out of simple furniture. They may be able to overwhelm by sheer numbers, but if I could narrow the room they had, they had lesser chance to take the building. I checked all of the rooms, securing them. I had the entire building to myself, it seemed.

After blocking off all of the exits, I retreated back to my apartment on the fourth floor. From my bedroom, I could make out the signs of life running wildly on the streets. Panic and chaos from the media frenzy had thrown caution to the wind, seeing humans turn on one another to save their own necks. It was a bit bitter, but I was a hypocrite for having done the same myself. It was too late for us to be saved now by some divine intervention. Even so, there were still a handful of faithful churchgoers, walking in tears to the nearest church.

Time slowed down as the news coverage faded. Fewer stations were on the air as the cities they were broadcasting from were swallowed under the disaster. It was a bit disheartening to know that some of the more automated channels were remaining up, but it would be a while longer before they would have to be operated or go to sleep. As I flipped through the channels, I found it funny; the phrase, “A hundred channels, and nothing good on,” popped into my head. How true it was now.

It seemed a lot longer than a week, but surely time had passed before I started to see it; signs of life, or lack thereof, on the streets below. The sun hadn’t stopped its casual observations on the surface below, shining light on the idle streets of deserted cars and discarded items. The only bodies that weren’t moving on the street level were the ones where the heads had been severely damaged, or removed completely, which made slight sense with everything they “taught” us with zombie movies and novels. There was no calling them mere fiction now, though.

Their forms weren’t what I had expected, though. Their eyes, glazed off with a film of red, seemed to dull their sense of vision. They wandered the streets of the city, bumping into the cars and fixtures, with their arms stretched out. I kept my window closed, for various reasons, so I merely watched them like they were ants in an ant farm. It was… slightly amusing to watch them walk into one another, seem to get angry, and then walk off. They were searching for something, but they couldn’t readily sense it.

I found a few handheld guns littered amongst the apartments on the floor above me. It made sense, since some of the tenants up there were rather shady. However, in their haste, they had left a decent collection for me to protect myself with. Not that I was any good at it, but there may be some bursts of inspiration where I… shoot and completely miss the only thing that was a threat to me. I seriously didn’t see myself being able to use it, but it may come in handy.

As I came to watch the “zombies” move about more beneath my window, I realized that they were completely blind. Their bodies continued to decompose, as I saw some that were way older than the incident which started this. I had read enough to figure that whatever had caused this was in the air then, so there was no hope in thinking that I was “pure” or “untainted” in my building. However, I was continuously surprised every day as I watched them walk about. It was so much more interesting than whatever was still left on television nowadays.

There was one day in particular which seemed to be the most interesting highlight. There was a survivor actively running through the city. I thought that maybe one of the zombies had become smarter than the rest, but the sense of concern and fear in their actions led me to the realization that it was another living, breathing human! I abandoned all sense of self preservation and watched in interest, hoping that I could somehow save a life.

It was a female, or I should’ve more eloquently said a woman. She was dressed in rags, but they were wrapped around her body tightly so nothing would freely fly about and get snagged. I waved at her from my window, hoping she would see me. However, her concern was focused more on the zombies that were prowling about. They seemed to slow down in their shuffles, as if something was distracting them. I grabbed at the window sill and pulled it up, hoping to at least provide a distraction.

“Hey!” I yelled at the woman. The zombies all directed their attention to me, as if they saw me quite clearly. I stepped back a bit, shocked at this turn of events. However, I continued to flag the woman down. “There’s a fire escape on the back side of the building. You should be able to get up there with little effort. Think you can make it up there while I distract them?”

The woman quickly ran across the street, and I lost sight of her from then on. The zombies were still looking in my direction, slowly shuffling towards the building. They couldn’t see the cars left discarded, or the door and windows needed to get inside. I breathed a sigh of relief at that, closing the window to go check up on the mystery woman.

She met me halfway in the building. The minor distraction I had bought her was more than enough. Her body was bruised and bloodied under the rags, showing through the thin wrappings. It didn’t seem like she had anything decent, so I offered her a place to live after securing the fire escape from anyone else. One life was more than enough to save, I figured. Any more and I would end up jeopardizing everything I was trying to keep together. I offered her a warm place to sleep, in one of the other rooms in the building, and she quickly accepted it by collapsing in my arms. 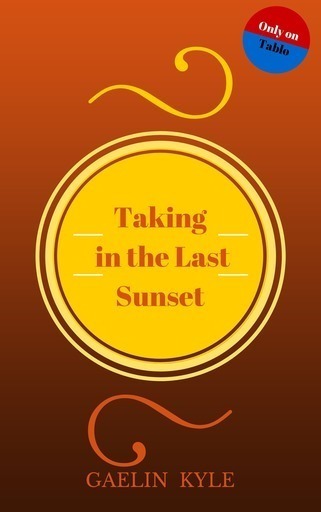 Taking in the Last Sunset

A final request from a friend, to go soak up a sunset together. Written in first-person perspective to be either gender against the secondary character, male. (LGBT friendly, but can be taken as a normal love story too, if that's your preference.) 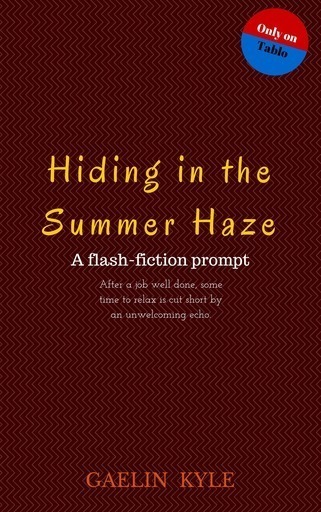 Hiding in the Summer Haze

A summer day, a time to relax, but when the radio's on the fritz, is it really just a fluke or is it someone reaching out? 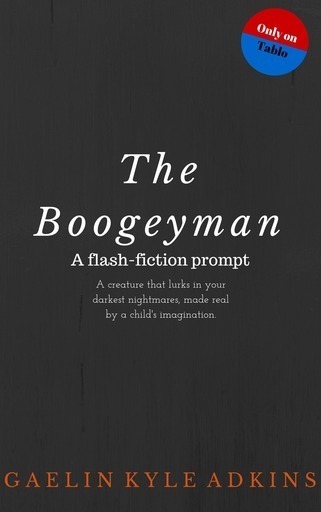 Admitted to a child psychologist, Tiffany is clearly under the influence of something far sinister.