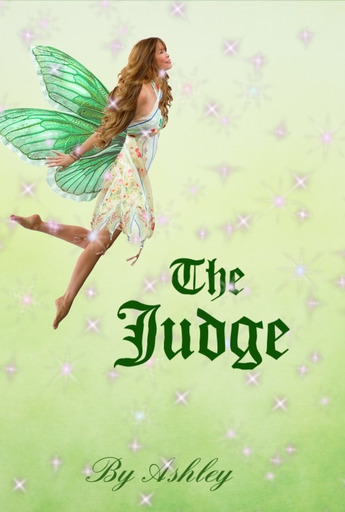 Life isn't the greatest for citizens of the fairy kingdom. It is especially unfortunate for souls like Eloise. She's the typical not-the-smartest-prettiest-or-most-popular, but other than that, she seems ordinary enough. And then there's her job.

23 Reads
2 Favorites
Get the App

Hello. I'm Eloise. Eloise Hathor. In you, the reader, a human's perspective, I would be quite special. Something you don't see everyday. Something you would either look at in amaze, disgust, or fear. But where i'm from, i'm not really important. I am easily overlooked. Where i'm from, i'm no other than a passerby. An unimportant being, in the background for special effect. In fact, to some, i'm not just some random soul. I'm worse. To some, i'm just some low class citizen. A living thing that is truly disgusting. Somebody who needs to get a life, basically.

Alright, i'll stop stalling. I'm a fairy. Or faerie if you want to sound smart. A peasant fairy, in all honesty. Very low class. I don't even have official clothes to actually confirm that I'm a fairy. Very sad; I just dress in leaves. An official fairy outfit is either a mini flow dress, or a leotard with a tutu, with ballet shoes or flats, obviously. For the women, anyway. For guys, it's a loose light baby-colored shirt with matching pajama-like pants, with white slip on shoes. Sounds embarrassing on its own, I must admit. An example of a confirmed fairy is Alcina, the devil herself.

Alcina Chadwick is the slut figure of our world, or..our tiny shrimp of a kingdom, you see. Her name is literally from a mythical sorceress who would turn her past lovers into stones, trees or animals. She's the fairy all the girls want to befriend and all the boys want to date. Yes, that kind of thing. Very cliche and predicable, I know. But it stops there. If it were to be cliche any longer, I would have a crush on this guy that ends up being Alcina's boyfriend, I would have a best friend and they will betray me...no. Nada. Really? Is that what's considered normal? Well, for the record, we aren't all entirely normal. Anyhow, Alcina has her crony cousins Kachina and Ceres, and her "cool mom" Castalia. Mrs. Chadwick. The closest I ever got to having a cool mom was my neighbor's aunt, Ms. Cerelia. She gave me sparkling water every Tuesday along with one of her favorite rose biscuits. Her daughters, Oriel and Nyla are pretty cool too.

Back to me though, because this tale is focused on me, right? I'm the one telling it, it seems. My mom's name was Panthea. I'm sure she was a good woman. I hear she ran away after she had me to escape her duties and responsibilities. Kinda sad, but I'm okay now. Instead, I was raised by my sister Penthesilea. Now that i'm older -I'm about 72 years old now, 15 in your human years- I've been living on my own, for about 3 years now. She went to a more advanced wizardry school (or "college") to improve her knowledge and get some degree or something. She hasn't come back in 7 years. Speaking of school, due to my age, i'm going to be a "freshman" now. I'm not a new student, by the way. I go to an academic building where it stretches from Year 1 to Year 12, or, "First Grade to Senior Year". I'm not that good at human slang.

So far, this sounds very girly. I understand, i'm sorry. I didn't get to the boys yet. There isn't much to say other than the boys here are full of themselves. Cliche. Again. Some are honestly really nice, though. Well, I wouldn't know. I don't talk to them. Like, at all. I'm practically unable to be seen at school. Remember when I said that fairies would notice me because I'm disgusting? That was the case for the first 3 weeks of after I enrolled. Now, my charming ugliness has worn off. Did that make sense? Don't know. I don't wanna sound miserable or depressed, because I'm not. After my sister left, there's nobody left in this kingdom that I love. If anything, it's made me invulnerable. Sure, words from passersby and Miss A Chadwick could hurt temporarily, but what difference is it going to make? I'm pretty relaxed here living on my own. My life could go a lot better, but it could be worse, so i'm satisfied with what I have.

I'm all burrito-fied in my leaf. Then, the pesky flies who act as my alarm clock fly through my window, or, the holes in my house. Flowers have holes on them at times, you know.

"Eloise! Miss Hathor!" They screech in my ear. "You're going to be late! You aren't normally like this!"

Before you start scoffing in disgust, no. We don't go to school. There's college for that. What I am risking to be tardy for is a participation activity. Like those "after-school clubs" you commoner humans do. The reason we do this is because our species believe that we should focus on what really fits us as a being, rather than being forced to have a curriculum consisting of topics you might not even use in life. Once you really go to school (or college, may I remind you), your schedule will be based around your record of the participations you did as a younger being. Everyone ages 29 to 141 (ages 6 to 21) must be enrolled in one of these activities, and you can change whenever you'd like. You must be careful though. What you do will reflect on your record, so it's best to have had up to three club changes in your time. If you club-hop one too many times, you may not get a specific major for "college" and you'll be stuck with an elementary student-like schedule. You are required to attend daily. No breaks, no vacations, nothing. Unless you have an extremely good excuse. (That sounds stricter than it is. It's just like your attendance policies at school, don't worry.)

So here I am, being forced out of bed to catch up to my curricular activities. I need to pay my bills to the sparrow soon. I think to myself daily around this time, "Geez, I really need a job." I have a swift breakfast of a cup of juice and a berry. I take a dew bath and then forced out of it yet again by my oh-so friendly insect alarm clocks. I put on whatever outfit and climb down my flower, rushing.

Mind you, this isn't a very luxurious routine or a very luxurious household, either. Upper-class fairies would have a very intricate breakfast, consisting of different fruits, berries and leaves. They also bathe in freshwater, unlike moi, who takes a shower using collected dewdrops from plants the day before.

So right now, I'm scrambling to the activity center. Something I never mentioned, is that you get the opportunity to change your course(s) every 2 human years. The terms before the previous term, I would always take Background Production and Chemistry. I always used to think that Background Production was the closest I would've gotten to shining in the spotlight. But, my stupid numskull of a brain decided  that I should change, so I went into Band and Choreography.

In fact, it was terrible.

Choreography was the first time I've come across face-to-face with Alcina. I've obviously heard of her before, everyone has.

Everyone can agree that Alcina isn't the brightest person. Even her cool mom wouldn't be able to deny it. But the main reason why I despise Alcina so much is the way she gossips.

She doesn't talk crap without having straight up sources. That way, it makes her seem more believable than her victim, making all odds all against them. She may be a dumb soul by nature, but I can't help but admit that that's the number one thing she's decent at- no, not decent. She's great at it.

So, obviously those two years were horrifying, with Alcina being around. This year, I'm going to start as myself, and try to redraw what I've erased. No, I'm not going to go back to Chemistry and all that. I'm starting something new, something that's fresh and out of the spotlight.

I open the door and see a fresh bunch of faces. Except for two people.

"A-Alcina?! What are you doing here?"

"I could say the same for you, Band Geek."

That was the name she gave me after she found out I was doing Band as my second elective.

"We're here for the same reason as y-" Ceres began, but Alcina held her hand up as if to silence her.

Alcina just snickers. "We aren't taking something as boring as Handcrafting, mind you. We just figured you would be here."

"Before you ask, we thought you wanted to try something new after last term's disaster. We figured you wouldn't go back to your old electives because we know you wouldn't dare show your face to the classmates and tutors you betrayed."

"Among all classes, how did you nonchalantly figure that I would enroll in here?"

"I'd just call it a hunch." She shrugged. "By the way, I wouldn't switch around your electives too much. That reputation would NOT look good on you. Don't worry, I'm not intimidating you, by the way. Just looking out for my best buddy." I just look at her in disgust. She's so stupid, yet so smart at the same time.

"Anyway, I'll be off to my elective; you know, the one that's much better than this hole of crap." Alcina rolls her eyes, with Ceres baby-stepping behind her. "Gotta meet Kachina there anyway." And they leave.

You don't even know how much I really want to throw her in the trash.

I sigh loudly. It sounds more like a groan, I assume. I take a seat beside this guy. Weird. He looks middle-class enough, but he isn't wearing a uniform. He uncomfortably smiles at me. I shoot him an ugly smile back.

Six friends from a little island country, now in the third most populous country on the planet, and home to the world's largest economy. What could go wrong, especially when they choose to live in the primary gambling district, in the Silver State?

I'm Not Fat I Swear

Lillie makes a deal with the devil against her will, which makes her appear like a model to herself and her fiancé, but morbidly fat in front of everybody else. What is life, really?