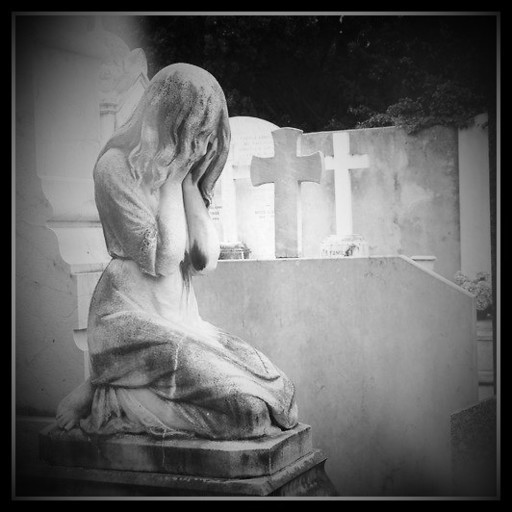 In her usual head long way, Libby thought she had moved beyond the love and loss, beyond the yearning and the mourning, but today she realized that she had, not quite, left it behind. It is still a smudge on the horizon-it hadn't quite disappeared.   Libby and Matt were blind-sided by inordinate desires, guilt and idols, all while living ordinary days. No one could see the turmoil in their hearts - hopefully no one ever will.

I was sitting on a sheet, in the sand.  The sky was gray, the air just above cool.  Wind was blowing up off the ocean, and my hair kept slashing across my face.  There was no sun today, it was gray with even a little mist at times.  The kids were skipping rocks into the surf, but only for a moment.  They were hearty enough, and loved the ocean too much to stay out of it today.

I find my peace and joy at the ocean. I love watching the shift of greens and blues of the water – although today it’s varying shades of gray, which entrance me just as much - I love the crash and sizzle of the waves, I love the breeze, and the seaside scents it carries.   My days of reading at the beach are, if not quite over, few and far between.  My eyes need to be constantly on the lookout for kids drifting too far down shore in the surf, or wandering out of eyesight down the beach, and ever vigilant for the inevitable surf toss – especially the four year old; the surf tosses her at least four or five times a day, but it doesn’t keep her out.   As I was sitting there, watching them, I marveled at how much my son, Joey, now nine, is like my dad.  He looks just like him, and will stay in the water all day, body surfing like a pro.

My revelry was soon interrupted by the banter of my daughters as they came up the beach toward me. Lucia came up first, looking like a little mermaid in her turquoise rash guard and board shorts that nearly matched her eyes. Her golden hair was twisted from the waves and swinging in the wind.  She looked like she belonged to California, not to this gray, cool, Rhode Island, summer, day.  Ella, newly a teen, is tall, and dark with tan. Her chestnut hair was pulled up into a pony tail.

Their conversation was lightly amusing, although it did put a bit of a knot in my stomach.  Lucia was lamenting the fact that she has blond hair and blue-green eyes.  This has been a topic of great concern to her lately, and she was insisting that both would turn brown one day.  Ella explained that her hair might get darker as she got older, but her eyes would never be brown. This brought on a petulant stomp and pout from Lucia so Ella laughed and told her that she wished she had blonde hair and light eyes.  They reached me, and their attention diverted, back to the reason for which they had dragged themselves out of the surf – snack time.

I pulled a few clementines out of the bag and handed them each one.  The sight of something to eat in their sisters’ hands was an immediate draw for the boys, and up they came toting  boogie boards and sand.  I tossed up another clementine.  The littlest let his drop.  As I picked it up and began peeling it for him - the sight, the smell, sent up an urgent signal through my senses to my memory.  Always a victim of this hijacking, I am dumped into the prison room of a memory – often very good, but sometimes not, and, usually, leaving the room and coming back into the moment leaves me wistful. Today the picture show in the room of my memory was this:

I was seated at the kitchen table.  A lump of new baby girl in my arms and my 2 year old, Thomas, sitting in Matt’s lap.  Joey, my four year old was cavorting on the floor between us.  The silver bowl, full of clementines was on the table, and Joey was asking for an “orange”.  Matt pulled the bowl close to them, and pulled one out – it was so tiny in his hand – and he asked Tommy, “What is this fruit called?”

His little toddler face questioned and he looked up at Matt with big, round, brown eyes as if he were duping him.

“Oranges are different, and bigger” he said with a grin as he suddenly extended his arms out to both sides, “But,” he said, ”they are the same color – orange”.  My little guy still didn’t look convinced.  Matt held the fruit on his palm, in front of him, “Say, Clementine… C’mon, I know you can.”

“Good Job.  Now would you like me to peel it for you?”  Tommy nodded and Matt began to peel it.

The same color, the same smell as those clementines on the beach.

The 4 year old, jumped up from the floor.  “I want one!”  Then he reached into the bowl, pulled one out and plopped it on the table in front of me. “Peel it!”

“Whoa, little man!  Is that how you talk to your mother?”  Rhetorical of course, because he just kept going “You respect mom, and you ask her nicely, ‘will you peel this please, mom?’”

Those few, simple moments were life changers for me. I watched Matt’s green eyes as he finished peeling the clementine and smiled at my son.   I knew then and there that I had to face some things inside myself, things that I tried to ignore,  things that frightened me, and made me hate myself.  I also knew, somehow, I needed to make things change, or nothing good would come of what was brewing inside of me.

1. Taylor Swift - I knew you were trouble

I was sitting at my desk, looking out the window and daydreaming.  I was supposed to be typing an obituary for Mr. Carson, but my mind wasn't there at the moment.  His wake wasn't until next week, so I had time before the deadline.  The funeral home was flowing with people paying their last respects to one of our old elementary school teachers.  I glanced at the clock and noticed it was five to eight.  Just at that moment, someone knocked and poked their head through the half open door that led from the lobby to my office.

"Libby, the priest is coming, right?"

"He should be.  I spoke with the secretary today; we were all set for tonight and tomorrow."

At that moment, the door of my office that leads to the side porch opened.  The white collar set off his black from everyone else's'. The priest stepped through, a bit sheepishly.   "Oh, Hi- Sorry. The gentleman outside told me to come through this door.  I hope that's OK."

I stood up and walked toward him.  I extended my hand. "Good evening, Father.  I'm Libby Capuletto, the Director."

" Hi Libby.  I'm sorry for being late, but I just got in this evening and was trying to get my bearings before I rushed in here.  I wanted to take a few minutes to find out a little bit about Mrs. Bubly before we pray.  Is that OK?"

" Sure.  This is her daughter, Stephanie.  You're welcome to step out on the porch or talk in here.  I'll meet you both in the lobby when you're ready."

The priest, showing up late, has its benefits.  When he's done, everyone will likely flow out behind him, and that's just what happened tonight.  I nodded, and smiled and said,"see you tomorrow" to each one as they departed for the night.  Last out was Stephanie and we had a brief conversation as a reminder of what would go on in the morning.  I hugged her once more, and as I watched her cross the parking lot, I noticed that the Priest was still outside talking to a few of the callers.  I left the lights on for them, and thought," hmm, that's pretty cool.  Its nice to see him not in a rush to leave..."  I took off my blazer and joined Jake and Todd in cleaning up.

I was running the scrubber around the inside of the toilet bowl when a figure appeared in my peripheral vision.  Assuming it was Jake or Todd, I was surprised to look up and find it was the priest.  I straightened up, left the scrubber, and smiled.

"I guess I didn't hear you come back in with the vacuum running.  Sorry.  is there something I can do for you?"

"Well, I just realized that you introduced yourself to me, but I never told you my name - kind of rude..."

I laughed. "Well we were a little hurried...  and, anyway, I remembered it from the bulletin."

He gave a little knowing smile and nod  "ah, some fair warning of my arrival?  Good."  He offered a hand shake. "I'm father Matt Cameron.  Its nice to meet you...Libby, right?"

Yup - good memory.  It's nice to meet you as well.

ok - I'll let you get back to your scrubbing.  Have a good night, and I'll see you tomorrow.

We finished cleaning, turned out the lights, and locked up.  I said goodnight to the guys as they headed toward the lot across the street.  Then I turned, walked along the side of the funeral home, across the back yard, through the gate in the fence and across my own backyard to my back porch.  Pretty easy commute - unless there's some deep snow out there.

My Aunt and Uncle never had any children. I was always in the funeral home with them, so when the time came, it was mine to inherit.  I bought the house I grew up in from my parents when they decided to downsize a bit so I find myself with the care of two lovely Victorians on my hands.  Of course the houses were back to back, and my Aunt and Uncle lived above the funeral home on the second and third floors.