a shortie that hit me while I was stuck in traffic. Rework of a scene from Alien.

26 Reads
1 Favorite
Get the App

We’re aboard the starfreighter Nostromo and it’s obvious that Captain Dallas has been infected with something. Ellen Ripley has assembled a meeting in the recreation salon with the crew.

“Dallas, we need to put you into quarantine and get the ship back home”

“Ripley, you’re such a drama queen. Don’t be so hysterical!”

“It’s probably her ‘time of the month’” said the creature poking out of the Captain’s abdomen. “She’ll be OK in a few days.”

“Shut up, you! And don’t you dare blame this on hormones!” Ellen Ripley turned to the rest of the crew. “Guys, what do you think? Kane?”

“Well, hormones aren’t out of the question...” said the Executive Officer.

“No! I’m talking about the Captain, and that… thing!”

“Oh.” Kane looked at Dallas. “To tell the truth, I was concerned at first, but the Captain seems OK,” he said, turning to her, “so I guess I’m OK too.”

“What? Do you really want to go to that thing’s home planet?”

“Are you freaking kidding? Lambert?”

Lambert, the ship’s navigator, was the only other female crew member. She looked scared.

Captain Dallas looked down at his parasite. “You’re right. Hormones.”

“You know, Parker, we don’t survive Act One,” said Brett to his crewmate.

“Speak for yourself, I make it to Act Two!”

“As if that makes a difference?”

“Ripley, we don’t have a stake in the ultimate outcome, so we’re going to abstain.”

“What?” “Un-freaking-believable,” she said under her breath.

“I vote that we continue,” said Ash, “that’s three to two. We continue.”

“In that case, I vote to keep going,” said the creature. “Three to two!”

Ripley looked at the creature. “No,” she said. “No, no, no, no, no! Dallas, seriously! That thing’s not even a member of the crew!”

Dallas stiffened as a tentacle, tightening around his neck, poked deeper into his ear.

“I think,” he rasped, his eyes glassy, “that he’s got a definite interest in this.” The tentacle loosened. “Ripley,” he said, his voice and demeanor returning to normal, “even if he didn’t get a vote, I’m the Captain, and I’d break the tie.”

“But, Dallas!” she said, pointing to the creature.

“Don’t worry! We’re just going to take him back to his own ‘people’ and then we’ll turn around and go home, OK? Go back to your hibernation pod. You’ll see.”

“I’ve got a bad feeling about this...” she said, turning away.

“OK for you, maybe...” she grumbled, as she left the salon, "but I'm sleeping with a blaster under my pillow!"

An adult horror tale about agreeing to do something without knowing what you're really agreeing to... 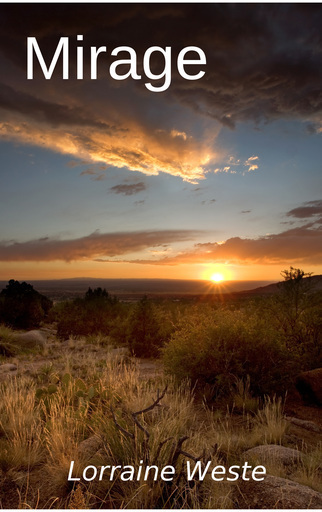 Where better for a serial predator to operate than in the Chihuauan and Sonoran deserts that straddle the 2000 mile long U.S./Mexican border from California to Texas? Hundreds of people die there every year as they make the dangerous trek to the Golden North. So, what if that predator collected a few strays, just before they died of exposure? Later, after he'd had his horrific 'fun' with them, he'd dump the carcasses back in the desert. Would the Authorities notice? But what if one victim miraculously got away unnoticed and survived? And what if she wanted revenge?