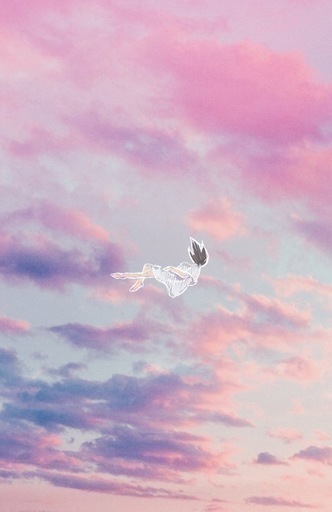 The Culture of Falling Apart

12 Reads
1 Favorite
Get the App

How do you stop the misery?

How do you stop the very thing that has caused other things – other feelings and other cases of your being, to freeze in time?

It is like you are just there watching everything stay afloat in midair. You look around, and see that none of it seems real, yet it feels convincing. You try, and take a step, but your foot lands on nothing, so it is only then that you get to realise that what you are standing on is the only thing to stand on. You cannot create a distance from somewhere to anywhere. You are limited in almost every possible way. You are stuck in your place. It is confusing and frustrating, but as time goes on your ideas about it change.

You sit, pull your knees to your chest, hug them, and place your chin on top of one of your kneecaps. Now, you think of what this is all about. You blink. Do it slowly please because you might disappear to someplace else.

Believe me, this is better. It may feel horrifyingly empty and quite suspicious, but it is a lot better than risking yourself out there with the dangers of the world, and all it has to offer for the sake of socialisation. I know so because I have gone through such thing.

I am a warrior, too – an injured, and weak warrior.

Spoiler alert, though, I am going to die.

How do you mourn?

The question has wrapped itself around me like a blanket I have failed to get rid of when I roll myself out of my bed.

It gives me unnecessary warmth that is uncalled for, just like how she did.

The morning sun has greeted my eyes, but my spirit remains down.

I drink my coffee which has become cold because of the minutes I spent staring at absolutely nothing in particular while remembering a friend – or rather, someone.

When a person dies, is your relationship with that person affected at all?

Distance becomes an obstacle in relationships. What about death? What about the very thing that restricts you of any access to the person?

I set my cup on the coffee table Mom has just placed here. I told her that she did not have to do it, but she said that I have been spending a lot of time lately in front of the biggest window of the house, just staring and thinking.

She took the initiative to move a few objects around which resulted to my tiny personal space that is ironically open for anyone. It consists of a coffee table, soft blue and purple pillows to sit on, a small shelf with books I have and have not read, folded blankets next to the shelf, and a red carpet that remains beneath all of them.

Mom would not have done it if it were not for pity because I am the one who has lost a person. She thinks that her act of kindness may help me move on. But it will not because she does not know that I am guilty.

I feel tears in my eyes, so I bite my lip, hoping I can hurt myself enough to bleed just to turn that emotional pain into something physical.

I want to cry, but I do not feel like I am allowed to. Guilt prohibits me.

I could have saved her, but instead, I was too caught up on my own sadness that I could not even ask her about how she felt the entire time we were together.

It was always about me. Even until now, everything is still about me.

She was just there, listening when she could have spoken. Her silence was her secret. And just when she gave me her set of reasons, it can barely tell me anything about her except for the gradual change of her writing.

She brought everything she could have told me to her grave. Now nobody can know anything about her.

“Anne!” I hear my mother calling out to me, and I force myself to unglue my feet off from where I am standing. I search for her in the house and find her by the doorway, with the door opened to a man.

Mom tells me that the person was looking for me, and I tell her that I asked him to come here. She throws a glance at the guy then at me before she takes her leave.

“Hi, Joshua,” I greet him as I lean against the doorframe.

Joshua is wearing his red Nike shirt which I notice is currently drenched in his sweat. He has partnered his shirt with his black running shoes that is a bit outlined by soil.

He must have just finished his run. I can tell from the beads of sweat on his temples despite the weather being kind enough today. And his attire does shout, “I am a runner!”

“Hey,” he raises his left hand, attempting to give me a friendly wave but hesitates in the end. He, instead, forces a smile on his face. “So… What now? Up to anything?”

His breathing is loud like he is desperate to take all of the air around us. I can see his chest heave according to his lung’s current rhythm.

“More like up to nothing. I just want to talk. About Reya.”

His eyes go wide like I just said something strange and unexpected.

Any attempt to look friendly, cheerful and welcoming has left Joshua’s face. Suspicion and curiosity flash in his eyes. I can tell that he is hungry for information about our friend. Yet although he is hungry, he is allergic. He cannot simply fathom the information without remembering Reya. It is like he is afraid that if I feed him the words, he might suddenly experience consequences for knowing anything about her.

“Here is definitely alright, especially since you might collapse anytime soon. Don’t you have anything to drink with you?” I move aside and signal him to enter. He does yet he is still panting.

I close the door behind him, then I lead him to my new spot in the house. He follows me like an obedient dog until he notices where my favourite spot is. I tell him to sit over there in any way he can, and wait for me.

In the kitchen, I take the pitcher filled with water, and get two glasses for Joshua and me. Back at the living room, I see Joshua staring outside the window, his breathing still loud, his back facing me. His shirt is sticking to his skin. I can tell because of the mark of his sweat. He takes note of my presence, and turns to look at me.

I settle the pitcher on the coffee table.

“Help yourself,” I tell him. I take something from the bookshelf while Joshua is pouring himself a glass of water.

I sit on the floor. Rather, on the carpet on top of the floor. Joshua only then does, too. He takes a glance at the notebook I am holding. He raises the glass close to his lips and sips. Then he chugs it as if it is beer.

“This is hers,” I tell him after he has quenched his thirst.

“May I?” he asks for my permission as if I am the owner. I give him a nod. He carefully takes hold of the object, stares at its cover as though it is something sacred. “Is it alright to read some of the pages?”

“She’s not here to say no, and it won’t tell you anything at all.”

Joshua studies my face, expecting something from me. Is it a hint of shame, anger, or–perhaps–regret? What is he looking for?

His gaze leaves me and ends up directed to the pages. He takes a deep breath, scans each page. As he turns the pages, his face shows disappointment and confusion. He becomes impatient and goes to the last page.

“I don’t understand,” he says, his brows knit together.

“She wrote three words per day–“

“Entry,” I correct him since there were pages that were filled with entries for the same day, but of different time of being written. “She left that here. I’m not sure if it was on purpose or not. But she left it, then she sent me a text about it, telling me not to read it.”

“Then why did you read it?”

“Because she’s dead.” The answer is followed by silence and a look of disbelief from the man in front of me.

“You shouldn’t have,” he said.

“I should have. I wanted to know why she did that to herself. She left nothing for anyone,” I defend myself, emphasising the last part.