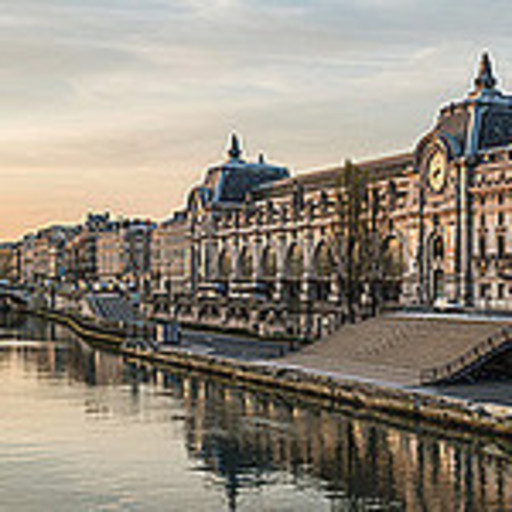 One Day at the Musée d'Orsay in Paris

Have you ever heard the old saying, "Don't talk to strangers?" One day when visiting the Musée d'Orsay in Paris, an American tourist learns why this adage is still very true. Be certain to let me know in the comments section what you think if this bit of flash fiction. Is this story any good? Should I keep on writing and develop it further, or discard it? 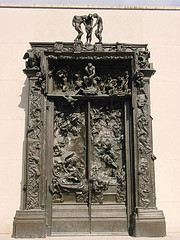 Off and on, for as long as I can remember, my sleep has been interrupted by fear-filled dreams of the door. This door. Imposing, it towers above me, nearly every inch of it covered with dozens of figures. Their agony filled faces and limbs twisted, contorted, into every imaginable position.

While I have always wondered what, if anything, seeing this door in my dreams "meant," I certainly never expected that it actually existed outside of my own imagination. I definitely wasn't expecting to stumble upon it, quite literally, as an American tourist visiting the Musée d'Orsay in Paris.

I don't know how long I stood transfixed, but I eventually became aware of the presence of another, standing just behind me.

"It is Rodin's Gates of Hell," he stated matter-of-factly, "he was inspired by the images of fallen humanity in Dante's Inferno."

I nodded my head silently, recognizing the "Three Shades," from Dante's work and Rodin's "Thinker," amidst the other images of the fallen.

I saw Ugolino devouring his own children whom he starved, Francesca fleeing from Paolo. My gaze was drawn to two writhing bodies in the upper right corner; lovers desperately clinging to one another, defying the pull of unseen, conflicting forces.

His breath stirred the strands of my hair, "That one is known as "Fugit Amor," or "Fugitive Love," he whispered.

I wheeled around on my heels to face him, as he took a half step back, and looked down, recognizing the guilt and embarrassment in my eyes. He laughed softly as he extended his hand.

"Vladimir," he stated as I shook his hand and tried to think of something witty to say and replied rather lamely, "As in Putin the despot or Vlad the Impaler?"

He chuckled again, his eyes dancing with laughter, "How about Vladimir, your new friend?"

I smiled at him and then looked around, realizing my group had left without me. Seeing the panic in my eyes my new "friend" offered to help me find them. We searched the museum, and walked outside, continuing down the left bank of the river Seine, but they were nowhere.

The shadows grew long as we made our way back. The doors remained open late on Thursday nights, but still I was afraid.

I was a foreigner, a woman, lost in a strange city where I knew no one, not even the language. I could be attacked, robbed, even killed. Vladimir squeezed my hand to soothe me. I was glad to not be alone, but I was not relieved. His presence was both comforting and unsettling.

We stopped walking when we came upon the threshold of the door, again. My gaze fell upon the sight of the lovers and I felt heat and guilt rise in me anew.

I felt his breath caress my cheek, "The Roma say that dreams of the door are a sign of beginnings, a transformation into a new life," he whispered as he drew me closer, clinging to me, and bit my neck.

Hey there! I think you should continue it. I was disappointed that it ended. Things were starting to heat up :)