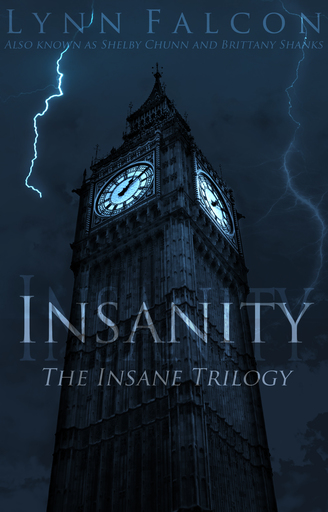 11 Reads
0 Favorites
Get the App

"I remained too much in my head and lost my mind." - Edgar Allen Poe

Every human knows what it feels like to want something. Humans are always wanting, but never needing anything until they realize they're desperate for it. Once a human is desperate for something, they are open to corruption, and weak against manipulation. Any dark power can weave into the ideas of a desperate human. Those ideas are raw though, and still need something to help them grow into actions. A desperate mind is prey to a desperate beast.

Humans desire many things, but they never understand the true difference between want and need anymore. There are always those who wish to be left alone, but we all know the saying "Be careful of what you wish for." Being alone can plunge anyone into the depths of Madness, kicking and screaming out your regrets to the shadows. A human mind that's being ripped apart with insanity is perfect prey for a dark beast. A woman doesn't just want love, but she yearns for it, no matter if she still has a rhythm in chest or not. A desperate woman can be capable of many things, even a curse.

Dante Crowley was just another desperate man. He raced around London, searching for something that could help him. He hadn't slept for days, worry and fear eating away at his sanity with every passing moment. His own passion for finding help was driving him mad, and he knew the longer it took him to find help, the sooner tragedy would strike. His caramel colored hair hung loosely in his face in shaggy curls. His emerald green eyes were wide with worry, or maybe insanity. His light, golden skin was tight on his bones with hunger, and his silk clothing were nearly in rags by now.

His fatigue state of mind and body were slowly starting to take over him, and he found himself breathing heavily outside of a local gambling bar. He lifted his emerald eyes to gaze upon the wooden sign of the bar. The black words "Welcome to The Savage Club," were carved into the dark wood. He steadied himself, righting himself like the noble he should be. He ran his rough hands through his messy hair in an attempt to tame it before entering the bar.

Dante went over to a table that he was familiar with. The white cloth that covered it was perfect, clear of any dirt. This wasn't just a bar, it was a gentlemen's club. He ordered a drink, the strongest they had, and watched as the waiter went to get it for him. A noise came from behind him, the sound of rustling paper and a few curses said under a hushed, familiar breath. Dante turned to see his good friend, Richard Freeman. Richard looked a little frustrated, scrambling to pick up the parchment papers that had made their way to the floor. Without a word, Dante was up and helping his young friend with the task.

"So, what story is this?" Dante asked, a smile of amusement finding its way onto his face. Richard looked up, holding a small stack of papers. The shadows under his eyes were a clear sign of how tired he was. His pale skin made him look sickly, and of course Dante worried.

"You would think I'm crazy . . . crazy for my imagination," Richard said a bit shyly, taking the papers from Dante's hands quickly.

Dante hissed in pain as the paper slid across the fragile flesh of his thumb. He quickly put it to his lips, trying to ease the pain that throbbed there. Richard's eyes widened with shock, then remorse. "I-I'm so sorry Dante! I didn't mean . . . " He trailed off, already grabbing a napkin from the table and handing it to Dante.

Dante chuckled from deep within his throat, amused at how quick Richard was to apologize. "Don't fret over it Richie," he said using the nickname he knew his friend loathed.

As expected, his attitude changed drastically. "Don't call me that." he snapped with venom in his voice. He took his seat across from Dante's, glaring at him as Dante took his own. Dante only chuckled again, accepting the drink he had ordered earlier.

He took a sip of the drink, almost regretting ordering something so strong. He let it run down his throat anyway, looking at Richard with a friendly, green gaze. "So, are you going to tell me what idea you've come up with?" He asked, sipping the drink again before putting it away. He probably wouldn't be getting drunk again after all. The sight of his friend made him change his mind, calm him from his insanity.

Richard glanced down at his papers, then back up at his older, noble friend. "Well . . . it's about a crime, but I'm not sure how realistic it is," he sighed, wadding up the papers and tossing them aside. He didn't understand why his ideas just didn't see right. Nothing came to mind when he tried to think of something to put on paper. He needed the money badly, and this whole writing scheme seemed to be the easiest way out. He thought wrong. He was caught off guard when Dante started to laugh. He gave his friend a quizzical stare.

Dante calmed his laughter, looking at his friend with an idea of a joke. "Monkeys," Dante said simply, a smile reaching his eyes with laughter. "Just throw in a monkey and everyone will be happy. Everyone loves monkeys," he said in a joking manner. Dante's laughter slowly faded away. Richard's expression turned from one of confusion to one of pure excitement.

"Monkeys!" he exclaimed, grabbing a pencil from his waistcoat pocket and quickly jotting down the idea. Dante groaned a bit, shaking his head at his friend. "It was a joke . . . " he reminded, but Richard was already talking about a plot line.

Dante sighed, standing up. "I'll leave you to your... work," Dante said carefully. He didn't want to give any more reason to stay. Richard didn't look up from his papers, making Dante even more relieved to leave.

Dante left without another glance at his friend. He paid for his drink as he left and even said farewell to a few others he knew by name. He walked out into the dusk of England, taking a deep breath to let in the smells that he loved so much. The delicious aroma coming from the bakery a few doors down made his mouth water. He decided to grab something to eat as he searched for help throughout the night. He would need all the energy he could get.

The air was already beginning to cool, another sign that the moon was nearly ready to make its beautiful appearance. He stepped out from under the welcoming sign of the bar and out into the streets. He followed the scent of the bakery, but something else grabbed his attention.

That something made the shadows around him shudder, and a breeze began to stir the street rubbish around him. He stopped mid step and shifted his emerald eyes towards the shadows of an alley. A strange feeling overcame him. Something made him want to run, but there just something that made him feel . . . welcomed. A smooth voice from beside him made him start. He snapped his head to the side as a Siren spoke to him.

"Hello, there, dear friend," she said with a smooth voice. She smiled warmly at him, but something about her made the hair on the back of Dante's neck stand on ends. Who was this woman? Where did she come from?

Her skin was pale in comparison to her dark brown hair. Her eyes appeared to be black, but Dante assumed it was because of the lighting. The moon was already starting to show the only light on the streets, and her eyes could just be dark brown. Her hair was up, small curls hanging down in a stylish way. Her shape was almost too perfect to be real. To Dante, she was a dream.

"I'm sorry, I don't think we've met before. I'm Dante Crowley," he said, introducing himself to the angelic-looking woman. He picked up her hand, bringing it to his lips and placing a gentle kiss on her smooth, cold knuckles. She smiled at him, giving a slight nod at his hello.

"Hello, Lord Crowley. I am Lady Nightingale," She said, giving him her name.

One thing troubled him though about her greeting. "I'm no Lord, milady. Lord Crowley is my father," he corrected kindly. He watched as her lips slowly moved their way into a smirk-like smile. The small change of expression made Dante want to run. Being the gentlemen he was though, he stood right where he was

He didn't even flinch when she stepped closer; red lips parted to show something glistening near her teeth. "I believe you will be a Lord very soon. Am I wrong?" she asked, hitting Dante on a very sensitive nerve.

The reminder of his desperate task sent him back into the dark places of his mind once more. How would he find help? He would never find it before tomorrow. He needed to keep searching. There was no time to waste on such a thing as this woman.

He stiffened, very aware of how close Lady Nightingale was to him. She leaned towards him, breath at his ear as she fed his insanity with the whisper of temptation. "You're asking the wrong question," she began, her voice smoother than a con-man's best lie. "The question is, how can you become stronger." She said through a sharp smirk.

The questions that swarmed his mind were exactly what Lady Nightingale wanted.

Dante had become more desperate to hear how he could help his family. He knew now, that there was a chance that he could save his family. Lady Nightingale held the silence for a bit longer, knowing that with every passing moment he grew more desperate. She needed him to be completely dependent on what she had to do in order for him to actually consider it. She waited, and then the emotion she had been waiting for finally flashed across his eyes like flames of a raging fire. Fear.

"Don't fret, dear Dante . . . I hold a power that can save your family- if you're willing to receive it for yourself." She said, tracing his jaw line gently with her long nail. He shuddered from her touch, and it brought him to reality.

Dante watched the woman in front of him, knowing from the start that something was wrong with her. He saw now, he saw it all. The pricks of polished bone glistened in the faint light graced by the moon. Her eyes were dark with an emotion Dante didn't understand, yet.

He was desperate, a desperate mind and a desperate fool. There was nothing that he would refuse at this point. His family would be lost to him tomorrow if he waited for a miracle any longer. He had to be the one to save them, and he would be the one to do exactly that.

"I will. Just please, let me save my family." He said, a plea in his voice that was music to the beast's ears.

Lady Nightingale didn't need anything else. She leaned towards his neck, her perfect weapon brushing against the skin that covered his fragile life. "Then you will be forever at my side. I give you, the Mark of Incubus," she said, plunging into his life and draining it, replacing his soul with a part of her own. He became a beast, just like her. His agony echoed off the moist walls around them, but their bond would be the thing that forever changed them.