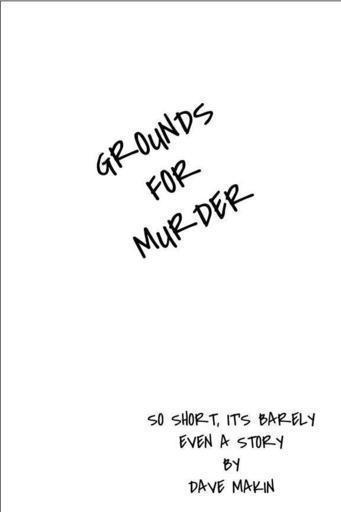 SO SHORT, IT’S BARELY EVEN A STORY BY DAVE MAKIN

This is a work of fiction.

So it can't be real.

Unless this did happen somehow, then it's purely a fluke.

Or maybe what I write comes true like some kind Twilight Zone episode.

In that case, my bad.

"I will also require some sort of sack in order for me to teabag my hot water. Please and thank you." The man ordered in an overly posh and snooty British accent.

Dominic (also known as 'The Butcher ', a nickname that was given to him during his time with the mafia. Nowadays, he worked for himself as a hired hit-man) could not stand the way that the foreigner spoke. His ridiculous accent, combined with his disregard for common terms, like using a tea bags and steeping made him want to shoot him rather than take the job.

The Brit made his way through the coffee shop to the table that was tucked way at the back of the shop and sat down across from Dominic.

"Well I certainly hope that my order doesn't take Oolong..." he snicked at his own joke, then snorted and slapped his knee. "I say, I do love a good pun. One might say they are rather....fun" he widened his eyes staring at Dominic across the table, lips parted showing his teeth, as he smiled the smile of moron making a moronic joke.

Dominic remained stone-faced, hiding his true feelings for the man. He kept telling himself that he just had to make it through this one meeting, get the name of the target, the address, and the money and he would never see this man again.

"I don't believe you understood the joke there chap. You see I ordered an earl grey tea and then I said I hope it doesn't take Oolong, which is the name of a different type of tea. See? The joke is that I said Oolong rather than too long."

"I understood the goddamn joke." Dominic snapped. "Tell me why we are here, where I can find them, and give me the money!" Usually, Dominic wasn't this impatient but there was something about this man that he found intolerable.

"Alright, alright. Pushy. Her name is Meg. She's my employee."

"Why do you want her dead?" Dominic had been doing this line of work for a long time. He didn't really care why, but he never really figured out the next part of this conversation.

"I have a garden that I like to tend." the Brit began to explain. "I asked her simple to pick up some cumpust..." Dominic cut him off,

Dominic corrected him, "You mean COM-POST."

"Right, as I was saying I sent her to the store to get some cumpust, and she returned with ground wood."

"You know the flecks of wood after it gets chewed up. One uses it to spruce up the yard." the Brit continued.

"Mulch?" Dominic didn't understand why his diction irritated him so much.

"Oh right, silly me. She came back with a large sack of Mitch." 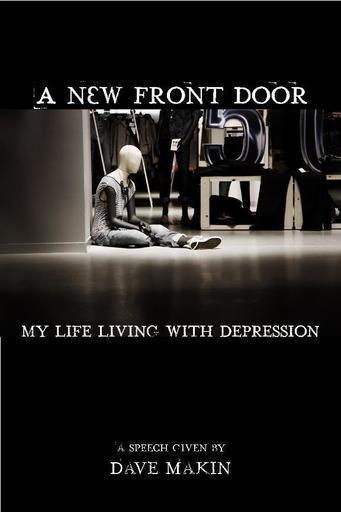 a speech I originally gave about living with depression. my hope is that if it resonates with an individual that they reach out for help and not let it consume them. there are alternatives to living with it. there is a better life waiting for you.

Somewhere between the cosmos and earth you are touched by fate. Some people call this Divine Intervention, some call it the Irony of Fate. I call it Cosmic Irony. Part one of the three part series takes us through the younger years in my life. From trying to hide the unconscious body of a fellow classmate to demented hamsters, and evil Korean martial artists and accidents in winter sports, I share my somewhat bizarre life. Part one is laying the foundation of what will become so far, a strange and humorous collection of stories I call my life.