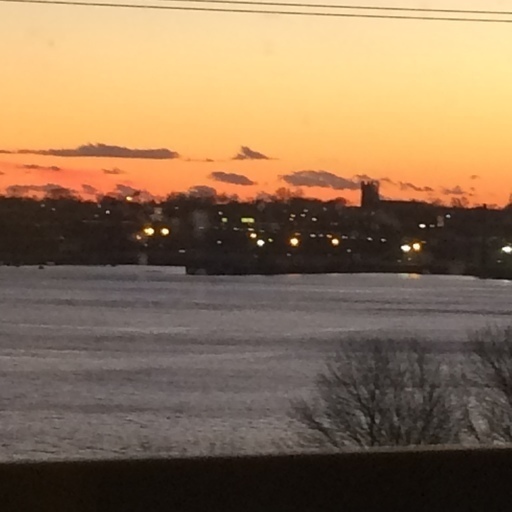 She knows he knows.

It's been dawn for hours. The sun is stuck at the edge of the horizon, too exhausted to ascend to its rightful place in the sky. The heat is already oppressive, and each breath hurts worse than the last. She bends, pulling the box from its hiding spot.

One. Two. Three attempts to stand. She’s frightened he’s going to hear. Gripping tighter, she finally perches on the edge of the bed. It takes a minute to reorient herself.

The room hasn't changed. The sheets on the bed used to be her favorite but they've been washed so many times they’re beige. He pulls them up hastily every morning, not bothering to smooth the wrinkles. They’ve been used over and over again, and they look the way she feels: rumpled, used, old.

Turning her head, she stares at the charcoal vase on the boudoir. Once upon at time, it held gorgeous fresh-cut blooms, standing proudly for the world to see. Life danced with all the colors of Mother Nature’s paintbrush. Now there is only a decaying carcass, broken by Father Time’s heavy hand.

The mirror confirms her suspicion. Sallow skin is paper thin. Cheeks are hollowed. Bright cobalt eyes have dulled to shadow. She cannot recognize the person staring back at her.

She has to go before he can stop her.

Spidery fingers slide over the lid of the box, tracing the initials on it. They’re not hers. It doesn’t matter anymore.

A flash of movement causes her to freeze. He lumbers past the door and she instinctively holds her breath. He looks greyer than yesterday, if that’s possible. Grumbling and cursing, as usual, he passes her by and closes the bathroom door with more force than is necessary. She hates that it startles her still, after all this time.

While he is occupied, she opens the box and stares at its contents. She expects it to be frightening, but there is no fear when she palms the capsule. It’s the size of her thumbnail. It’s pink, for fuck’s sake. She hasn’t seen color like this in year. It sparks something inside of her that she’s forgotten how to feel…hope.

No more bruises. No more gasping for air. No more fighting. No more pain.

Sunlight suddenly bursts through the storm clouds. The sky is magenta, peach, violet, and gold. The hillside is dotted with a million purple flours nestled between dandelions and soft green grass. Her death bleeds color into the world, turning it from shades of grey to rays of gold.

He stands at the foot of the bed. He wants to cry, but the well has been dry for years.

She knew he knew.

It was finally over.