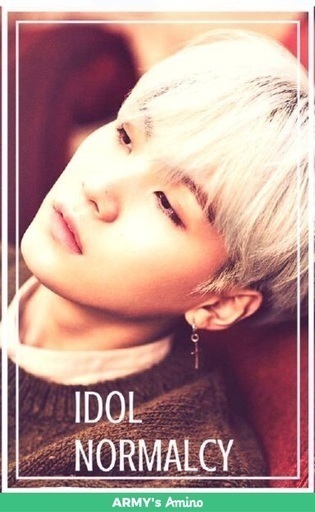 The night sky above them was lit up by the stars that spoke of endless possibilities. They bathed in the warmth and comfort that they both shared with one another. Neither of them spoke, just so they could relish in each other's company. For them, just being together brought them a happiness that was beyond comparison. And they both shared the same dreams for the future.

(y/n) shifted slightly so she was laying more comfortably on the blanket spread out under her, and she felt Yoongi's arms tighten around her. He kissed her atop the head and she somehow knew he was smiling, which made her smile grow wider. She sighed and buried deeper in his arms. It was coming up to the ending of the summer and the temperature was starting to drop, meaning that there was a cool night breeze.

Crickets played their nightly symphony in the grass and somewhere overhead an owl hooted, destroying the little world that the snuggling couple had created.

"I think it's time to get home." Yoongi helped (y/n) to her feet and then started to pack away their picnic stuff. Picnicking under the stars was something they both took pleasure in doing when they had spare time. Yoongi worked long shifts and (y/n) had her own responsibilities, but they always found time to be together.

Yoongi opened the door for (y/n) and she stepped into the truck and was thankful for the warm car. Her limbs burned as they warmed up. Yoongi got into the driver's side and they both left the field behind.

"I'm happy we did this tonight," Yoongi spoke up after a moment of silence. "It's been so hectic at work lately and I - we -really needed this."

"Yeah, it was fun." (y/n) smiled that one smile that Yoongi loved.

"We'll have to make some time to do it again." Yoongi was focusing on driving, so he didn't see the change that overcame (y/n)'s face.

"Y...Yeah." (y/n) swallowed the rising lump in her throat and for the first time that night she lapsed into a silence that could only be described as deafening.

They had finally gotten time off work and had decided to go to a movie, one that Yoongi had wanted to see since it came out. He had waited for (y/n) to be free so they could watch it together.

"Sorry." Yoongi laughed and flashed her a gummy smile. "It's just I've been waiting ages for this."

Next, he bent down and placed a small kiss on her lips.

"And I have wanted to do that too."

(y/n) blushed and followed Yoongi into the screening room.

Weeks went by and their relationship only grew stronger, their bond unbreakable. However, that was soon to change...

Clothes were shoved messily into a suitcase. Belongings covered the bed and tears fell to the floor, as she packed all of the things she would need. She wiped furiously at her eyes and jumped when she heard the bedroom door slamming open.

Footsteps rang out angrily on the wooden floor as Yoongi stormed in, his own face stained by the droplets falling from his eyes.

"When were you going to mention it to me?!" He grabbed her by the shoulders and turned her.

She was now facing him.

She could only nod as her voice failed her and she didn't know what to say. It had all been decided long ago.

"Were you even going to say goodbye?" His eyes bored into hers and it was like he could see into her very soul, or see her heart that was shattered into pieces.

"What if I didn't want to say goodbye?" Her voice came out hoarse as she finally found her words. "I thought... I thought if I told you, if I said goodbye, I wouldn't be able to go. That I would stay here."

"Wasn't it you who always told me to follow my dreams?" (y/n) asked, her voice now soft. "I can't give up this opportunity. We share the same dream, so you understand right?"

"But... but you could have told me." He knew this would happen one day; (y/n) was the kinda person who would never give up and would always chase her dreams. Yet, that hasn't stopped him from hurting, from feeling like a hole had opened up in his chest leaving his heart exposed.

"I wanted to tell you, but you looked like you were happy." Those were the last words she uttered, before zipping up her suitcase and pecking him on the cheek. Then she exited the room.

Leaving him and everything else they had built together, behind. 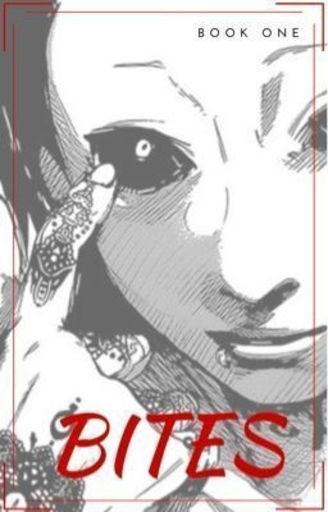