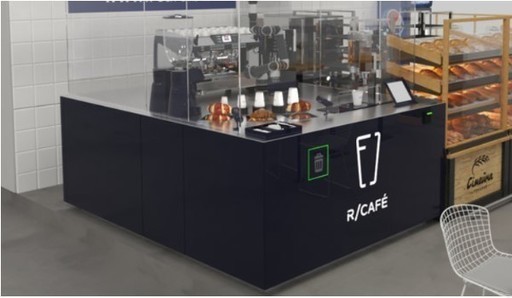 Will a Robot Barista Serve Your Next Cup of Joe?

Imagine the world twenty years from now, with robots more prevalent than ever before. We'll take a guess and say you imagined a robot driver or a robot guard.

Imagine the world twenty years from now, with robots more prevalent than ever before. We'll take a guess and say you imagined a robot driver or a robot guard. You may even have thought of a robot boss whom you can fix with a software update when he's being fussy. Here’s the one you might have missed: a robot barista. Robotic technology leaves nothing untouched, including your morning coffee.

If the paragraph above makes you imagine an ultra-modern world far into the future, we've got news for you. The Dal.komm chain of coffee houses in South Korea has launched 45 outlets equipped with robots. You can find them in company cafeterias, shopping malls, schools, and an airport. How fast the future comes!

If you're like most people, you haven't had the experience of ordering coffee from a robot. Let's take you on a short walk into the world of tomorrow. Well, technically today in South Korea - must be the time zones. You make your order through the kiosk or a mobile app, and the robot barista will get to work brewing your coffee. When it's done, it'll send you a four-digit code which you punch in to collect your beverage from a box. That might be a few steps too many, but the cool factor is still there.

One of the office workers who's now getting her coffee served by a robot barista says that it's fun and convenient. She says it's easier to get the coffee because the crowds during lunchtime slow down the service.

The robot barista is efficient, as you might have guessed.

We can put that efficiency in quantitative terms for you. The robot-baristas can brew 90 cups per hour and almost 300 cups on one single charge of coffee beans and other supplies. The human touch isn't lost. Supervisors tour the outlets every day to check the robots and give them a cleaning. They're also monitored through sensors and surveillance cameras.

But Humans Make Better Coffee Though...

Yes, some people aren't on board with the concept yet. Another worker at the company opined that she likes human baristas. Why? Because they can customize drinks more delicately. She loves her coffee weak, and the robot hasn't quite been able to make it that way.

It's not something that's been around for long, so it hasn't had time to iterate. More players will enter the mix, and the tech will improve. By the time you get to try a robot barista out, it might be able to match your coffee preferences to a T.

Only One Robot Barista?

Yes, only one. That's it for this article, folks. Thanks for clicking. Goodbye.

We kid. We know another one. In true robot fashion, it's known by the name Cafe X Technologies. They came for your ears, now they're after your palate. The team that built this one is the Ammunition Group. That's the same team behind Dr. Dre's Beats speakers and headphones.

The last one does 90 an hour, Cafe X Technologies does 120. The robot is pretty much a full-fledged cafe under a $25,000 six-axis animatronic arm.

Take your "How To Order From A Robot Barista" notebooks out again.

You place your order on the touchscreen kiosk or from your phone through the app. You get a text when your coffee's ready, which takes about a minute. Ta-da!

We were asking for a streamlined way to order coffee a second ago, and now here it is. Amazing how much innovation can happen in eight paragraphs.

As at any regular coffee house, you get plenty of beverage options. You can order a single-origin espresso, latte, espresso, and more. There are different types of milk too. Customizing your order seems easy. It works for even for the most demanding and particular coffee drinkers.

No one seems particularly displeased with Cafe X Technologies. Because of the lower overhead, the basic price of an Americano is only $3. Efficiency and savings, nice.

Only Two? No, here is a totally new solution: Rozum Robot café

Jast imagine, you can be the next owner of robotized café in seconds! The fact is they are here. New Robots to serve the best coffee ever, taught by the best baristas. Wake up and smell the coffee revolution. Be the next, who get the franchisee from this innovative California-based company.

Non-Fiction
How to Write a Proposal?

How to Write a Proposal?

How to Write a Proposal?

5 tips for buying a new computer

5 tips for buying a new computer