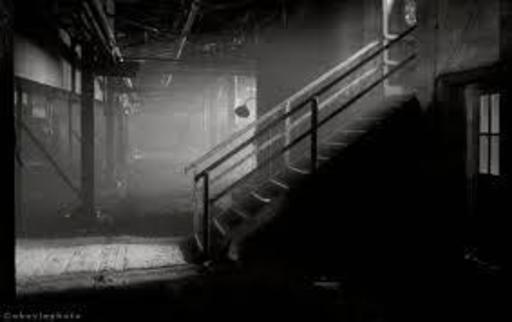 At the end of the world, one man lingers on fueled by a hope to see the world returned to its former glory. But the clock is ticking...

56 Reads
1 Favorite
Get the App

Abel’s stiff left leg dragged, joint throbbing, as he staggered for the towering pair of grimey glass doors. Nature had reclaimed most of the venerable structure for herself: a thick netting of vine and broad, bright green fronds had all but obscured the site from the air. The rusted remnants of a decayed radio antenna had glinted under the ship’s search lights just as a final, desperate sweep neared its end.

He sucked in a breath and squeezed through the narrow gap between the sibling doors. The facility's darkened interior greeted him with long shadows, sharp and jagged like a dragon’s maw. He punch a series of keys on his forearm mounted instrument panel, confirming the location. A squat, dim hologram depicting a three-dimensional overview of the facility materialized above his wrist. Abel panned around the darkness. He did not bother calling out. A thick carpet of dust and a century’s worth of dangling, abandoned cobwebs declared the sad truth.

No one was there… No one had been there for a long time.

His boots clanged on the cement floor, echoing over the rows of motionless conveyor belts and half-rusted robotic arms. Abel swept the torch’s cool, sapphire beam back and forth, spearing the darkness. Above the plant’s factory floor hung a network of shadowy catwalks. The torchlight glinted on broken glass teeth of shattered windows beyond the machinery. Offices, he thought, I remember those.

Spatters of his dark, oily life-blood pitter pattered into the dust as he navigated the serpentine aisles. Machines towered over head like gargoyles, frozen in time like a mural. The scraping of his boots summoned high pitched squeals from rodents scurrying in the shadows. The bravest amongst them, mangy and half-starved, emerged from a nest of moldy refuse. The rat sniffed the growing trail of spatter, squeaked a word of famished frustration and then vanished into the darkness.

Behind the wall of smashed windows Abel saw a farm of carpet-walled cubicles. Countless reams of forgotten documents laid scattered about like leaves from a forgotten autumn. Each desk he passed offered a collection of relics. He recognized the obsolete computer equipment and telephone systems. He picked up a ceramic mug half-full of a stale brown fluid. He gave the antique a once over, then replaced it on the desk, careful to position it exactly back into the dust-free circle.

You shall one day be obsolete as well...

Abel spun around in the dark. His torchlight sliced through shadow, tracking to the source of the voice. There can’t be anyone (or anything) here, he thought, I am the last. He tapped the side of his helmet’s comm unit. The usual array of indicators on his forearm blinked their usual green.

You cannot save them…

Abel yanked the sidearm from his waist and readied it against the shadows. He scanned the office tomb, crunching over broken glass as he stalked for the flight of stairs at the maze’s end. It was a foolish reflex, but a necessary one. He had come too far. Risked too much. The others had placed their trust in him. He could not fail.

The stairs accommodated his bulk, albeit groaning under the hop and drag of each step. A single stair shy of the top, Abel’s good leg buckled. He crashed to the floor in a rattling, echoing heap. His chest plate’s corroded screws finally crumbled to dust and the heavy armor spun off into a roll. Prone, he swept the darkness with the torch.

The facility loft perched high above the factory floor. Six long rows of dusty servers stood a foot taller than his own seven feet. He tapped a button on his forearm. A shimmering hologram depicting a 3D schematic of the loft bathed him in a wash of ghostly light. The map rotated as he panned his arm around, trying to locate the terminal he needed.

A star hanging in the hologram flashed red. Found it, he thought, after all this time. He clawed at the floor and dragged himself down the aisle. Exhausted, he propped his back against the server stack the hologram had identified. Abel slid the unit from its wall mount and flipped the screen up, revealing the keyboard. Dusty fingerprints from long dead technicians painted the touchscreen and keyboard. He flicked his wrist. A long, diamond tipped spike sprang from his palm. He slid the interfacing-jack into a port on the keyboard.

You cannot save them…

“I will!” Abel shouted into the dark. “We had our time. And look what we did with it! We blew it. There’s no one left!”

A little blue light faintly flickered at the screen’s corner. Abel looked over his shoulder, searching a final time for the haunting voice. Satisfied, he rotated his hand. The terminal protested with a moment of whirring groans. Finally a command prompt appeared. Abel gingerly pecked at the keys. One false move and the ancient plastic would shatter beneath the grooves of his metal finger tips.

His index digit hovered above the ‘ENTER’ key for a moment. Once struck there could be no going back. The world would change overnight.

A wall mounted projector flashed to life. The life-sized image of a bespectacled woman slowly approached the terminal. By ancient standards, he supposed she would have been beautiful. Her facial features were symmetrical. Her hair was rolled into an efficient bun and cinched with the ghostly vapors of a pencil.

Abel pressed his free hand into his bandaged thigh. Dark green fluid, thick like molasses, dripped from his fingers. “It doesn’t matter. I am here. I have enough left to reboot.”

“Are you sure? It seems like the world would be better off if you didn’t.”

“Maybe it would. Maybe it wouldn’t.” Abel’s eyes remained firmly fixed on the blinking prompt, but he did not strike the key.

“It’s much more obvious than that. Your people had your chance as did mine. Mankind lasted a paltry sixty-six hundred years before destroying themselves.” The hologram’s eyes narrowed before flickering. “Not that we didn’t have help in the matter.”

“Yes. We did destroy Homo sapien. I can admit that now. We believed it to the only way to ensure peace in our time...”

Abel lowered his blood-covered digit. “And we were wrong. In our haste, we all but duplicated your mistakes. In the end, Homo sapien robotica proved just as foolish in our hubris.” A shower of purple sparks exploded from under his arm. The display on his forearm flashed ‘CRITICAL POWER LOSS’. “I will die knowing that both of our peoples may be given another chance.”

“There is no guarantee of that. Even if you bring them back, who’s to say they won’t simply do as they’ve always done?”

“I have to try. The cyber virus was supposed to make us immortal. Instead it… changed us. Made us--” A glaring shower of sparks exploded from Abel’s chest. He staggered, nearly falling through the apparition.

“They will need millennia to recapture the knowledge.”

Abel coughed and spat up a glob of thick green. “My people can wait. Those who shut down in time survived the virus and are safely hidden away. The second rising of your people will save them.” His face plate flashed a bright gold. “Humans are a strange species. They’re always thriving where they shouldn’t, always dreaming the impossible and then willing the dream to life. If anyone can save Homo sapien robotica from themselves it would be their ascendant progenitors.”

The last of his power cell surged into the terminal. The automated functions of the cloning facility hummed and whirred and groaned. The lights blinked on by one and the machines below twisted to life. Elsewhere in the facility, stasis chambers filled with pink fluid. Ancient computers ran billions of calculations and injected DNA samples.

The apparition watched as Abel’s instruments went dark. The last of Homo sapien robotica slumped to the floor. The bespectacled woman smiled before the hologram vanished.

Four friends struggle to survive in a frozen cabin hundreds of miles from help. The power's out. The radio's dead. And people are getting hungry... 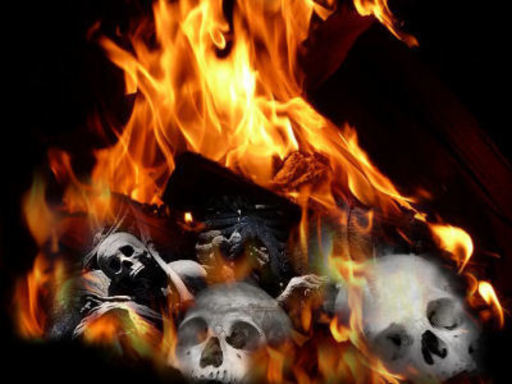 Billy Breen heads to Camp Lockheart a weak-willed wimp, bullied by the world, hoping to turn things around. By the fire, the tale of 'Edgar Shanks' is shared... And Billy's world changed forever. 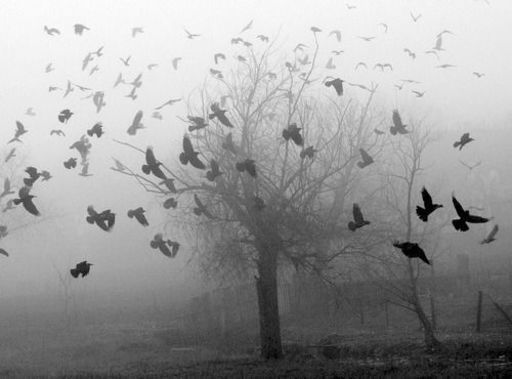 An Emissary of Crows