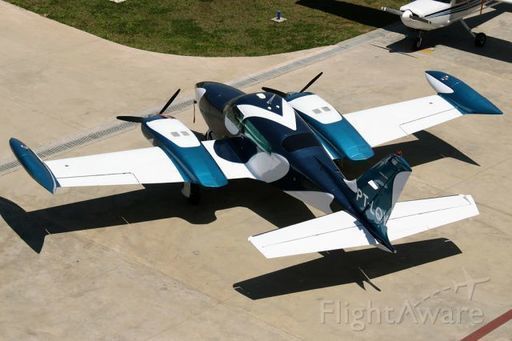 when society collapses, a freight pilot finds himself trying to survive in a world he doesn't fit in

James spun and sprinted to the emergency exit. as soon as he hit the door bar he heard somebody yell. he blasted out the door into the alley and took off to the right. he pounded down to the street and turned left just as he heard the door open and feet spill into the alley. he ducked into a bush and listened intently. it didn't sound like anybody was following him, but he could now hear multiple gunshots across town, and the occasional staccato of a machine gun.

He had heard about looters and gangs that had ran wild, but this was a small town. Why are they out here?

He crouched in the bush for a few minutes before creeping out into the backyard he sneaked along the fence line while trying to listen for anybody else that might cause trouble. the gunfire slowed down by the time he reached the edge of town. Either everybody is dead, or they are sitting at gunpoint.

At the edge of town he glanced around before making a dash across the road and into the canal he intended to follow. The canal was dry with only the occasional puddle to slow him down.

When Allen thought he had traveled long enough, he climbed the bank and poked his head over the edge.

Shit, I went too far. allen retreated a few hundred yards, and climbed the bank towards the airport. he was halfway to the terminal when he saw a toyota pickup pull onto the road to the airport. Allen come to an abrupt stop, and cursing under his breath, began to head to the Queen Air.

Allen laid on the ground and untied the ropes tied to the wings first. then scuttled around the plane, opened the door, climbed in and gently closed the door.  dropped his bag, moved to the front of the Queen Air and looked out the windshield. the Toyota pulled up to the terminal and two men got out, one carrying what looked like an AK-47.

Allen went through as much of the startup checklist as he could have without starting the plane. when he looked up the two men were making their way towards the ramp. damned looters, I'm going to have to go for it or they will find me.

Allen reached down and turned on both magnetos on both engines, released the parking brake, and started the left engine.

The empty plane began to rocket forward, all 760 horsepower cranking the two three-bladed Herzel propellers that were clawing at the air. the empty queen accelerated rapidly, the tires thumping over the seams in the concrete. It was airborne what felt like instantly. Allen flew the plane in ground effect to gain extra speed before pulling back on the yoke to start climbing away from the men behind him now.

The passenger windshield began developing bullet holes just as rapidly as the dash was. There was a sharp sting and Allen's right hand fell from the throttle. Allen tried to move his hand but couldn't get it up far enough to grab the throttles again. he glanced down and there wasn't any kind of an exit wound from a bullet, but looking at the back of his shoulder showed that he was hit.

there not shooting anymore, I must be too far away. Allen gingerly lifted his arm until he could place it in his lap, and leveled the Queen Air. he released the yoke and reached to the throttles and adjusted the the power and propeller RPM so the engines didn't burn up, then reached across and flipped the landing gear lever up to keep the nose from pitching up.

After the Queen Air was flying more or less level Allen gently stood up in the cramped cockpit and shuffled into the co-pilots seat so he could better use his left hand on the throttles. He had gained a lot of time flying in the right seat, but it never felt quite as natural. Now my life depends on it.

Allen reached back and touched behind his right shoulder, pain exploded from where the bullet entered. he was losing blood at an alarming rate and he knew he wouldn't last long. Allen began to scan the ground to look for a landing spot that wouldn't trash the airplane. He saw another small town ahead and almost turned the plane away until the nausea began to hit him. I'm going to need to land close to people, and pray that they can save my sorry ass.

Allen flew once over the town and was able to sea a few people out in their yards, apparently the looters have not reached them yet. he knew he couldn't land on a road because even before everything in the world fell apart, landing on a road was a bad idea. there was cars of course, or at least there used to be, but the real danger was fences and telephone poles. there was a long, somewhat narrow pasture on the west side of town, he flew the queen out a couple miles in a half intentional left hand pattern. he let go of the yoke and reached over to pull the throttles back. the queens nose dropped and Allen nearly passed out from the sudden movement. The queen air hit a small patch of turbulence that made Allen scream from the pain of his right arm bouncing around, a bead of sweat dripped into his eye as Allen put everything he had into keeping the wings level, aiming for just over a small fence on the edge of the pasture.

Allen's eyes snapped back open. Did I fall asleep? How much blood did I lose?

Allen was getting dizzy. He was blinking repeatedly to try and keep his head straight.

Allen saw the overgrown willow trees at the same time that he realized that the landing gear was still up. he pulled back on the yoke, his judgement slipping as he faded in and  out of consciousness.

Allen felt the left wing drop as the plane stalled.

the queen lurched and yawed violently as the left wing dragged on the ground, as it did the right wing lost all of the lift it had and the plane slammed into the ground, the plane buckled from the force and Allen was thrown against the ceiling of the cockpit. The right wing made contact with one of the willow trees and the plane begin to spin to the right, still bouncing across the ground. the right engine had been ripped off the plane, the left engine was now running at full throttle, what was left of the propeller chewing up the ground and bushes. The plane was now skidding on the ground, the aluminum hull giving into the earth before finally skidding to a stop.

Then the world went black.