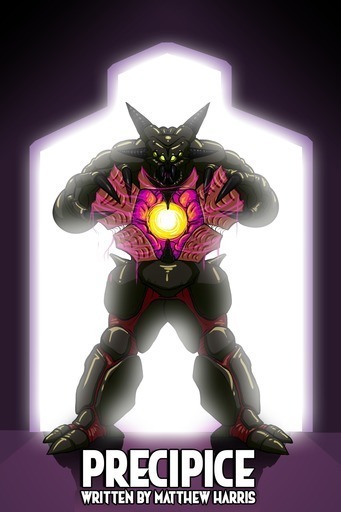 Entire star systems don't just disappear. Until now. What has the force to wipe out an entire mining system, and how do two kids have anything to do with it? These are the questions MTec has sent Kasra Ionis and her crew to uncover, but will they make it back to MTec space alive?

"So, what is it then?" The portly man asked, one hand scratching the back of is head.

"How am I meant to know? Just found it out in the cluster. Popped right out of a deposit, didn't look like any normal rock so I scooped it with the Cargo Vac and brought it in for a closer look," the skinny one said,  his foot tapped out an irregular pattern on the ground.

"What then? You brought it on board and your power systems just went into an immediate regenerative loop?" The portly one asked.

"That's the long and short of it, yeah. Systems detected a momentary drain, then shut down, before looping back into a charge cycle." The skinny one surmised. "I was out there for days, you know. Only had backup power running life support and food systems, I thought I was a goner. I should get some form of compensation."

"Compensation, yeah," The portly one hummed.

It stretched out a little over eight feet, though both men could feel the presence that radiated out from it. The closer you got to it the colder the air around it was, as if it were sucking the very heat out of the surrounding air, defying the life support systems of the base to bring the temperature down.

They had placed the object, a pure black oval that stretched to around 8 feet, onto an old cargo dolly with a set of gravity clamps. The dolly had shuddered for a moment, its anti-grav engines whining dangerously, but seemed to hold out under the strain of whatever the object was. The dolly should have been able to carry well in excess of a thousand tons, it was used to transport large blocks of Iridium. For the dolly to have struggled with such a small object it would have had to be impossibly dense.

“Well, no idea what this thing is,” the portly man shrugged, “Above our paygrade, either way, shove it into the vault and ping MTec, they’ll send a proper rep who deals with this sort of,” he gestured at the oval, “thing.”

“But what about my compensation?” The skinny man whined, “I risked my neck dragging this thing into my hold, surely that’s worth something?”

“Oh yeah,” the portly one snorted, “Because MTec really cares about some mining dreg out here in the gamma clusters.”

The skinny man didn’t respond to that. There was no reason to, he was right after all. Mtec cared about profits and product above all else, and it was unlikely that a nondescript piece of space rubble fit either of those categories. He cursed under his breath, punched a few commands into the dolly’s console, and gave a sigh of relief as it drifted away toward the storage vaults. There was something about the oval, something he couldn’t quite put his finger on. The chill that accompanied it felt wrong, unnatural. In all of humanities voyages through the stars, the species had never encountered something truly alien and intelligent. But that oval? If you asked the skinny man he would be hard-pressed to say that there was no intelligence within it. He felt like it was peering back out at him, analysing him. He was glad to be rid of it, compensation or not.

The oval sat in storage for years. Mtec didn’t care about an unregistered find in the outer reaches of the galactic spiral. They never sent any authorities to look at the Oval, and as time passed the report got buried under many others. The base grew. When the Oval had been found, humanity had only just begun in that star system, a small little base perched on an asteroid spinning around an M Class star. A century later that small base had become a thriving space station, built out of the asteroid itself.

While the star system was out in the far reaches of the galaxy, it was rich in rare elements and metals. The sort that Mtec needed to build bigger, faster and more powerful ships. The asteroid was hollowed out, its guts removed and replaced with big engines and storage yards. It was one of the first full conversions from giant space rock to giant space station, and it thrived.

“Sol, come back,” a little girl yelled, bolting out of the rickety elevator into the storage yards, hot on the heels of an equally little boy. “We’re not meant to be down here, Dad is going to kill us if he finds out!”

“Oh come on Luna, don’t be such a little chicken,” The boy, Sol, shot back over his shoulder. “Have a bit of fun for once!”

His voice echoed through the vast hall as he darted around a corner and out of Lunas’ view, she did her best to keep up, but he had always been faster than her. It hadn’t been her idea to come down into the storage facilities. Sol had just done what he’d always done, run off and tried to get himself into trouble. In a way she couldn’t blame him, it wasn’t exactly fun living on an MTec space station, it was all school lessons and blowout drills with no time for fun. Space stations weren’t places for fun, their Dad had said, they were places to make the biggest profit you could. There was no profit in running around a dusty old storage yard, that was for sure.

Luna careened around another corner in pursuit of her twin brother and crashed right into his back. Sol barely budged. He was standing, transfixed, his eyes trained on a weird object on one of the shelving units.

It was an oval, around 8 feet long, and it pulsed with a strange energy. Luna couldn’t understand why, but something inside her wanted to reach out and touch it, as if the oval object was pulling her in. Without realising it her hand had started to drift outward, he fingers splayed and reaching out. But before she could get close her brothers hand whipped out and grabbed her arm, holding it in place.

“What are you doing, Luna?” Sol gasped, his face ashen and teeth chattering. “It’s so… wrong.”

“Oh come on Sol, don’t be such a little chicken,” Luna sneered, parroting her brother’s words back at him. She stuck her tongue out at the boy and slapped the palm of her other hand straight down onto the oval. “See, literally nothing happened!”

Luna’s statement was incorrect. Her hand had sunk slightly into the oval, the black material of its surface lapping upward across her skin like liquid. She tried to pull away but her hand was stuck fast. Before she could even begin to cry out at her brother or push him away, the oval began to vibrate with a high pitched buzz. Then it wasn’t an oval anymore. It was a slithering mass of congealed black fluid, slopping its way up Luna’s arm and across her body in mere moments. It rushed over Sol’s hand too, drawing him toward his sister as it gobbled them both up. Then the oval reformed, and clattered down onto the ground of the asteroid base, the two children nowhere to be seen.

As the reformed oval clattered to the ground, the surface was changed. Two readouts pinged across its surface, spiking and dipping just slightly out of synch with one another in an orange glow. This was the first time the oval had touched the surface of the base since it had been captured from the depths of the system, and it was hungry. Hungry for power. So it drank greedily and absorbed every last dreg of power from the station’s fission core, a power source that should have lasted beyond the death of the system’s star.

A sickly green light began to spread across the rim of the oval, and as it sucked the very last drop of power from the station it gave off a satisfied ping. The green light around the rim of the oval grew in intensity, bathing the entire storage yard in its glow. The shockwave erupted from the forgotten artefact with such force and speed that those in the base had no idea what was happening. The wave of power shredded everything in its path, vaporizing the entire asteroid, and everything on it. A base of three million wiped out in an instant.

But the shockwave wasn’t finished. It travelled outward and shattered every asteroid in its path, ripped its way through the shipyards, and extinguished every remaining shuttle in the area. Then it ploughed through the M Class star itself. If there had been anyone left in the system to see it they would have claimed that, for a brief moment, the star had been cut completely in half… and then it was gone like a candle blown out by a gust of wind in the night.

The destruction of the star system wasn’t violent. There weren’t great shards of debris or destructive gouts of flame from wrecked machinery and stellar remnants. One moment it was all there, spinning through the cosmos, and the next it was as if nothing had remained of the system at all. Nothing except a solitary, pitch-black oval floating out in the inky black of what was now interstellar space, two orange readouts spiking and dipping just slightly out of synch with one another.

In the depths of the Mojave, a Hell Gate was opened. Ever since Demons have flooded into the world, bonding with human partners. With these demonic entities come new threats, and so a new branch of the police force was developed. The Devils hunt down any human who misuses their Demon's abilities. They are judge, jury and executioner... and Justice will be served. 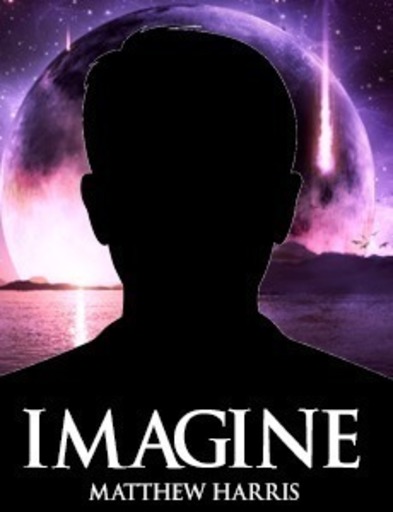 The imagination is said to be the most powerful thing on the planet. For Drake Jones this could not be truer. Running from a past that haunts him at every step Drake Jones invents people and worlds to hide himself away from the truth, eventually forgetting what is real and what is just imagination. When his world falls apart how far can Drake Jones run? 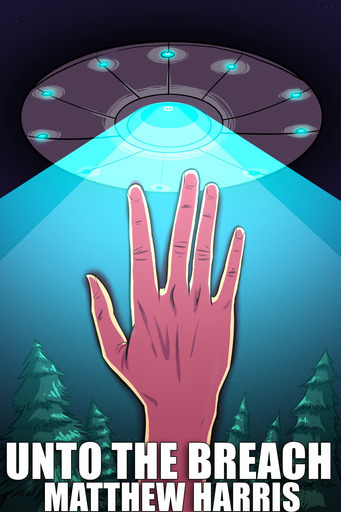 Clyde Lyre lived a normal life. That was until he was hit by a van and sent careening into the afterlife. Now he lives in a world of Science Fiction wonder, but not all is at it seems. Corruption is rife, and Clyde might be his new universe's only hope.