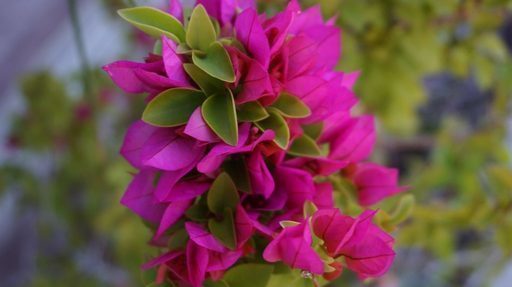 Benedict's world vanished into darkness leaving only the kitchen sink, Alice's coffee cup, and terror. His house seemed to float above the dark and he felt like soon he would be erased. Can he repaint his world and bring back the flowers? A modern-day parable of Plato's Cave.

30 Reads
1 Favorite
Get the App

Merrily and cheerfully, Benedict woke from his night's sleep and rolled over to silence the alarm. The time a precise 6 o'clock. The window blind remained down, and no light streamed from underneath. The dark winter night refused to let any light in. Benedict rolled under the comforter and went about waking Alice.

He softly patted her ears with his nose and kissed her cheek. She stirred slowly and smiled.

"Another lovely morning dear," she cooed.

"As good as the last," Benedict said.

He reached underneath and tickled the soft skin under her knee. She laughed and pushed him away. She looked up at his scrabble of beard and placed a hand on his chin.

"I think you should run to the shower," she said.

He tried to grab her knee again, but she was too quick and jumped out of bed. She turned on the hot water, slammed the shower door, and ran to the toilet. He stood outside waiting his turn. Done, she squirmed past and avoided a kiss. He laughed and went in after her. Quickly, both were naked with the hot water swirling past their bodies.

Benedict picked up the loofah and soap. He started lathering up the suds and soon was bathing her shapely breasts. She was perfect. Smart, a great figure, and sweet. He had hit the jackpot. With the soap covering her wet chest, Benedict reached down and attempted to kiss her breast.

"Not today. We're late for work," Alice said. The clock on her dresser let her know 19 minutes were gone. "We have got to go."

She rinsed the rest of the soap and turned off the water leaving Benedict without a shave.

Alice turned on the water again as she bounced out. The shower door slammed, and she left him to finish his face.

Benedict parted his hair and reached for his pressed, white, dress shirt. He then put on his navy khakis. He pulled an errant hair in place and stood before the mirror. He presented himself as a successful young career man. He smiled back at the picture of himself.

Alice dabbed atop an eye and sat at the mirror half ready. She still needed to find her dress. Benedict's digital watch plainly showed 10 more minutes gone. Both had a minute to leave. Not going to happen, thought Benedict.

"Not too much creamer," she said. He walked toward the kitchen down the unlighted hall. Benedict shivered at the cold, notched up the heat two degrees, and went straight to the coffee maker. It was still a bit too dark. The sun would soon rise along with another day of deals and phone calls.

He slipped the coffee pod in the maker, checked the water, and waited. A slow drip of coffee started towards his cup. He tapped the counter, rubbed his nose, and tapped again. Soon the maker lets out an exhausted sigh as two errant drops filled the cup. Benedict topped it off with creamer and pulled the cup to his lips.

He looked down at the creamy coffee. Simply a sip. As he brought the cup down to his chest, he stared out the window. The returning darkness appeared too dark. Benedict dropped the cup into the sink, and the ceramic handle broke off at the bottom. Benedict leaned into the window.

Alice ran into the kitchen alarmed.

"I dropped your cup," Benedict said. He looked around the side of the window and stared off into the dark. Alice drank in the smell of the spilled coffee. She reached into the sink and pulled out the broken cup.

"Mother bought me this," she said. Alice looked up at Benedict and followed his gaze out the window. Alice dropped the broken cup into the sink.

"Nothing but black." Alice shouted.

Benedict turned to her scrunched face. Terror filled her eyes. He looked back at the nothingness, and a wash of terror shook him.

He ran out the pantry, through the garage door, and flipped the automatic door switch. Darting to the door, he waited for it to open.

As the door moved up its rails, pure darkness filled the garage. He could barely see the tail end of his red sedan. Garden rakes and hoes lined up near the door, and his rack of junk lined the other side. Outside the garage, deep blackness replaced the missing driveway. He reached out over the edge of the door and looked down. The house seemed to float above the dark. He looked around the edge of the door to the front of the house. From every corner, nothing remained of the plants, the trees, or the road.

Benedict jumped back feeling nauseous and dizzy. He turned back to look at Alice. She looked dead, and he gasped.

Alice ran to Benedict and grabbed his waist. He felt off-balance as she reached out into the blackness. It felt cool and dry to the touch. No light came from the sun or the sky. Alice shuddered and held Benedict tighter.

Back by the sink, Alice gathered up the bits of cup while Benedict stared out the window. The dark took over filling his mind with dread. It penetrated his mind until his memory lacked definition. Everything seemed a blur. Alice dropped the broken cup into the garbage compactor and it thumped into the bottom of the can. Benedict continued to stare. The outside of the window never seemed important to him. Now he yearned to fill in the blank.

He closed his eyes and waited. He concentrated on his memory outside the window.

"A bougainvillea vine with tiny pink flowers stood off in the distance. The wind would make its limbs float and the flowers bounced up from the ground," he said. "Sometimes a ruby-throated hummingbird would jump in the flowers. She hovered and darted back and forth." Alice smiled at the memory.

Benedict clinched his eyes and thought about the bird. He could almost see it bouncing flower-to-flower; its wings drawing a whirlwind of color. He liked the memory too.

Benedict thought more about the shape of the leaves and the color of the flowers. Each petal was a soft angel of pink and white. The leaves were thin and pointed; slightly narrow at the ends and light green. He told Alice about the leaves. She could almost see them framing the flowers. He moved on.

"At the front of the window, yellow and pink roses grew in the spring. And once I saw a huge grasshopper, yellow and brown, sitting next to one of the flowers. It sat on a leaf and didn't mind my stare," he said.

"Tell more about the roses," she said.

"I know they were huge," he said. "Big enough to fall apart in the wind. And each petal was tipped in white."

He strained to paint the roses as the color swirled in his memory. He clinched his eyes tighter as if that would help him see better.

"The flowers grew in clusters of three and their colors blended together from white at the tip to deep pink at the bottoms," he said. Alice started to see them too.

He opened his eyes and looked out at the dark. Ghosts of the pink tree and the roses began to fade. He tried to imagine them with his eyes open. The narrow green leaves held up the pink flowers. Slowly, he started to see more color through the tree. Its leaves bouncing in the wind. The ghostly image started to brighten and he could see the entire shape of the tree. In the dark, a small tree filled the space.

"Tell me about the roses again," he quickly said to Alice. She looked at his face. He seemed to be getting back some color.

"They were yellow and pink, growing in clusters, and you once saw a grasshopper staring back," she repeated.

His gaze seemed distant, and Alice wondered what he was imaging. All she saw was a milky black outside the window. Clearly, Benedict pictured their world in his mind.

Suddenly, the outline of a tree and clusters of roses filled the window. Alice jumped back. Color filled the right corner of the dark. She thought about mountains in the distance. They began to fill in the top of the window.

Benedict looked over at Alice and smiled.

"Did you remember the mountains?" he said.

She nodded and looked back at the scene. She thought about a fountain and birds jumping in the water. The dark green of the water reflected light and glinted off the window.

"I remember," she said. "Over there, a bougainvillea vine grew up on a trellis." The left corner of the dark window began to fill with red flowers.

Color replaced the milky black, and the entire window reached out with depth into the distance.

Benedict and Alice looked out the window and marveled at the colors and the objects in the garden. It was as they remembered it.

"Let's go work on the rest of the outside," said Benedict. He grabbed Alice's hand and pulled her to the living room window.

In a dark room illuminated only by a computer screen, Charles nibbled on a pretzel stick and typed a line of code. He reached for another pretzel as Todd walked in looking like he needed a shower. His oily hair lined up in a string over the bald patch above his forehead.

"Hackers managed to scrub the background leaving just a few buildings," said Charles. "I shut down the servers and am slowly bringing them back up."

"Did we get the algorithm back?" Todd asked.

"Not yet," Charles said. "But over here something weird is happening." He pointed to a small house inside the computer screen.

"The program seems to be healing itself," Charles said. "Without the background simulation algorithm? That makes no sense," Todd said.

"I know. But look out this window," he said. "The plants are there and over here by this window the background elements are also filling in."

"It has to be the cache," Todd said. "These games don't just pop up out of nowhere. They need someone to see the code and make the pictures. Now, bring it back up. I want to go home."

Charles dropped in a new line of code. He brought up the first server and reached for a second pretzel. He looked at the small building in the simulation.

"I will debug that glitch later," he thought, clearing the cache. He returned to his task of rebuilding the simulation with light, color, and depth. In an hour, Charles stuffed another pretzel in his mouth. On the screen, the colors of the simulated world returned, and the game was back online.