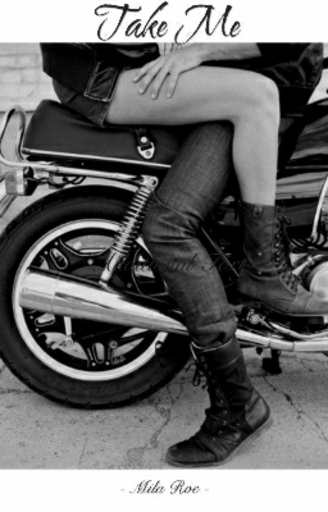 Kayla Logan let out a sigh of relief the moment her front door closed behind her. Reflexively she kicked off her heels and dropped her purse beside the table, collapsing on her couch with a gentle thud. Thank baby Jesus it was Friday. It had been a long week for Kayla. In fact, last week had been long too and so had the week before that. For nine months straight Kayla had done nothing but eat, sleep, and breathe work. She hadn’t seen her friends or been on a date for longer than she cared to admit. The truth was, it was starting to get to her and she really needed to blow off some steam. Still, it was the end of the week and as much as she wanted to call up her old college friends and go wild she was too drained to even lift herself from the couch. Without fighting it she gave in to her exhaustion and decided to change into her comfy PJ’s. Bingeing on junk TV to her heart’s desire would be an acceptable plan B.

She managed to get up and make her way to the bedroom to find something cool to wear while tying up her long brunette hair. It was June and right in the middle of the first heat wave of the year. She had left her window open overlooking the apartment building’s parking lot. From outside she heard the familiar sound that always managed to put a lump in her throat. The roar of a familiar motorcycle, of his motorcycle. As quietly as she could she made her way to the window and did her best to peer out without being seen.

There he was. Will Donovan, Kayla’s next door neighbor and the single sexist creature Kayla had ever known. He sat there, straddling his slick black motorbike, his broad shoulders covered in a dark leather coat. His helmet glistened under the streetlights as he pulled it off, revealing his olive skin, dark curly hair, and steel blue eyes.

“You could cut rope on his jawline.” Kayla’s friend Liz had said one night while visiting when she was lucky enough to catch a glimpse of him. He had stopped her in her tracks, her eyes glued to his tall muscular form. “I just want him to throw me over his shoulder and take me away.”

Kayla had nodded in agreement “Back off, I saw him first.”

She sighed as he walked through the parking lot and disappeared into the building. She changed absentmindedly into a light pair of shorts and a tank top then made her way back into the living room. After a few moments she heard his familiar footsteps, his keys jingle, and the sounds of him entering his apartment. That’s where it always ended for Kayla. Whatever he got up to in there he had a way of hiding it because she never heard a peep. One thing she did know about him was that he was a private man.

She wondered what it would be like to live with a man like Will Donovan. Does he come home from a long day dying to blow off steam, too? Maybe they’d both get home and have a few drinks. Then before she knew it he’d be undressing her in the living room. She would relish the feeling of his large hands wrapped around her waist, pressing her against the wall as he kissed her. She felt her body fill with a familiar warm glow at the thought of it. She imagined the smell of him filling her head as his lips grazed her neck, pressing himself against her in desire. She shivered. Her fingertips instinctively ran over her bare skin, savoring the goosebumps as she let out a soft whimper. Her face flushed as she imagined running her hands up his muscular arms, across his broad chest, down his rippled abdomen and over his hard throbbing cock. She felt herself getting wet. She couldn’t resist letting her fingers wander between her legs so she could softly pet her lips through her moist panties. She felt a surge move through her body as she added pressure to her pussy, pausing occasionally to finger her clit. As she did her moans began to get louder. She had soaked through her panties and now her fingers were glistening. “You’ve got me so wet, Will.” she said to herself.

She leaned her head back as she imagined his strong arms turning her against the wall, pressing her body roughly as his hands made their way up her legs and onto her round plump ass. In her head, Will tells her spread herself for him. She does so with trembling fingers as he teases her, rubbing the head of his cock against her warm, wet, dripping slit. Another long soft moan left her throat. “Oh, God.”

She knew what he was like under his clothes. She’d seen his body at the apartment’s pool on hot summer days. He had a swimmer’s body, long lean muscle with broad shoulders. Now she imagined those muscles, tense with anticipation, shimmering with sweat as they use each other’s bodies to simultaneously attain bliss.

She imagined the moment when he couldn’t tease any longer, overcome with the need to take her, to make her his. Kayla arched her back as she imagined the look on his face, his eyes locked onto hers, as he finally entered her. His long thick shaft filling her and rhythmically setting off ripples of pleasure with each deliberate thrust.

Then her mind went blank. The only thing she could do was feel the waves of warm gratification rolling over her body. Her body tingled as she took several deep breaths, savoring her current state. She felt like she was floating. A small smile still on her face as she thought about laying in his arms, post fuck. His warm body against hers, his steady breathing…

A sharp ring from her phone broke her dreaming. “Ugh.” She muttered as she reached over the table to grab her phone. But for some reason it wasn’t lighting up or giving her the option to accept a call. The ringing continued and it was evident that it wasn’t coming from Kayla’s phone.

“What the fuck?” she asked frantically looking around.

She stood up and followed the sound as it grew louder until it led her to the patio door. She had left it open because of the heat, something she didn’t normally do.

Suddenly, there was a button pressed and a deep, “Hello?”

She froze. She could feel him on the other side of the wall, just where she was standing. She realized that in the few months she’d lived there she had never kept the patio door open before, with his open too there wasn’t a shred of privacy.

There was a pause as Joe spoke. Kayla couldn’t take a breath. She stood there, unmoving, unable to think.

“No that’s fine, I’m not busy. I’m just,” his voice trailed off for a second, almost sounding like held back a laugh. After a moment he said with a cool straight tone, “I’m just getting to know a neighbor.”

Kayla’s face grew hot. There’s no pretending he didn’t hear what she had just done. She wanted to scream but was afraid to make another sound. Instead she lowered herself onto her knees and hugged them tightly. “Dear God….dear God….dear God….” was all she could think.

Kayla waited as she heard the call end and his footsteps move around his apartment. The sound came through so clearly he might as well have been walking through her living room. She listened as he opened his front door, waiting for the sound of his footsteps to fade so she could finally scream. Instead of taking a right toward the elevator she heard him take a left and plant himself in front of her door. She held her breath as the sound of his weight gently shifting made the floorboards creak.

“Don’t knock. Do not even think about knocking.” she begged in her head.

Then he turned and walked away.

“What the FUCK?!” she let out. She was about to continue cursing when she noticed it. A small corner of paper sticking out from under her doorway.

She picked up the card, his name printed neatly on one side. She flipped it and read his written words:

Very nice to meet you. 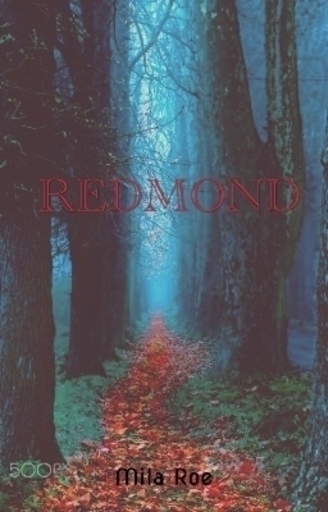 A young woman must survive the obsessed killer who claimed her best friend years ago.