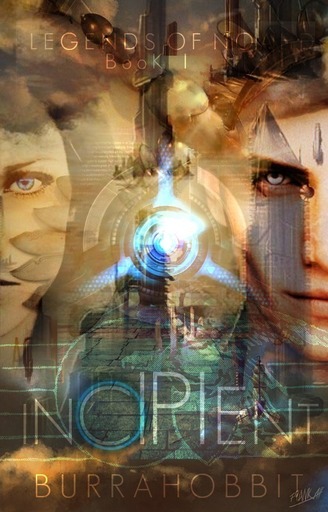 The general is a madman. The infiltrator is changing sides. The piece is unwillingly making her plays. The Messenger is reaching out. The Gatekeeper is unreachable. The game players are at work. The Aura is seeping through the very soil of Noahd, turning pure hearts of men to ashes. Those already overcome with the infecting evil, the Khelek, have formed an empire deep in the wilderness of the Hillands and are expanding, working to reach the Aura of the Darkmen to all and causing the world to fall into an irreversible, endless darkness. For hundreds of years, the Gate Cities have been safe havens for those scrambling for an escape from...

50 Reads
0 Favorites
Get the App

From the black holes in wicked hearts, we emerged into the hideous light-filled world; and we hated it.

They called it Noahd. They called it the Realm of Peace. They named their hideous children after things of this miserably futile land of dirt and sky. They built themselves up like the ants they crushed under their heavy, plodding feet.

We watched from our shadows. Watched them grow with one another, and fall to the power of others. We taught them. little by little as we were able. They learned envy, practiced thievery.

And still they resisted.

Their existence seemed so pointless. Their light so consuming. It drained us. Their smiles gradually became plastic and fake to act as masks to hide our hold inside them.

We loathed the people of the light, who tried to drown us, burn us, kill us, hide us until we were extingished. Many of us were falling. Soon we would be no more.

And so we sought to change them. Light did nothing for them; and as our hand grew stronger in our efforts to win out, it came to be that there was more evil than good, and the majority took power. We sent forth our Aura to make a path for us to enter new hearts that had once been as light as the sun.

We would be better rulers.

We would rule the people of the light.

He had lost.
He forced himself to acknowledge it, and with the last crushing pain of leaving the world came a smile. A knowing smile.
He had lost.
She had not.
They had not caught her. She could still win.
He looked his tormenters in the eyes.  The water below was likely not water at all, and yet they rowed on; gently, silently. His arrival meant nothing to them.
Their formless faces wagged in noiseless laughter at him, but he endured.
She would win.
All the Darkmen could never be beaten, but the game could be won, and she was the one to do it. He trusted in her; the little girl that had given so much for so many who would never know her.

How much time had passed by now? No doubt weeks. Months or years perhaps. Time didn't pass for the dead as it did for the living. He mused about this for some time.
The sniggering of the dark beings prodding them endlessly on through the silky clear river grew louder suddenly and he looked at them. Their orb eyes watched over his shoulder and he turned to take in what they saw.
Another boat. Another craft of the despicable shadowy figures that carried yet another victim of life's unfair course.
Their arms held her.
Her face was white still from the illness that had wrenched life from her still young frame. Her breath as gone as his.
And he knew the world was lost.