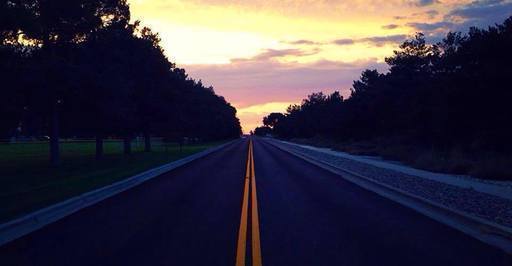 When Iris starts at Phoenix High, everyone already knows the flow. It's not until Roddie shows up that she begins to feel maybe she can survive the unforgiving stares from the eyes of her peers.

Let me just say, this is not my story of how I went into high school all geeky and nerdy and somehow landed the star quarterback and then got super sexy by senior year and then got asked out to prom and got voted prom queen. No.

You see, all love starts somewhere. Some, later than others.
And all love ends somewhere.

Some, sooner than others.

The beginning of my freshman year, I realized high school was nothing like the movies. There were no cliques, really. The cheerleaders didn't all hang out at one table, and the goths didn't all hang out at the other. Everybody just kind of hated everybody, and everybody talked shit about everybody. Preps smoked pot behind closed doors and jocks hooked up with punks. Phoenix High was one big, fat lie, and everybody knew it.

Everyone, that is, except me.

Apparently, even when your school doesn't fit into the cultural norm, you're still expected to, and by that I mean you're still going to be looked down upon for being yourself. And I never got the memo that Phoenix was supposed to be one big joke. If you wore thick, black glasses and flare jeans and had a negative A cup chest, you were still expected to suck dick and make sure the whole school knew. It was a huge, sick joke that everybody knew the punch line to except you.

My mother, a Phoenix High alumni and prom queen in '72, was no help. "Just suck someone's dick," she said. "Just one, and then everyone will shut the fuck up." Then she'd huff on a cigarette and say she was joking and take her smoking outside; I think she was only half sincere.

Anyway, two weeks into my freshman year, I could already tell that I wasn't going to fit in. While Phoenix wasn't your average type of cliquey, it still had groups that I knew I would never get along with. I sat down at the start of first period (English) and caught a glance to my left; a girl with black hair teased to high heaven and thick, black liner around her eyes, sat with another girl, with blonde hair, wearing a floral tube top and shorts; giggling and whispering and throwing me obnoxious glances here and there. Jesus, I thought. Haven't even said one word to them and they're already talking shit.

Ms. Mathers, a tall, olive skinned beauty, was writing our assignment on the white board as the bell rang and last minute stragglers hustled in. "Alright, class, settle down," she said. She leaned against a clean place on the white board. "Since it's still the beginning of the year and everyone is still getting used to it here, I figured we'd go with an easy assignment: creative writing."

There were small groans throughout the room.

"Oh, shut up. You guys can do it." She grinned. "I want you to write a poem; a poem that describes you, your feelings, your wants, dreams, all that fun stuff. It will be due by the end of the period on Thursday."

I smiled; writing had always been a strong point of mine. I loved delving into the unseen world, that we all keep locked away in our souls. I immediately took out a clean notebook and an ink pen, and began my poem.

"You're seriously starting already?" whispered the girl with black hair.

"Do you even have a life?" she sneered; the blonde girl snickered.

"Do you ever shut the fuck up?" I responded.

She narrowed her eyes. "How about I kick your ass, you little bitch?"

"Leave her the hell alone," came a low voice from behind me. I turned around to see my "savior", or whatever you'd call him, and I felt my breath catch in my throat.

He was tall, and since we were only freshmen, he still had some growing to do. He had piercing blue eyes and fiery red hair against an ivory complexion, and his face was young, yet ageless. I stumbled to find a response to him.

"Stay out of this, Roddie," the girl with the black hair said.

"Bullshit, I'm not gonna stay out of this," he retorted. "What did she do to you?"

"The bitch threw a fucking attitude-"

"And you didn't?" He sat up and leaned his folded arms on his desk. "She started working on her homework early, and you have the gall to make her feel like crap because of it? She likes to get shit done. She'll go far in life with that mindset. I suggest you get out your own notebook and take some goddamn notes on how you can aspire to even come close to that, Taylor." He averted his gaze to me. "You can sit by me anytime," he said with a smile.

"Um." I looked down nervously. "Thanks. And thanks."

"Might as well let her suck your dick, too," Taylor muttered.

Roddie shot her a glare, and she quickly zipped the lip and turned around.

I turned back to my poem, and suddenly, I no longer knew what to write.

I came into class the next day, and scanned the room for Roddie; he was in the far back, and the seat to his right was vacant. He looked up from his phone almost the same second that I found him, and he smiled and waved for me to join him, motioning towards the empty seat beside him.

"They won't bug you as long as I'm around," he said as I took my seat.

"Um... thank you," I said. I quickly took out my notebook and tried to focus on getting a little bit of my poem done (still nothing).

He laughed and shook his head, but didn't respond.

The bell rang and Ms. Mathers began the lesson. I tried to focus on the lesson but my heart, what the hell was it doing? It was thumping so loud I was sure he could hear it. My face was warm and I constantly had to push the glasses that were too big for my face back up the bridge of my nose.

Something tapped my ankle; I looked down to see a folded up piece of paper next to my foot, glancing at Roddie to see him leaning back in his chair with his arms folded and looking around innocently. I smirked.

I never got your name, the note said,

I smiled a small smile.

I leaned over and placed the note on his desk, making eye contact with him to insinuate that he was, in fact, not slick.

He grinned after reading my response, scribbled a reply, and then folded the note into an airplane, aiming it at me.

He threw it at me.

Have lunch with me?

Aaaaand, that's where it all started. 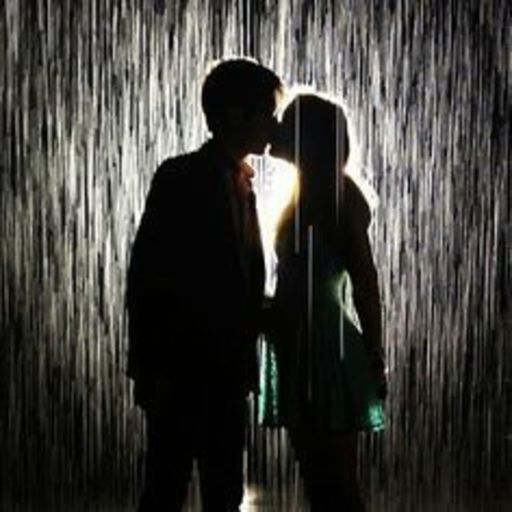 Misty doesn't know what it means to love, until loving someone is the only choice she has.