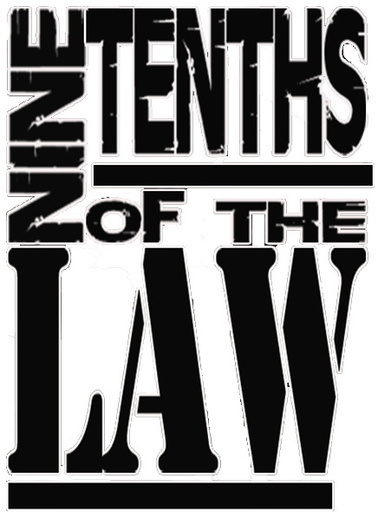 Nine Tens Of The Law

Damon the demon has messed up again. Seems not everyone is cut out to possess

23 Reads
0 Favorites
Get the App

"What do you mean it's all mine?" Jeff couldn't believe his ears. The mansion, the cars, the beautiful woman sunning herself by the pool. This was too good to be true. All he saw before him was a dream come true. Yesterday he had been out of work, homeless and his girlfriend had left him for a stockbroker. Now all this was his?

Damon smiled and said yes, it's all yours.

Seemed to Jeff that the Demon that had awakened him and this morning whispering in his ear that life was about to get even worse had been wrong. Seems Damon needed to iron out a few flaws in his technique! “So, this possession thing, had much luck with it in the past?”

“What do you mean?” Asked Damon.

“Well,” Jeff continued tentatively, seems as though I’m meant to be suffering and crying out for redemption somewhere along the line. Instead you say all this is mine and can’t be taken back?”

"Then I can only thank you and enjoy my new life. Seems like today didn’t get worse, it only got better!” exclaimed Jeff. “ I now possess all this, more than I could ever have wished for in my wildest dreams, and as for the lady over by the pool, well!  Wow!

“ I think this Possession thing isn't meant to work this way Damon, I think you were meant to possess me and make me suffer, but too late now, it’s all mine and you've admitted as such, so good day and leave me to enjoy!"

Damon's smile faultered. Ah. Jeff could have a point and he was right he couldn't take it back. He had possession of it now and rules were rules. Damn it! Every time something went wrong. What was wrong with him? Was he really so bad at this? Was he doomed to spend his days in a vat of fat being urinated on by the lowest of the lows? Seems after his latest cock up the answer was yes!

His Lordship was not going to be amused with him for sure. This would be strike three for him and everyone below knew what that meant.  The Vat and the piss and the lowest of the lows.

“Any chance of a do over? I know all this looks good and right now you can’t see a thing wrong with everything before you, but how about helping a demon out? You have no idea of what’s in store for me if I go back and have to explain this.”

“Damon, you seem like a good guy, a demon granted, but a good guy all the same but no way in he…. sorry no way on earth am I giving this crap up!” And can’t be expected to either. After all, possession is nine tenths of the law, as for the other tenth? Well, you can have that.”

Damon sighed, it looked like the Vat was going to be all his. Joy!