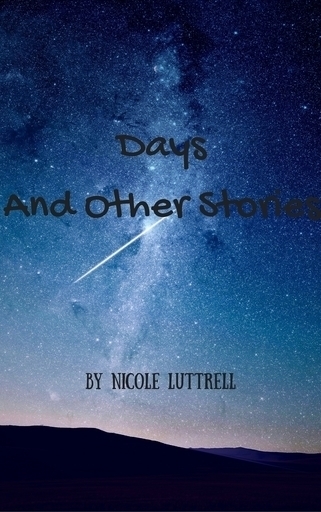 Days, And Other Stories

Seven pieces of short and flash fiction, showcasing the days of seven very different people. You will find a busy librarian, a lonely man with a guitar and a woman who finds a dream crashing in her brain.

It was warm out finally, and thank God for that, Marcey thought.  At 72, the cold was no fun.  But finally the winter chill had gone, the wet grass was dried by the late May sun, and she could take her work outside.  She packed up her knitting supplies, and took herself down to the park.

She bought herself a cup of coffee, and settled into her work.  She was making a little red sweater for a client who wanted something more personal for her nephew’s second birthday.  It made Marcey’s daughter laugh whenever they talked about her little ‘side hustle,’ as  they called it.  It wasn’t like she needed the money.  She wasn’t hurting like some her age.  She just liked to keep busy.

As she made her way to the chest of the sweater, a young couple walked past.  The woman was keeping up a constant stream of chatter.  The man, however, stopped in his tracks, and stared at Marcey.  Specifically, he stared at the sweater.  She was starting to wonder whether she should yell for the police, when the man burst into tears.

“Sorry,” the woman said to her, pulling the man away.  “I’m really sorry.”  She hurried away from Marcey as quickly as she could, still dragging the sobbing man along.

“What was all that?” Marcey muttered.  Since she knew she wasn’t likely to find out, she sipped her coffee, and made a mental note to tell her daughter about it later.

It was a warm day, but Jordan didn’t feel very warm.  There was never such a thing a good weather for a funeral, after all.

She’d put a lot into helping Paul plan it.  There was no one else around to do it, and hadn’t he always been her best friend?  So she pulled on her black dress, and went to his apartment to pick him up.

Paul was dressed when she got there.  Well, that’s a step in the right direction, she thought.  He even managed a smile for her when he came to the door.

“Let’s take a walk through the park, and go to the diner,” Jordan said.

Jordan felt triumphant as they started along the path.  They’d talked about nothing but the funeral for days, so she thought of anything she could to talk about now other than that.

“So that Rick guy called me again,” she said.  “Just out of the blue, like our last date went well or something.”

“No kidding,” Paul said, and actually managed a laugh.  “After spending half the date talking on his phone?”

They were coming up on a bench.  There was an old woman sitting there, drinking a coffee and knitting a red sweater.  When Paul saw her, he froze.  Then he started to sob.

The woman looked scared to death, which made absolute sense to Jordan.  Generally, people don’t start crying at the sight of art projects.  “Sorry,” she said, and started pulling Paul away, “I’m really sorry.”  She drug him down the path, trying to figure out what about that old woman had made Paul so upset.

If it had only been Maureen, Paul thought, maybe he could stand it a little better.  He dressed in the bedroom they had shared for three years, where her side of the bed still smelled a little like her.  He had loved her since the first day he met her, and when she died it broke his heart.  But if it had only been her, he supposed it would have healed.

Jordan was pulling up.  She’d been so great though all this, the only person he’d had to rely on.  He had put so much of this on her, even though he knew she must be hurting too.

So when she suggested a walk through the park and breakfast at the diner, he gave her a smile and said yes.

And at first, he really did feel better.  Listening to Jordan babble, walking with her in the sunlight, he felt warm for the first time since Maureen died.

Then he saw the woman, knitting a sweater with red yarn.

Maureen had laughed at him when he brought her that red yarn and a pair of knitting needles.  “I hope those are for decoration,” she’d said, “because I don’t knit.”

“Yeah, but you’re going to be a mommy now,” Paul had told her with a laugh.  “Everybody’s mother should knit.”

He couldn’t help it.  He started to weep.

If it had only been Maureen, he supposed he could have healed.  But knowing there would have been a baby, and now there never would be?  He didn’t believe he would never be warm again.

We gave out grants for this sort of thing, that’s what killed me. People called their scribbles art, and the congressman gave them grants.  It seemed to me that someone in congress might have better things to do with his money.
Apparently I was wrong, though, because I found myself waiting outside the office of Professor Crawford so that she could show me the work some of her students had brought forth in her class.
Crawford showed up ten minutes late.  She was dressed in jeans and a paint splattered t-shirt, grinning at me.
"You're Michelle, from the congressman's office?" she asked, reaching out a hand to shake.
"I am,” I said, trying not to wipe my hand clean on my slacks.
"Can' tell you how touched I am that the congressman wants to consider my students," Crawford said as she led me into her office, "with all of the great artists in this city."
She opened the door, and ushered me in.  There were three paint stained sheets covering bulky objects, amid a mess of books and paint supplies.
"This first one is superb," Crawford said, pulling one of the sheets off.  "Katie agonized over the brush strokes."
Katie should have agonized over something else.  Subject matter, for instance.  I looked upon a waste of canvas, nothing more than overlapping circles in red and black.
"No," I said, before she could gush anymore about brush strokes.  "I don't think this is what the congressman is looking to sponsor."
"Oh," Crawford said, “Here's Danny's.  I think you'll love what he did with recycled bikes."
The bikes would have been better off left in the landfill.  It was a skeletal giant, holding a pink doll bike in its hand.
"Doesn't it just speak to whimsy?" Crawford asked.
"What do you mean?" I asked, raising an eyebrow.
"Well, it's, whimsical."
"Let's see the last piece," I muttered.
"Sure," Crawford said.
As she hurried to pull down the last tarp, she said, "The congressman told me you minored in Art?"
"It's always been a hobby of mine," I said, which was a lie.  It had been a passion, a force that brightened every aspect of my life.  The thing I hated was my fellow art students, who had often come up with displays like the one under the last tarp.
It was a clay statue of a nude man, eating crackers.
When I'd criticized their work, I'd been laughed at, accused of jealousy.
"Well, this has been disappointing," I said.  "I am sorry to have wasted your time, but I don't think any of these pieces will do."
"Just like that?" Crawford asked.  "It doesn't seem like you considered them for very long."
"I think I've given them all the consideration they deserve," I said.
I headed back through the classroom, Crawford still sputtering after me.
Then a painting caught my eye.
It was an image of a child.  He was holding a paint brush, standing before a canvas.  There was paint on his cheek. He was grinning.
"This is good," I said.  "Did one of your students make this?”

“Yes,” Crawford said. “I didn’t think you’d like it, though. It’s very pedestrian.”

“That’s a bad thing?” I asked. That grin was so perfect. Just what you’d expect to see in a young artist who knew nothing more than the love of painting.

“I think the congressman would like to sponsor this one,” I said.

There was a line at the check out desk. Rosemary was there alone, and from what Morgan could see from the library office she looked near tears.

She sighed. She would have to finish her lunch at the counter, even though someone was sure to complain about the vinegar smell from her fries.

She reached the counter at the same time as Michael. “You can go back to your lunch, I was just coming to help,” he said.

“Three will be faster than two,” Morgan said. She gestured for the first patron, and started stamping their selections.

“You guys do seem really busy,” a woman on the other side of the counter said. “What's going on?”

“That and the school being closed,” Rosemary said.

The woman's face turned somber. She took her books, and left without saying goodbye.

“Could you maybe not bring that up?” Michael hissed. “It's not like an elementary school being bombed is something people want to be reminded of.”

They both glanced toward Morgan. She didn't have any kids, so she assumed their sympathetic looks were because she lived just a block from the school and could have been killed that day.

The next woman in line made all three of them fall silent. She had the dark skin that spoke of her Middle Eastern heritage. She wore a hijab over her hair, as did the older of the two girls with her. Morgan thought she must not be used to it, because she was tugging at the hem.

“Thank you,” the woman said, and led the girls away.

Rosemary leaned in to Morgan. “I don't know why the police haven't arrested her and her husband. The school's bombed a month after those Muslims move in? No one thinks that's a coincidence.”

Morgan's purse was in the alcove at her feet, full again of explosive putty. She nearly laughed out loud, but did her best to look somber. “The carpenter was there yesterday,” she said. “Hopefully we can get the building fixed soon, and start forgetting about this whole mess.” 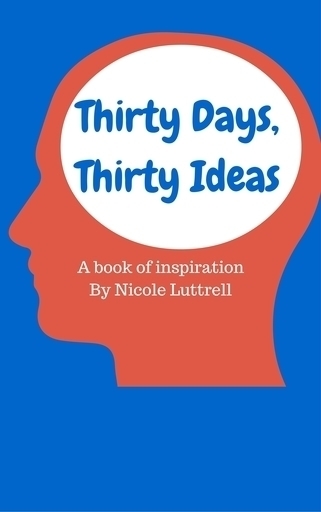 Where does writing start? With an idea, of course. But where do the ideas come from? That's where this book comes in.