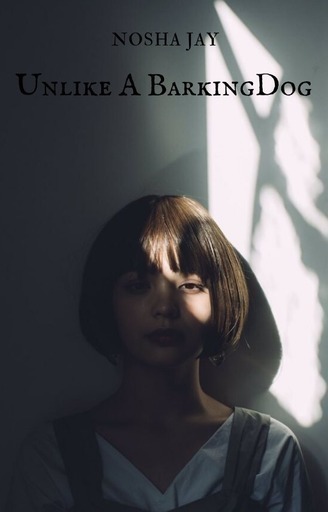 Unlike A Barking Dog

Sera Mercia was not one for words, since she was a young child her grandfather had thought her that instead of speaking to people and wasting her breath, it was best to show them what she meant and that way they would know to listen well.

It was late into the night, on the outskirts of a small town in California, the sound of a gun going off echoed through the house and a loud thump was heard as the body of a large man hit the floor. Sera stood near the body of the man as she let her dark eyes run over the man, she stooped down, leaning close as she pressed her gloved fingers against his fat neck to check for a pulse. When there was no signs of a pulse it was clear that the man was dead, but a grim look formed on Sera's face as she placed another bullet in his skull just to be sure, it was better to make sure.

Sera stood up and gave the body one last glanced before walking away, she walked through the house, going down a long hallway until she found a door the lead to the basement, pushing it open. The light was switched on as Sera made her way into the basement and headed down the flight of stairs to stop and look around the room. Her eyes roamed the room until the landed on an old file cabinet, she nodded to herself and walked over to it, as she walked over the safety for her gun was clicked on and she put it back in the holster on her hip.

Sera held the cabinet and pushed it to the side, her eyes ran the length of the wall, lading on a hatch, she leaned down and felt around the hatch, retrieving the knife from her waist and used it to open the hatch, when she looked in it she spotted what she had came for. It was two black suitcases and a silver metal box that had the carving of a rose on the front, Sera nodded and retrieved the cases and box from the hatch, put the cover for the hatch and the file cabinet back into the place. The smell of the basement faded from her nose as she left it and headed out of the basement closing the door in behind her, she walked back down the hall and through the back door of the house going to where her car was parked.

Sera opened the door placing the cases and box into the backseat of her car, closing in the door and heading back inside with a rope in her hand, her feet carried her down the hall and back into the living room where the body of the man still laid, cold and hard on the tarmac she had set up before she shot him. Her nose twitched as she leaned down and threw one end of the tarp over the man, getting on her tights covered knees she rolled the man over until he was wrapped tightly in the tarmac, securing it with the rope.

A breath left her as she stood up and heaved the body up with her, gripping the tarmac she dragged it from the room and down the hall only stopping when she reached back to her car, the trunk was flipped open and soon the body was shoved into it before the trunk was slammed shut. Sera walked back into the house switching off all the lights as she did, when she reached the living room she retrieved the black light from the pouch that hung on her leg, the light ran over the living room and when there was no sign of blood a sigh left her lips.

Sera looked around the room and when she spotted some candles she retrieved a lighter from the kitchen and lit all the candles she could find, her feet lead her back into the kitchen, Sera walked over to the stove and turned on the largest out let and left the kitchen. A minute later the front door was locked and Sera went out the back door locking it with the key, as she walked to the car, her foot swept across the ground to clear away the drag mark, getting in her car once it was gone, she drove off.

Three hours soon passed by and Sera got out of her car looking over the cliff she had parked by, she turned her nose up at the scent coming from it and walked to the back of her car, tossing the trunk open, her arms hurt as she pulled the body from the trunk and dragged it to the edge of the cliff, tossing it off. Her eyes glanced over the cliff once more before she got in her car and drove off, as she did the time slowly passed and for every hour she drove Sera removed a part from the gun that was used to make the hit and tossed it over the cliff, tossing the keys for the mans house on the last turn.

It was nearing morning when Sera pulled into an old abandoned junk yard, she parked the car and got out taking the suitcases and box with her, leaving the key for the car inside and headed up the stairs to the control room for the machine. Her hands skillfully moved as she lifted the car up and placed it into the crusher, hitting the button for the other machine she watched as the car was crushed and then left the room taking the things with her.

Sera walked out of the junkyard and walked for a half a mile before coming up on a gas station, she looked around and walked in the bathroom closing the door behind her, setting the cases and box near the sink she retrieved a bag from under it. The zip for the duffel bag was opened and a skirt, striped t shirt and white chucks were retried from it, Sera stood in front of the mirror and removed the green contacts she was wearing and the long black wig, followed by the clothes she had worn for the job and put them into the bag, after which she pulled on the new clothes and fixed her hair.

When she was finished Sera took the bag and shoved it out the window for the gas station bathroom, the two cases and box soon followed before Sera unlocked the door and pulled herself through the window, she picked everything up and jogged going into the woods. Sera walked for another hour only stopping when she came up on a camp ground, she looked around and found a fire pit, she dropped the bag with the clothes in it and set it on fire, waiting for it to burn to ash before she left.

Sera walked through the campsite until she found the group of cabins and went to hers that was on the outskirts of the camp, she climbed in through the back window and locked it back going to her bed. Sera got on her knees and pulled a suitcase from under her bed, it was opened and the two cases and the box was placed inside and covered with clothing, her hands moved quickly as the suitcases was zipped up, a lock was put in place and the suitcase was shoved under the bed just as there was a knock on her door.