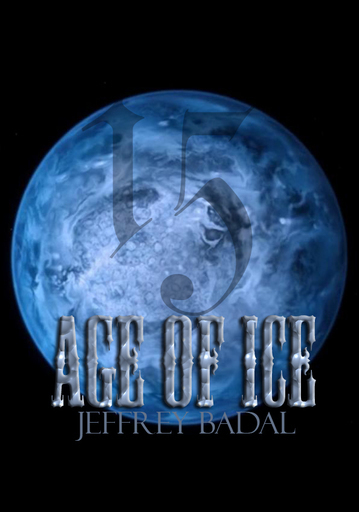 Join Brean as he wander the unknown planet. Covered with endless snow. Know why he got there. Know why the planet is peculiar. Know Brean's adventure. Know what's your age. Maybe it's the Age of Ice.

"Stop! Don't move an inch or we'll ..."
A big cracking sound echoed followed by a splash like someone was thrown in the water. Brean and Travis plunged in the icy lake water after the thin of ice collapsed.
"I told you not to move but you still ...", Travis shouted. "It's now too late to scold me, and maybe here in a few minutes we'll freeze to death." Brean interrupted.
Luckily, both of them knew how to swim but they still struggled because bit by bit they can't feel their every stroke.
"Uggh. Come on Brean," Travis swallowed some water, "what's the use of the swimming classes you attended if you can't even get yourself outta here?"
That pushed Brean to abruptly grab Travis' right hand and adorned them wrapping his neck. "Shut up! I'm doing my best here." Brean murmured.
Brean swam as fast as he could and got up at the far side of the lake before he can no more feel his arms. Travis then dragged Brean away from the water and squeezed his hands to stop them from getting numb.
"Do you still sense them?" Brean asked. "No, not anymore. Maybe they got lost out of nowhere in the forest. But we still have to get up on our feet and start movin' or else..."
A shoosh sounded out of Brean's mouth and got himself up in a sitting position. The numbness was gone.
"I've wanted this kind of silence for so long. Wanna shut your mouth and join me?" Brean spoke, giggling.
"Wait. Do you hear that Brean?" "Hmm. Nope, not a single sound I..."
Brean suddenly zipped his mouth. They heard few scratches from behind. They slowly got up from sitting and crouched lowly. Slowly, they crawled towards the side and hid into those snow-covered bushes. Their eyes are focused on the source of the scratches.
Maybe five hours from now, the sun would show up. But it has been eight months and thirty-one days in exact since it happened this gloomy, showing no signs of a sun out there. Snow covering every sight. The surface waters froze into ice. The wind whipping cold air that can pierce through the bones.
"Travis! You can't just hide from us. Don't be so coward. Just join us and leave Brean behind."
The boys shivered after hearing the loud shout of Marcus. Brean tightly clasped his hands and tried not to move a bit. Travis' eyes glared and pinned on Marcus' direction, then leaned his face towards Brean's left ear. "Let's just wait until Marcus pass us by meters away. Then we'll get start moving." Brean just nodded.
"You heard me right. Join us and leave that useless Brean behind." Marcus added.
"Oh, shut it Marcus. You keep doing that, making those boys more frightened." Noman teased.
Noman, short in height but with fair skin, moved towards the white bush where Travis and Brean hid, swinging and sweeping his arms showing everything that might be behind those. Noman was so concentrated on what he's doing while the hiding boys are staring blankly forward.
"Noman, we should head back to the base. Fio surely have captured Travis right now." Marcus called. "You said it!" Noman answered.
And Noman left in a rush to catch up with Marcus. Travis and Brean didn't move a little, hearing only their hearts beating fast and the thumping steps of Noman running afar.
"That was so close. I was so close to yelp out." Brean breathed.
"You said it." Travis replied, catching his breath.

Log in or Join Tablo to comment on this chapter...
"Boy, wake up. Care to open your eyes?"
A voice was waking Brean up. It seemed like a whisper in his ears.
"Five more minutes." Brean begged.
"Brean, wake up. What happened to you? My dear, please wake up! Son, please do wake up!"
"Mother?", Brean cried.
"Mother!" Brean woke up with tears running down from his face. "Boy, are you okay?". Another boy asked with his hands on Brean's shoulders shaking them. "Wait, stop it. I'm okay. Please, get off your hands." Brean said.
"Calm down. I'm not going to hurt you. Just helping you out here.", the boy explained. "You said you needed five more minutes to sleep but then suddenly tears showed up from your eyes. Was it one of your nightmares about dark sorcerers and monsters?", he teased.
"Well, yes. Laugh till you throw up your own intestines.", Brean said.
Oh boy, sorry if I teased you. You know, I'm just making up a good word. I'm Travis."
"And I want you to know that I'm really annoyed. Brean is my name."
A handshake was done and they sat down on bulging rocks facing each other. Brean noticed that the ground was fully covered with snow. His eyes wandered from left and right, front and back, everything was filled with snow. He started to wonder, his heart panicked a bit.
"Breanniboy, can we talk about things?", Travis asked.
"I think you should start asking now, I have a lot of questions to ask of you too.", Brean answered.
Travis took a deep breath with his arms folded around his body. The snow surrounding them obviously shows how cold their environment is.
"You know, I just got here also. Maybe twenty minutes or less wandered around before I saw you lying here. Yeah, and maybe I shouldn't be asking you these cause you just got here too. ", Travis explained.
"Yeah, and I think I can't even get any answers from you." Brean said.
Travis and Brean continued talking about their personal lives since they can't have answers about their present situation.
Travis is the youngest among his three siblings. When he was eight years old, his parents got into a car accident, his father had stitches in the head while her mother died. He can't remember any of his father's or siblings' names except his own name, not even his last name. He just aged fifteen on this day.
Brean is second among his four siblings. When his older sister, the eldest died at the age of five due to heart complications , he was then the eldest. His mother is a cake expert while his father is a martial arts instructor. He just also aged fifteen on this day.
"Hey! Did you just say you're also fifteen today?", Travis being surprised.
"Weird cause we were born on the same date, yes.", Brean said.
"Hey!''
Travis and Brean looked at the boy who just shouted. Surprised. The boy was not alone.
There were six of them.

Log in or Join Tablo to comment on this chapter...
Brean looked frightened. Travis signaled for a run. And just as they stepped firmly their soles on the ground, the boy on the center of the pack forwarded his right hand to halt them.
"Hep hep hep. We're not going to hurt you. We're friendly."
Travis leaned to meet Brean's eyes and then back to the boy.

"You bet. I'm Xia. Bad we're gonna get more boys in our clan. We're still outnumbered."
Travis stiffed in his position. Brean then stoop up and said.
"Who are you guys? You're Xia, right? What's going on here? In this place?"
"Woah. Woah! Hold up. Can we introduce ourselves first?", the boy interrupted.
The boy walked over. The rest of the pack followed him with Xia on the boy's right side. The chomping of their feet against the ground was the only music at the moment. The pack was then in front of Travis and Brean.
From the farthest right was Tony. Next to him was Noman, then Tara. There was Xia, then Marcus, and Sigmund on the farthest left having his own world.
Travis couldn't help but stare on each of their newly met guests. Brean too.
Xia, stood up from sitting on a log and whipped every snow that stuck on her pants.
"So, are you coming with us?", Xia directed to Brean and Travis.
"You need us? I mean, where are we heading?", Brean asked with a worried face.
Travis is muted.
"We don't know but we must keep on moving till we can get out from this place.", Marcus answered and didn't wait for Xia's approval to speak.
"I know that both of you are 15 years old. We all know that.", Xia explained.
"I'm fifteen!", Noman said.
"Fifteen!", Sigmund rallied, raising his hand.
"Me too.", Tara said.
"Ahuh!", Tony approved.
"They said it.", Marcus said.
"We are all fifteen years of age." Xia said.
"I still look younger than y'all!", Sigmund teased.
"Oh shut up Sigmund. Whatever!", Tara exclaimed.
And everyone giggled except Xia.
"Wait!, Brean squeaked. "But why are we here? How did we end up right here? What on earth is this place?"
"Antarctica!" Just a wild guess.", Sigmund teased again.
"You're not helping Sigmund! We need answers, you know.", Travis abruptly cut Sigmund's giggle.
"We don't know Brean. The sky has been gloomy since we came up in this place so there's no telling what time or day it is at this very moment. But I can say is that we've been wandering this place together for an almost a day in approximation. It's just weird cause we've never felt hunger.", Xia lectured.
"What's hunger?", Sigmund ever teased the third time around.
And everyone's eyes on Sigmund.
"Just breaking the silence guys.", Sigmund explained.
And just as Sigmund finished murmuring, snow instantly fell from above. Dropping crystals one at a time, and then two, and more of 'em.
The snow magically formed a silhouette right at the front of the group, with Brean moving to Travis' side.
Xia on a hyped position, ready to launch an attack towards the unexplainable form.
And just as Xia was about to grouch, the silhouette of snow turned into a human form.
Into a boy.
But there's something strange about him.
"He's strange.", Sigmund whispered but not on a teasing tone.

Warped In A Black Hole

After Drak, the Black Hole, devoured Earth, facts about Black Holes were falsified. Or maybe with Theodore Reemer's case only. He just survived the universal tragedy. Or maybe there's more of 'em. 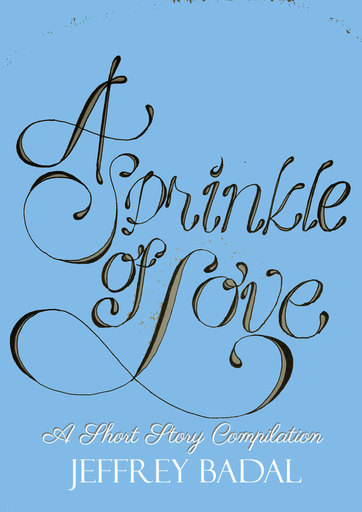 A Sprinkle of Love

A compilation of short stories. 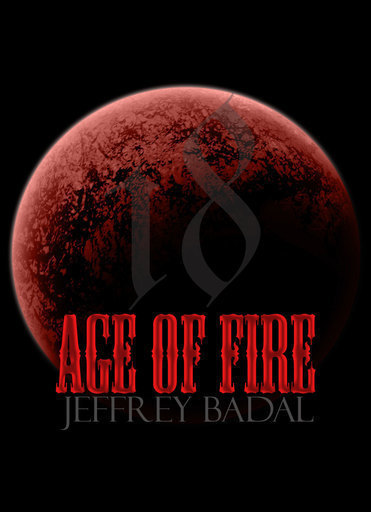 Twins Georges and Dweezle were brought to their wildest adventure. Know why they were warped to the unknown planet. A planet that's dry and hot with the ground colored in burnt red, gray and black. Know their common age. Maybe it's the Age of Fire.