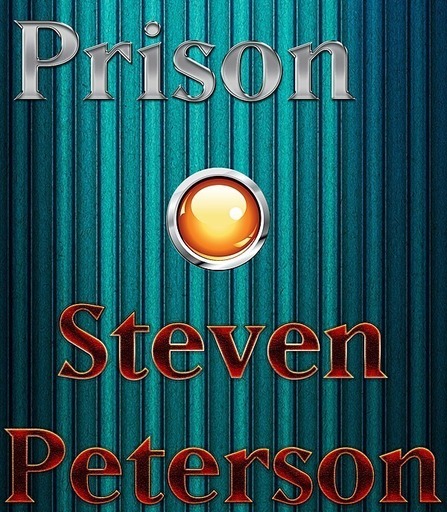 For being talented or gifted, you are sent to Prison. Society relies on you improving while you are there. But one inmate has a better idea.

Outside the day looked hotter than any Inod could remember, but trapped inside the pod, cool stale air gasped from the tiny ventilation duct above him; just enough to spare him the blistering heat from the blasted earth outside.

The pod was as barren as the landscape surrounding him; a single cot, toilet and wash basin were his only companions. Several of the other pods were occupied too. Inod watched, bemused, as at first they’d beaten and punched the thick glass windows of their pods when they’d been taken, their family and friends held back by microwave fields. It hadn’t made any difference; they were still trapped. That’d been a few hours ago now, the fools were lay or sat now with aching hands, swollen knuckles, stiff fingers and intact windows.

Inod was stood by the cot; thoughts of his parents came back to him from when he'd been taken. His father's face a blank slate, a brief flash of something over his mother's; maybe the hag was able to feel something after all. His father had only just got there when Inod had been loaded into the pod. He normally loved the sound of his own voice, but the old man was as quiet as the grave. Inod had tried searching his face for any clue as to what he was thinking. But there was nothing, for the first time the old man looked at a loss. Strange, he’d always known what to do. Inod was suddenly reminded of when his uncle had died.

They’d been looking for supplies and it was getting far too close to dusk. They’d been finishing off stripping some copper wire inside one of the Ancients’ ruins when someone had disturbed a nest of Geons. They’d immediately taken flight, but as they’d tried to fight their way out, the walls just gave up. Five had been injured; the rest had been in shock. Inod's uncle would have been shouting out orders, cajoling, threatening. But he was missing. They’d found him trapped inside one of the basement’s rooms. Along with the girl. Inod’s father had gotten them all back home, along with his uncle’s body, before the horrors of nightfall even had chance to stir, it had been the right thing for the old man to take over.

Others from different groups had been taken, Inod remembered with a half smile as grief stricken families hurled themselves against the microwave barriers; painfully trying to reach the captives. Inod's group had watched without a word.

The bleached wasteland outside rolled past in a blur. The scenery hadn’t changed for about an hour now, the hover sled on which the pods were fixed was crossing the bed of a long dried up sea. Inod had once heard such places were dotted with the wrecks of the Ancients; air vehicles and water vessels, but dead soil carried by the warm gales had long since eroded them away.

The rest of the sled held storage lockers, containing the evidence of the captives' ‘guilt’, two equipment bays and at the centre, the Warden itself. The metallic gargant had only spoken to arrest Inod and warn the others not to interfere; it had remained silent ever since. Not for the first time Inod wondered how he’d been found out.

The dull hum of the sled’s repulsors grew slightly; they were climbing now out of the sea bed. The dust and grit disturbed by the sled’s passage changed colour as the thrusters upset patches of ground partially hidden from the relentless glare of the sun, the plume lost its white sheen and Inod saw swathes of red and even browns and greens cascade behind them in the hover sled’s wake. Inside the pod, the change in movement was barely noticeable. Inod had filled the basin with water to drink from, still half full its surface had barely rippled while the sled ascended.

Now out of the dried up sea bed, a new feature caught Inod’s eye, vast ivory walls that even from a distance were gigantic. He’d never seen this place before, but he recognized it instantly: he was going to prison. The other captives renewed their futile attack against their pods at the sight of the looming walls, Inod almost chuckled.

In the shadow of the prison’s smooth, featureless walls, it was only just possible to see the gun emplacements poking out over the scorched wastelands below. The sled slowed as it approached the only entrance Inod had seen. He saw people too, a mob of them trying to shelter within the gateway, but as the sled approached invisible barriers flickered to life; people scurried from their influence, those too slow writhed in agony as the microwaves heated the water molecules in their bodies.

The sled came to a halt before the titanic prison doors, the microwave fields kept the throng of people away, their voices muffled by the pod’s windows, but stones rained down on the sled, Inod watched as some of them ricocheted off the pod he was in.

The Warden disengaged itself from the centre of the sled, vast even though it was; the mechanoid was dwarfed by the entrance to the prison. It stomped towards the mob, a weapon nacelle deploying onto its shoulder. A selected weapon within fired, a spider web of fine metal strands darted out into the crowd, many were struck by the barbs at the web’s tips. There was a hum as a high voltage flowed into those unlucky enough to be caught by the strands; they trembled and fell to the ground.

The Warden reengaged with the hover sled as the titanic doors slowly swung open. The sled gently swept forwards into the prison as the gates slammed shut behind them. The tunnel inside was illuminated by painful spotlights in the roof; the sled stopped again as automated sensors swept over it. Finally the doors at the far end, as large as the preceding ones, opened and the sled slid out once more into daylight.

The Warden led Inod and the other captives into a vast, brightly lit room; even though the mechanoid was about three times the size of him, it still looked small as it marched them through the centre of the cavernous space. The room was empty except for cream coloured stone pillars arranged like waiting troops every ten metres along the central walkway. The floor was covered with a thick red carpet, which seemed to absorb the whimpers and sobs from one of the captives, a balding middle aged man. He held a hand close to his chest; clearly he had attacked the pod with vigour. Inod had never seen so much carpet in perfect condition; he’d only found it in dirty scraps and even then only within old Geon nests.

At the far end, upon a raised dark wooden dais stood an older man before what Inod initially thought was a circular window. The man was clearly quite old, his hair was grey and his face lined, there was even a slight stoop to his posture. Inod looked at him with fascination, people generally never made it to that age.

‘I am the Governor of this prison.’ His voice echoed around the room, it seemed to ebb away and then come crashing back like the waves in a harbour, the rich carpet powerless to absorb it. The colossal room reminded Inod of one of the Ancient places of worship. There was never anything worth salvaging in them, but Inod’s mother had enjoyed sitting inside them; the smell of rot and decay never seemed to bother her. She had often made Inod sit with her, he'd only ever refused once as a child. He'd quickly learned to never refuse again.

‘We still need to atone.’ The hag would snarl.

He’d never really understood or cared what she meant, but sank to his knees anyway.

‘Why am I here?’ Inod finally asked. The balding man was shocked out of his whimpering, but the Governor merely gestured to a table at the foot of the dais, upon which sat the ‘evidence’. Inod had stolen and killed, he couldn’t see why what was perched on the table was a greater crime than any of that.

What Inod had originally thought to be a window behind the Governor was actually opaque, like a wall of frosted glass. But now it rippled with colours: orange, reds and even violets. The Governor watched them intently, mouth slightly open. The Governor nodded several times, as if agreeing with some speaker that Inod couldn’t hear.

‘The sentence is three years.’ His voice rolled around the room, some of the other captives seemed to jerk as if hit by gunfire, the balding man dropped to his knees, a skeletal woman lifted her chin defiantly to look the Governor in the eye. ’ In three years time your sentences will be reviewed, if you are found inadequate you will be released. However, work hard enough and you may have your sentence extended. You will be summoned for the next meal time.’

His words were puzzling, but Inod noticed that the Warden had left; the carpet had hidden its footsteps. The Governor had slipped away too. The captives huddled together, murmuring and whining to each other. Trying to understand together what was happening. But Inod was suddenly running, faster and faster. The platform that he had descended on was not there, so Inod found some stairs instead; he raced back to the surface. He took them two at a time and was quickly out of breath.