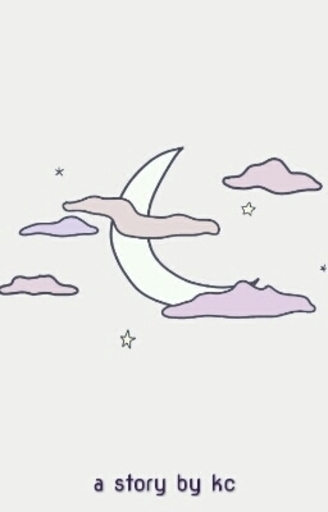 38 Reads
2 Favorites
Get the App

"What do you want out of life?"

"But if you don't know what you want, why are you even here?"

a story by kc.

"Good morning, Oso," Koi said brightly as she hoisted herself onto a large desk chair facing an even larger computer monitor.

"Oso means bear in Spanish. Good morning, KOI. Koi, or more specifically, nishikigoi, is a breed of common carp typically found in Japan," Oso replied. Koi grinned and tapped a series of numbers into the keypad before her to unlock the computer. The entire room was filled with a melodic hum as the system whirred into action.

"What's on the agenda for today, Oso?" Koi asked distractedly as she continued the start up process.

"Oso means bear in Spanish. Today's agenda consists of: breakfast with EMI, playing video games with SAGE, and dinner with MOM. Do you need me to repeat that one more time?"

"Very well. Do you want me to set alarms on your cellular phone to ensure that you arrive on time to each of these events?" He was clearly ignoring her other comment. Koi sighed.

"Just set one for breakfast and dinner, please."

"Working... please be patient... Okay, alarms set for: breakfast with EMI and dinner with MOM. Is this correct?"

"Correct. Thank you." Koi pulled up a web browser and typed into the search bar: what is the spanish word for bear?

"Good morning, Koi!" Emi shouted happily as she opened the door. "Breakfast is just about ready; come on in!" Koi smiled warmly and stepped inside. She took off her snow-covered shoes and threw them into the closet near the door.

"I can't believe it's snowing outside," Koi commented as she walked into Emi's vast abode. Emi had one of the biggest houses Koi had ever seen in her entire life. Everything was white, which kinda made it feel like not a home. Koi didn't really notice it though. Every house was a home to her, even the ones that were not.

"Isn't it fantastic? I love the snow. I think the color white makes everything look prettier," Emi gushed from the kitchen. She emerged with a tray of steaming food: eggs, pancakes, veggie bacon, and hashbrowns - Koi's favorites! Koi's eyes sparkled at the sight of all the delicious food.

"It's a little inconvenient though," she argued, trying not to drool. "Traffic is super backed up. I had to leave really early just to get here on time."

"Did Oso tell you to leave early?" Emi asked with a knowing grin.

"Of course." Koi pulled her phone out of her back pocket and showed it to Emi. "I've got him right here."

"I have my OS on my phone too. I upgraded to the Voxx. I haven't named it, though; don't see much of a point." She set the food down on the table and went to go get plates and silverware and cups of OJ.

"I dunno, I guess I've always named things," Koi replied sheepishly, feeling more than a little childish. Emi returned with everything else and set it all on the table. The two girls started to eat.

"Let me talk to him," Emi suddenly demanded through a mouthful of eggs. Koi took out her phone and set it on the table. She held her finger on the touch screen and it beeped a little tone, alerting her that Oso was awake. "Hello, Oso!"

For a while, the phone was silent, until suddenly, it beeped again. "Oso means bear in Spanish. Hello, EMI. Emi is a Japanese girl name meaning 'beautiful blessing.' Koi is a Japanese fish. Perhaps, it is fate?" Emi laughed. Oso said this every time Koi visited Emi.

"Perhaps it is so. What is the temperature right now, Oso?"

"Oso means bear in Spanish. The temperature right now is -1 degrees Celsius, or about 30 degrees Fahrenheit, or about 272 Kelvin. It is also snowing, and will continue to snow until 3:00 this afternoon, when it will take a brief recess before starting again at 4:45 this afternoon. EMI, according to my data, it seems that your birthday is this Saturday, December 15th. Is this correct?"

Emi blushed. "That is correct."

"Koi, would you like me to set a reminder for December 15th, EMI's birthday?"

"Yes, please, Oso." She gave her friend a sly look.

"Oso means bear in Spanish. The reminder has been set."

Emi took out her phone. "Let's battle our OS's, Koi," she suggested with a devious smirk. Koi seemed surprised and a little nervous.

"Oso means bear in Spanish. I do not know what you mean by 'battle.'" Me neither, Koi thought.

Emi held her finger on her touchscreen until it beeped a tone (different from Koi's, of course).

"Hello, EMI. I am ready for use," an attractive male voice with a British accent spoke from the phone. Koi raised an eyebrow and Emi shrugged.

"Don't judge me, Koi." She turned her attention to her phone. "OS, what is the temperature right now?"

"He was a little more specific, no?" she said smugly. Koi scoffed. She was quickly realizing what Emi had meant by "battle."

The phone was quiet; the OS was clearly hesitating. "On December 15th, 1612, a German astronomer named Simon Marius observed the Andromeda galaxy through a telescope," it finally said.

"Yes, but whose birthday is on December 15th?" Koi pressed, giving Emi a sly look. Emi took a bite of her pancake with a sour expression on her face.

The OS hesitated again. "Nero, the fifth emperor of Rome during the years 54-68 A.D."

"Many birthdays are on December 15th, including the Roman emperor Nero, physicist and Nobel laureate Henri Becquerel, and Eiffel Tower architect Gustave Eiffel. However, most pertinent to you, Koi, is EMI, your best friend since the age of three."

"That's not fair, you just told him that!" Emi complained.

"He knew it already, though; don't you remember?"

Emi pouted. "Fine, Oso wins for now. Let's battle more often. You know, an OS is only as smart as it's taught to be. If we battle our OS's, they'll learn new things from each other and become smarter that way. For example... OS, whose birthday is on December 15th?"

"According to new information in my database, it seems that your birthday is on December 15th, EMI," the OS responded quickly. Emi smiled.

"See? My OS heard Oso say my birthday and now it knows! Ask Oso what the temperature is right now."

"Oso means bear in Spanish. New information in my database has caused me to update the previous temperature I told you. The actual temperature right now is -1 degrees Celsius, or 30.2 degrees Fahrenheit, or 272.15 Kelvin."

"I get it now," Koi said, her voice full of wonder. "I didn't know the OS's could learn from each other; I thought Oso only learned from me and the official databases."

Emi shook her head. "OS's learn from everything. I found that out when I upgraded to this one. The lady at the store told me all about it. She said that if I activate my OS and just walk around with it on all day, it will have learned a bunch of new things by the end of the day! Isn't technology amazing?"

Koi looked down at her phone on the table. Impulsively, she held her finger on the touchscreen until a tone played, signaling that Oso was no longer awake.

Maybe a little too amazing.