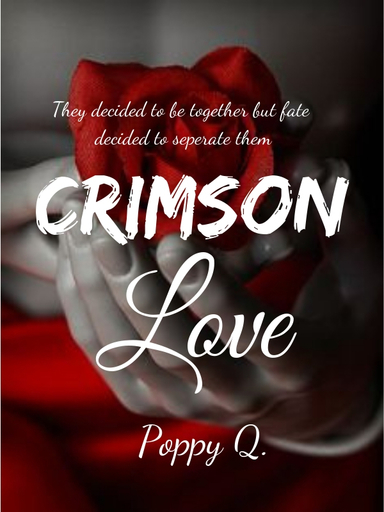 *BL story* Mark was a bullied student who has a chance encounter with Akio, a Japanese transfer student. Akio is a kind person who helps Mark in every way possible. However,over time,Mark realises that Akio is not who he seems to be and falls into great troubles. Will Mark find the truth before it is too late?

15 Reads
2 Favorites
Get the App

Being a Half American-Indian boy,Mark had spent most of his childhood in America. He had come to China in hopes of studying in a good college. Keeping the Indian economic mentality at bay, his father chose a college that would provide him the best scholarship, but this had come with a large price to pay.

Not knowing Mandarin, he had trouble to find good places to eat, to buy books or even his groceries...

Besides that, he was a victim of bullying at college. Mark had many factors to become subjected to bullying. He was overweight, had a very timid outward appearance but most of all, he was not 'beautiful' like his other classmates. With all that in place, he was successful in grabbing attention of the uni's only hooligan, Gu Ren a.k.a 'The Boss'.

Everyday before entering the uni building he made sure to pray to god, wishing not to meet Gu Ren. Today was another ordinary day, like other days.

"Please God,please help me today..." was his usual phrase but today it was interrupted by something extraordinary.

A boy, about his age,passed by him. His movement was swift and momentary, but Mark's eyes stood fixated upon him. His raven black hair flew along the breeze. His arms were gleaming through his half-sleeved shirt. His eyes were a perfect shade of brown, which reminded him of his favorite mocha. His mind was brimming with emotions, not of joy, as you'd expect but with anger.

Not only hated but despised them. He knew that beautiful people could get anything on the tips their fingers. All they had to do was flip their hair and all girls would swoon over them.

"Hey fat brownie...where are you off to?" Gu Ren yelled across the hallway, proceeding towards him.

"What about today's share of bullying? Do you want it now or after class?"He asked,pushing Mark to the wall.

"Can you do it after class?I have many people's notes to complete."

Sensing danger, Mark tried to run off but his sprinting was nothing compared to title winning athletes.

The Boss grabbed him by the nape of his neck."Where are you running off to brown bear? You actually thought I was gonna listen to you?"

By this time he was completely surrounded by agile and strong people who had blood-shot eyes. Mark decided to shut his eyes and leave everything to god.

"What are you trying to do? Move out of my way,Bakayarou!"Mark heard an angelic voice.

"Where is our Japanese geisha going off to?"the boss asked.

"I am heading somewhere you can't go to." He replied."Now move away before I take action."

"Well you can if you want to."The boss replied.

Not long after, Mark heard the sound of people groaning in pain. He realised he was not in danger anymore.

He opened his eyes. The sight was worth to behold. In front of him, laid defeated delinquents and among them, stood the beautiful human. There were countless bruises on his gleaming arm. His hair was dripping with sweat. He seemed more beautiful than before. His long arm stretched out towards Mark.

Mark felt confused. He got up and rushed past the beautiful human. He ran across the building, dashing people along the way, finally stopping at the school terrace.

From the terrace, he looked down at the beautiful human, who was fazed and was trying to comprehend about what happened a minute ago. He saw something gleaming and picked it.

"it's my ring!" Mark exclaimed as he saw the stranger pick up his ring. "It's my family's only souvenir I was safe guarded to and I could not even protect it ."I am actually very stupid"!

"Any way,why did I even run? I had not committed a mistake and on top of that I lost the family ring...how stupid of me? but why did the stranger help me?"He thought to himself.

Truly a question to be asked . Before today, many people saw Mark's state but no one helped him. They passed by the place as if nothing happened and ignored the situation. If so, then why did this stranger go out of his way and help him? Could this beautiful human become Mark's very first friend?

Mark soon got over the incident and headed to his class .It was already 8:30 a.m and the classes had already begun.

"Where were you all this time?"The teacher asked with a tone of annoyance.

"It's only today that I am allowing you to sit in class.Next time,if you're late,you're out."The teacher scoffed.

Mark scurried to his place and sat down,took his books out and was ready for the class.

"Well students,today I shall introduce you to a new student...He is new to this place and has not studied Mandarin,but will gradually catch up.Please make sure not to make him feel different."The teacher said,emphatically.

"Huh.Pretty much nothing was said when I joined."Mark ranted to himself .

"You can come in now"she said,hovering her eyes towards the entrance door.

The door opened ajar and the new student entered.

All the girls were fazed by his beauty."How could a man possibly resemble a donghua character in real life?"They asked each other,thus breaking the silence.

"Wait a minute,where have I heard this voice?"Mark looked up.To his horror,it was the same person who saved him.

Mark returned to his books,pretending to hear nothing.

"Well you will need a place to sit..you can sit there near the window".she said, gesturing her hands towards the place.

The "beautiful human"sat down right across Mark.

"Weren't you the one who was getting beat up by bullies?" The beautiful human asked,in a loud voice.

"Are you even for real ?When faced by the bullies,you were straight up aggressive and now you are just acting like a cinnamon roll just for attention.How hypocritical  could you even get?"Mark thought.

At about 2 p.m,or when the school disperses,Chengdu was greeted by an uninvited August downpour.Most students had their umbrellas and left school,except Mark..

Mark stood under the concrete awning,waiting for a miracle to happen..and it happened..suddenly,Mark's head was covered by an umbrella...he turned around and saw it was the "beautiful human".

"What are we?shoujo manga characters or something ?"Mark thought.

"It seems you have some problems here."he said,proceeding towards Mark.

"No I don't.Mark replied rudely.

"Well you can rant as much as you want along the way.Now hurry before you catch a cold."

I won't...ACHOOO.it was a loud sneeze.

Mark agreed and they started walking...however the road seemed much longer than before..two people under the same umbrella..almost seemed like a date.

"By the way,what is your name?"Mark asked,finally breaking the awkward silence.

"What is a Japanese doing here in middle of China ?"Mark asked curiously.

The strangers face had turned into a sad aura...he did not answer.

Mark realized he asked a wrong question,besides,It was not a personal question that he asked.He decided to change the mood  by asking something else.

This beautiful human sure has a much beautiful name!

A strong gust of wind blew and Akio's umbrella upturned..with no sign of being repairable.now stood two men drenching in the rain with nowhere to go,as the weather became extremely foggy.

Was this coincidence or simply fate's foul play?

"It's all due thanks to you we end up here".Mark said sarcastically.

"what are you trying to say? Huh? First you invite me to share an umbrella,Then you lose it and you shout at me? Is something wrong in your head?"Mark said in defence.

A middle-aged man was witnessing the chaos silently.He chose to speak up.

"Are you guys done? I just stopped by to ask whether you needed help.."

They were led by the man to a cottage..It was traditional Sichuan Architecture house made of wood...A beautiful garden uplifted the beauty of the already beautiful house...The rain had soaked the wood and the house was smelling like a sandalwood forest..They entered the house lighted by paper lamps that gave out a soft glow to every thing.They were warmly welcomed by an another middle-aged man.He assisted them to refresh themselves and they all sat down for dinner.

A freshly boiled hot-pot soup was brought to the table,not to forget,accompanied by Chengdu's special crayfish sides.

Every one picked a piece of meat and dipped it into the soup.They devoured it in one-bite.

Mark had never tasted anything like it.He forgot about everything but cleaning his plate.

"It's not you who is paying for eat.So,shut up and eat." Mark said, irritated.

"Are you guys like a couple or something? One of the men questioned,suspiciously

"I was watching you.You fight in the same way me and my wife fight over small things."He said,with pride gleaming upon his face.

"Oh,by the way,where is your wife? haven't seen her since we came."Akio inquired.

"My wife? HE is sitting right beside me"he said pointing to the other man sitting beside him.

A sound of chopsticks falling was heard...Mark and Akio were shocked to the core..They had seen many BL couples in movies and dramas,but never in real life.

They tried to change the topic..but the situation became even more awkward..

After a series of awkward encounters,It was finally time to leave.The rain had stopped pouring and the sky was clear. Akio and Mark thanked the couple profusely and departed.

It was sunset time and the sun was already fading into the horizon.The sky was adorned with shades of pink,blue and purple with tinges of orange.It was beautifully reflecting off the surface ot the tea which the couple was drinking,sitting in the veranda of the house.

"Say,will there be a day when people will not belittle people like us?"one of them asked the other,placing his palms on the others'.

"There will be a day when we will have equal rights and will not be mocked.The day is nearer than you expect."Said the other.

They both spent their day staring into the horizon,where they could see a bright future awaiting them.

The day had passed and a new day awaited all.However,some people's mornings were not as peaceful.

The loud buzzing of the doorbell woke Mark up.He opened the door and saw the landlady standing.

"I hope you have no problems here.Is everything so far all right?"She asked,with a commercial smile.

"Well then,I might be causing you some trouble,but it will be fine."she said,flaunting her commercial smile."You see,we had some accommodation problems and only you live alone..so we have to shift a tenant in your block.I hope it's fine with you."

The tenant entered the house.It was none other than Akio."Well,it seems that fate has brought us together again."He said,with a smirk.

what was with these chain of coincidences..could they be hinting at something?